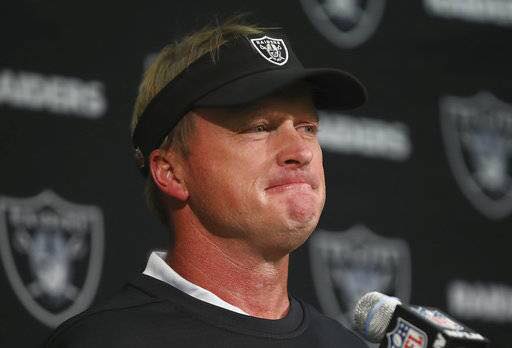 “That’s what happens when you go cheap” – Dion Lewis

Week 10 saw a batch of non competitive games as only three Sunday games and the Monday classic were decided in the 4th quarter. The Saints, Chiefs and Rams continue their dominance as the focus turns to this Monday night in Mexico for a Rams home game against the Chiefs in what will be hyped as a possible Super Bowl matchup. Both teams have fleas on defense and Cooper Kupp’s injury will test the Rams’ depth. Come playoff time will Andy Reid’s misfortune continue? Will Sean McVay’s inexperience hamper the Rams ability to take that next step? The Rams and Chiefs have their bye week in Week 12 and then everyone will be caught up for the stretch run. Let’s channel Larry King with 32 observations for 32 teams this week.

1. The Patriots look to secure a first round bye in another year of minimal resistance within their division.

2. The Dolphins are mired in mediocrity and will spend the rest of the season looking to the future and whether it involves a new quarterback and coach.

3. Sean McDermott has respresented himself well by keeping his team in the fight with a quarterback pulled off of the street.

4. Todd Bowles is a gentleman and easy to root for but unfortunately those traits don’t always make a great coach.

5. The Steelers and Mike Tomlin survived The Le’Veon Bell chaos and now look forward to the Jesse James revenge game vs. New England at home on 12/16.

6. Baker Mayfield and Denzel Ward bring a lot of hope to Cleveland but front office and coaching stability is needed for a successful future.

7. Marvin Lewis fired his defensive coordinator as he and Andy Dalton try and survive another season after a hot start.

8. John Harbaugh will have his pick of many coaching vacancies as the Ravens usher in the Lamar Jackson era.

9. Deshaun Watson gets healthier every week as the Texans continue to improve and look to become more than a one and done playoff team.

11. Andrew Luck, Frank Reich and an improving defense add up to a bright future in Indianapolis.

12. The Jaguars overhyped defense is crumbling and Doug Marrone has lost control of the egos in the locker room that got too overconfident after two playoff wins last year.

13. The Chiefs look unstoppable on offense and gear towards the playoffs with hopes that their defense can make a couple of plays to alter Andy Reid’s playoff record.

14. The Chargers look to stack up wins against weak opponents and hope to get Joey Bosa back to take them to the next level.

15. The Broncos are average at many positions as John Elway rolls out the latest QB of the Year Club member.

16. The horrendous Raiders look like they are playing not to get hurt as John Gruden prepares to bring in his own guys.

17. Washington has a golden opportunity to take a three game lead with a win at home over the Texans and potential losses by the Eagles at New Orleans and Dallas at Atlanta next week.

18. The inconsistent Eagles are going to finally run out of games and realize they can’t turn playoff mode on and off.

19. Jason Garrett figured out that it might be a good idea to feed Ezekiel Elliott in the 4th quarter.

20. When a team picks up an offensive lineman off waivers and inserts him into the starting lineup you have the 2-7 Giants.

21. Mitchell Trubusky improves every week as the Bears fans get pumped for a long awaited return to the playoffs.

22. The Vikings gear up for the two huge games vs. the Bears that will determine the division winner.

23. Detroit has to figure out how to maximize their dynamic weapons on offense: Kenny Golladay and Kerryeon Johnson.

24. Green Bay has left themselves little room for error as Aaron Rodgers carries them on his back.

25. The Saints defense improves every week as they add Brandon Marshall for WR depth.

26. The Panthers need to put that Steelers debacle behind them quick and focus on how to slow down the Saints in their two games together.

27. The Falcons are up and down and running out of time.

29. The Rams have their eyes on home field advantage.

30. Seattle fights hard for Pete Carrol but have lost too much talent on defense.

31. Arizona is all about developing Josh Rosen for future victories.

32. Kyle Shanahan is another offensive wizard and now just needs his key players to stay healthy.