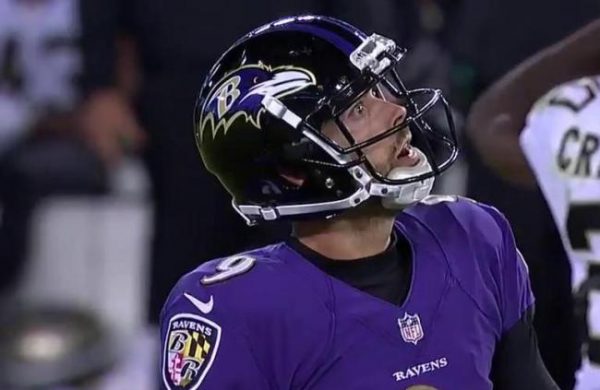 “The first thing we’ve got to do is stop turning the damn ball over!” – Doug Marrone

We’ll mix things up this week and go outside the box with a breakdown of where your favorite team stands after Week 7 and get a jump on the proliferation of mid-season awards and revised predictions that NFL columnists will bombard us with next week.

Super Bowl Contenders: Rams, Saints, Vikings, Chiefs and Patriots. The Rams have everything together on both sides of the ball and on the sidelines. A pillow soft division offers little resistance and only a major injury or two can slow them down. The Saints improve on defense each week and the football gods have already granted them a couple of opposing kicker induced victories. When the great Justin Tucker misses his first PAT since he was 16 years old to get a victory it just might be the Saints’ year. They get to exorcise recent demons with a return to Minnesota this Sunday night where the Skol horn has been ringing in their ears since January. The Vikings look ready to go on a roll and take over the NFC North after a couple of early stumbles. The Chiefs and Patriots continue to thrive in the pass friendly era and are notches above the rest of the AFC.

Playoff Contenders who will have to win on the road to get to the Super Bowl: Packers, Bears, Eagles, Panthers, Ravens and Steelers. Green Bay makes this group only because of Aaron Rodgers but the upcoming Rams and Patriots games back to back may derail their season. The Bears have youthful talent on offense and defense that will keep them in the hunt. The Eagles and Panthers both have experienced leaders who are playoff tested. Their clash this past Sunday was a classic Any Given Sunday game. The Eagles were in total control through three quarters and all of a sudden the Panthers’ alarm rings and they totally dominate the last ten minutes and pull out an uplifting win, handing a deflating loss to Philly. The Ravens and Steelers are both flawed and dangerous. However there is the Leveon Bell situation perpetually hanging over the Steelers’ heads.

Fringe Contenders hoping at best to be last year’s Bills: Cowboys, Redskins, Falcons, Seahawks, Jets, Bengals, Chargers, AFC South. This group of teams are all up and down and at best can sneak into the playoffs only to exist as a first round bye for their opponent.