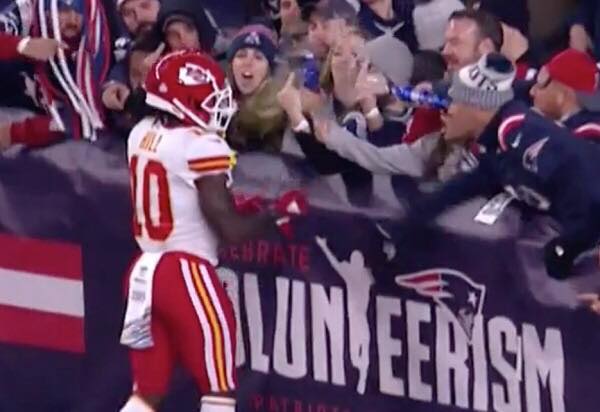 “Well, we made all our damn kicks!” – Anthony Lynn

Three out of four teams in the NFC East responded with professional, playoff caliber efforts that dispelled the notion that they have soured into the worst division in the NFL. Guilty as charged. All the credit in the world goes to dominating efforts on both sides of the ball by the Eagles and Cowboys while Washington did enough positive things to gut out a tough victory over a game Panthers squad at home. The Zeke and Dak Show destroyed a much hyped Jaguars defense with a sprinkle of Cole thrown in silencing Jalen Ramsey’s big mouth for a week at least. The Cowboys have struggled at their new stadium prior to this year with a 20-20 home record over the last five seasons as opposed to a 26-14 road record. So far this season the Jerry Dome has proven to be a house of horrors for visiting teams. The Eagles responded to Super Bowl Hangover accusations with total domination over the hapless Giants. 3rd down conversions were the story of this game as the Eagles converted 9 of 16 while the Giants were 4 of 14 all in garbage time.

As units go, the offensive line is proving to be a decent barometer on how successful a season a team is going to have. Six weeks into the season and the Raiders, Giants, Bills and Cardinals are looking towards the 2019 draft primarily because of hideous offensive line play. Teams such as the Titans, Texans, Seahawks and Vikings still have hope but their offensive line play needs severe improvement to remain in contention.

Nobody saw Chicago at Miami being one of the most thrilling games of Week 6. Ryan Tannenhill going down might have been a blessing in disguise at it turned into a rare Magical Brocktober Sunday afternoon in Hard Brock Stadium. The fascinating turning point saw the Bears up 21-13 with 12 minutes left in the 4th quarter and getting in the end zone to go up two scores on the way to 4-1. But an offensive pass interference penalty followed by a Mitch true biscuit right into the numbers of Miami’s T.J. McDonald in the end zone gave the Dolphins life. The Fins tied it up, overcame a goal line fumble and missed Bears’ FG in OT to survive and come out at 4-2 while the Bears four week tour of the AFC East continues with a visit from the Patriots. A thin line between the thrill of victory and the agony of defeat.

The epic game of the week saw Showtime Patrick Mahomes and the Chiefs vs.the Patriots. New England’s much maligned defense held Mahomes Magic to three first half field goals and survived after breaking down in the second half as they had no answers for KC’s talent and explosiveness. The Patriots keep on making history as it was the first time ever a team had zero punts and zero penalties. QBs under 25 years old are now 0-24 in the regular season on the road against Tom Brady and Bill Bellichek. The Chiefs defense is on pace to allow the most yards in NFL history. History shows that the only way to stop the Pats is to somehow get hits on Brady and rushing only three defenders isn’t going to get it done. KC must come up with a different defensive scheme if there is a playoff rematch in January. NFL fans can only hope for a sequel.