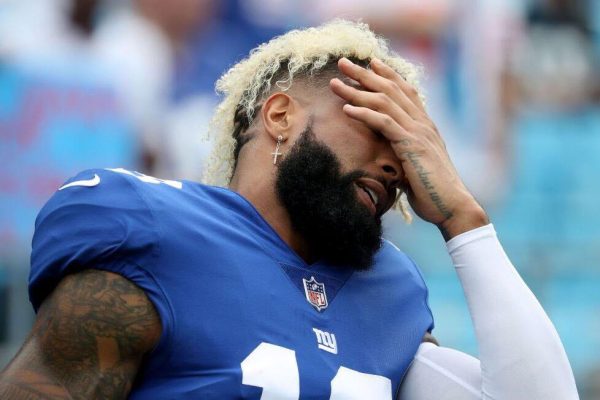 “A wise man once told me great quarterbacks are only as good as their kicker.” – Cam Newton

This week we take a deep dive into the worst division in the NFL: the NFC Least. Starting off with the defending Super Bowl Champion Eagles who are finally feeling the effects of the Big Game hangover. Carson Wentz has taken a ton of hits since his return as the Eagles’ backs have been brutal in pass protection and Wentz has displayed vulnerability in protecting the football when he gets hit. The Eagles front dominated most games last year but they find themselves on the field for more minutes and the results are less domination and turnovers caused. Now Eagles fans are expecting a big move for Le’Veon Bell or Shady McCoy like last year’s huge pickup of Jay Ajayi, who is now done for this season.

Jerry Jones boldly stated that he thinks his offense is similar to the Rams but unfortunately for him, it’s the 2015 Rams. Jason Garrett decided to punt from the Texans’ 42 in overtime when the Cowboys have converted 95% of 4th downs with 1 yard or less since 2015. Garrett showed no confidence in his offensive line and another close game slipped into the loss column.

The Washington Generals played patsies for the Monday Night Drew Brees Globetrotters Show in an easy Saints win and record celebration. Alex Smith and Washington continue their nondescript mediocrity and will not be taken serious as until they get a couple of big division wins under their belt.

Last and definitely least are the NY Giants and the 16 episode Odell Beckham dramatic series. Sunday’s loss to the Panthers was a microcosm of Beckham’s career: A spectacular one-handed grab, a dynamic TD catch, a highlight reel TD pass, sideline histrionics, a crucial two handed drop on 4th down, a 50-50 potential TD that ended on the ground, a boneheaded special teams gaff gifting the Panthers a TD and ultimately a loss in the standings. This was all preceded by a foolish, selfish ESPN interview where he showed more love for Lil’ Wayne then any of his coaches or teammates. He never holds himself accountable or shares in his team’s failures. The Giants can only blame themselves for handing over all that cash for someone more interested in self promotion than being a great leader or teammate. Beckham and the Giants are ignoring history as his career is following the same trajectory of Hall of Famers Terrell Owens, Randy Moss and Chris Carter: all tremendous wide receivers who never won a Super Bowl and will be more remembered for their selfishness and not being great teammates. Yes it is obvious that the Giants need to get a quarterback as Eli Manning refuses to look down the field and loves throwing the check-down. Maybe their gallant fourth quarter effort vs. the Panthers will turn things around. Tune in Thursday vs. the Eagles for the next episode of “As the NFC East Turns”

“Not second-guessing. But we were being outplayed. It’s time for risk at that particular time.” – Jerry Jones