Happy 2014! Weber Has Issues is starting the new year off with a look at a brand new Image comic written by Starman’s James Robinson. Robinson recently left DC after complaining about editorial meddling on his “Earth-2” book, and has returned to the much more creator-friendly Image family (once the home of his late, lamented “Leave it to Chance” series from the 90’s). Robinson has long been one of my favorite writers, and the point of my blog is to direct people to comics they can pick up and enjoy without any prior comic reading experience, so I’m very excited to check this one out. 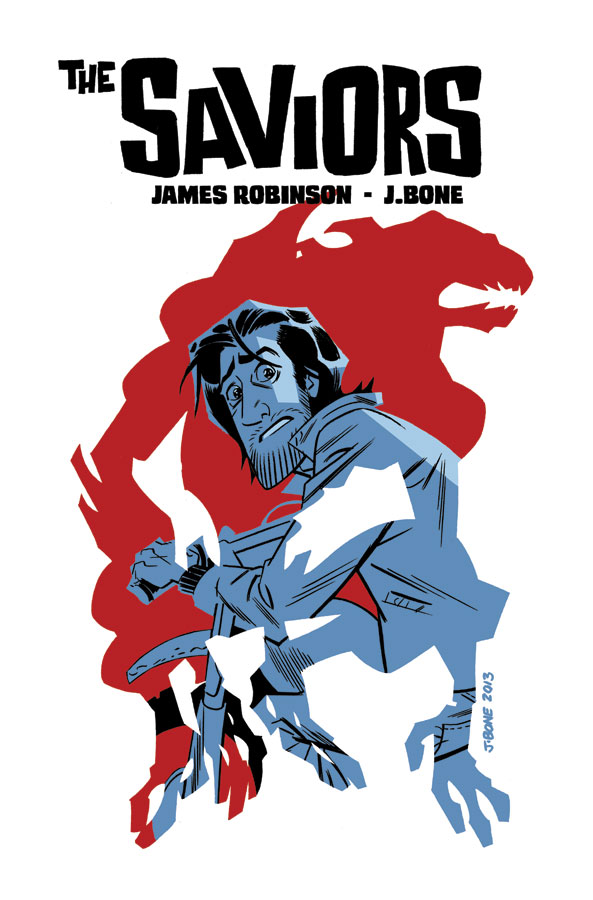 The Saviors #1(Image Comics, $2.99) by James Robinson with art by J. Bone, starts off with a monologue by Tomas “Tommy” Ramirez, a daydreaming pot-head who’s happy with his life of routine in the small town of Passburg in the American southwest. Tomas, while savoring a joint during a break from his job at the local gas station, describes his entire life to a vagabond lizard (not the Spider-Man villain, but an actual lizard). I was initially a bit annoyed at this clichéd contrivance, but after reading the entire book I understand Robinson’s intent and the importance of establishing the status quo before the story takes a turn for the crazier. 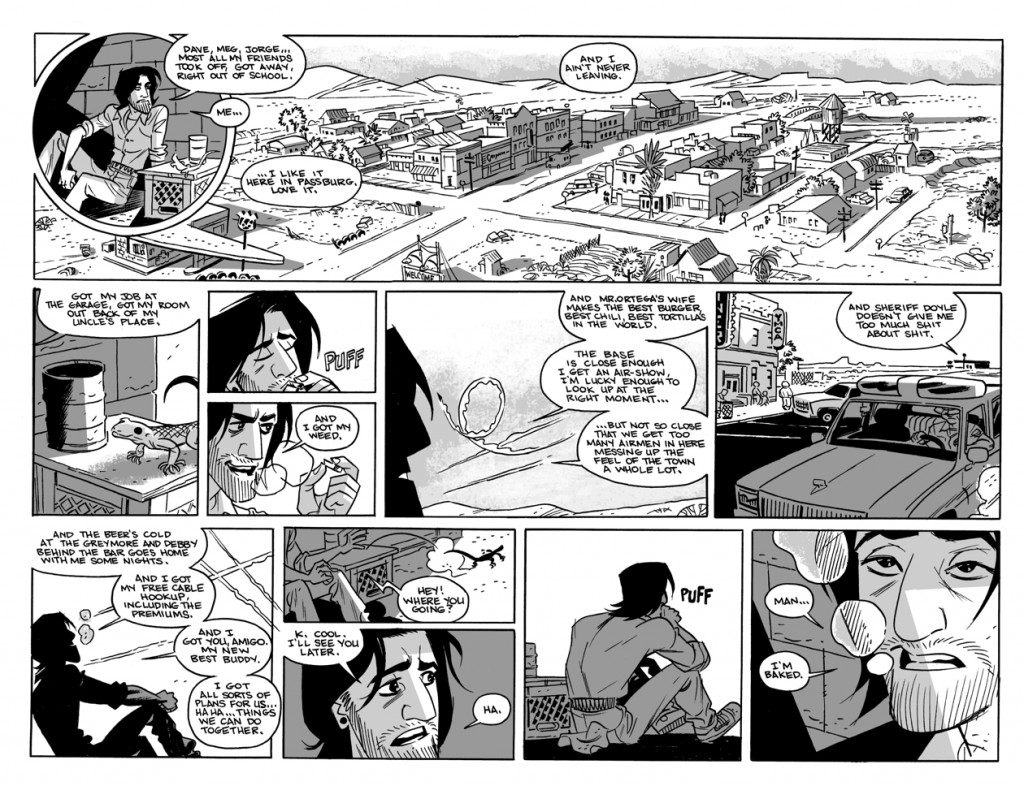 Tomas’ town of Passburg’s proximity to an Air Force base is the one unique thing about it-the setting definitely reminds me of Green Lantern’s test pilot days, Area 51/Roswell, or the Chuck Yeager sequence in “The Right Stuff”, and Robinson definitely set this story there for a reason. Without giving all of the specifics away, Tomas sees something he’s not supposed to, and this story goes “down the rabbit hole” very quickly. Did Tomas see something truly remarkable and sinister, or has his daily marijuana abuse affected his cognitive abilities and caused him to hallucinate? The second half of the story is action-packed and leaves you with an honest-to-goodness literal cliffhanger.

The Saviors #1 was a fast read, but still had depth to the story and one wants to re-read it right away to see if anything was missed. I liked it very much, but I’ll be curious to see how deep and far Robinson goes with the conspiracy aspect of the book. It’s not stated that this is a mini-series, so it’s implied that “The Saviors” is an ongoing, and if that’s the case, there’s a LOT of world-building to be done. It’s probably unfair for me to make that judgement after only one issue, but unless Robinson’s got something up his sleeve, I just don’t see this story lasting as long as say, “The Walking Dead” (though some of my compatriots here at PTBN comics think that book has lost its way and should’ve ended a long time ago).

J. Bone, whose awesome art blog can be found here, draws in a cartoony style reminiscent of Bruce Timm (creator of the great look of “Batman: The Animated Series”) or Darwyn Cooke (best known for “Justice League: The New Frontier”). Bone’s art fits the story well, and after reading the whole issue, I couldn’t imagine someone else drawing this comic. The book, like “Satellite Sam” and “The Walking Dead”, is in black-and-white, which keeps the price down (and there’s no ads either—I’m really struggling to enjoy DC and Marvel comics in single issues anymore due to so many advertisements). I’d love to see a colored version of this comic, as it’d give the setting perhaps more realism and southwest flavor.

This is a book that’s easily accessible and everybody (due to the drug use depicted in “The Saviors, my conscience advises me to amend “everybody” to “people over 18”) can pick this book up and enjoy it. I recommend it whole-heartedly. If your local comic store is sold-out, check it out on Comicology’s great app for iOS devices. See you soon, and read more comic books!