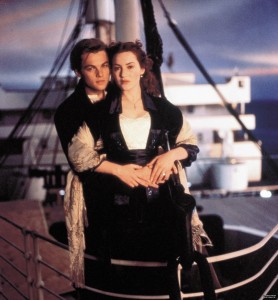 Justin: Alright, let’s veer off course a bit with our next one…Right into an iceberg!

Did you see it in theaters? Did it live up to the hype? Did you enjoy the song or hate it? I know they played it over and over on the Stop & Shop radio feed so we heard it often. Did you enjoy Leo painting Kate?

Jen: That damn song is going to be stuck in my head FOREVER! Thank you!

Oh, how I loved this movie in 1997! I saw it at the theater with friends and on a date. If I had more funds, I probably would have gone to see it more. I probably rented the VHS a gazillion times before my mom or dad just bought it for me. I loved just about everything about it, Leo, the fashions, the romance, the drama. My 17 year old self thought it was so romantic!

I might have moderately enjoyed that song for one hot minute but my hatred for it has been pretty clear for awhile. I never liked Celine Dion to begin with, and we all know what a music snob I am. I’m pretty sure she got that deal in Vegas based on this song alone.

So, do you think that Leo could have fit on the door too? (He got the shaft, he totally could have fit!!). How many times did you go see it?

Justin: I only saw it once in the theater…and I remember it was the afternoon of Super Bowl 32. I was definitely more hyped for the game than the movie but it certainly helped pass the day.

We definitely had it on VHS too although I’m not sure for whose benefit? I don’t think my mom really cared for it, so it was either a status thing or for my sister? She was 13 at the time, so possible.

If I had any enjoyment for the song, it was purely for joke purposes. Those purposes still go on to this day (like my heart).

The painting scene was great…it was like they treated the young adolescent boys that were dragged to the movie. A nice reward on a cold Sunday afternoon.

Leo totally could have fit on the door. It was total bullshit. No need for him to stay in the ice water.

What did you think of the infamous “boat breaking” scene…Definitely a favorite of many. Sick bastards.

If you could recast Leo and Kate with actors from

Who would you pick? Keep it straight, trying to keep this a hit. We can go off the rails next.

Jen: I thought the boat breaking scene was pretty upsetting, I definitely didn’t get any enjoyment out of that! You knew that the Titanic really happened, but you didn’t want to believe that anything bad could happen to these characters.  At least I didn’t, I wanted Jack and Rose to live on happily ever after.

Okay, this is a tough one. It is pretty tough to picture this movie with a different cast, but here goes:

1980s: Johnny Depp and Phoebe Cates. They were both starting out and with them cast, I can picture the film much darker and more exaggerated. Or it would just have really terrible special effects and do terrible at the box office. Cates didn’t do much acting after the 90s, maybe she would have continued if she starred in a bigger budget film.

1990s: Claire Danes and Ethan Embry. Danes was an “it girl” of the mid 90s, and Embry had a string of hits. Danes has shown her acting skills over the years, and although Rose would have been a bit more whiny, Danes would have been an excellent choice. I chose Embry because he also has a pretty good range, and back then he was kind of scrawny and pathetic in a way that made you root for him.

2000s: Jake Gyllenhaal and Michelle Williams. I am aware they had Brokeback Mountain together, but Williams has the charm to play Rose. Dawnson’s Creek was merely a tool to move on to bigger and better things for her. Gyllenhaal has the ability to play Jack. I would have believed him as a love sick teenager and I would have cursed Williams for not making room on that damn board for him, just like I did with Leo and Kate!

Justin: Isn’t that a weird thing with true story movies? You know what’s going to happen but if the story is told well, you start to hope and pray that the inevitable will somehow change.

I like the Claire Danes choice, she definitely could have carried the role and was just starting to heat up a bit at that point too. Probably would have better than my Melissa Joan Hart fan fiction version anyway.

Where does the movie rank to you? Obviously it made big time bank and helped launch Leo. Does it hold up? Do you still regard it highly? And cashing in on my promise from before, recast this movie as a comedy!

Jen: I think I really just wanted Jack to survive, and for him and Rose to live happily ever after.

Who were your picks? That was a lot of pressure and I would like to know who you thought to pair with MJH.

I haven’t watched this movie in probably 10 or 12 years. I guess it doesn’t rank very highly with me…whenever it’s on TV I don’t watch it. I think I watched it so much as a teenager that I got sick of it. Sad, I know. Personally, I was a bigger fan of Romeo + Juliet. It’s the inner emo girl in me I’m sure.

Casting this as a comedy…well thinking back to that time I would say Cameron Diaz or Jennifer Aniston as Rose and either Adam Sandler or Mike Meyers as Jack. Those guys would have had to rock some serious make up, but they were comedy kings back then. Heck, the Wayans Brothers probably would have even been considered…

What are your picks? Do you ever watch this movie (voluntarily) on your own now?

Justin: Yeah I think we all wanted him to survive. But that bitch wouldn’t let him on the door.

2000s: Scarlett Johansson & Bradley Cooper (Because why not?) 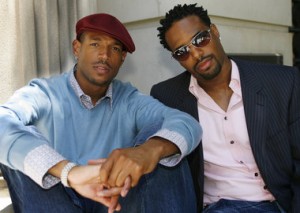 No, I can’t say I ever watch it when it is on. I know the story and I just don’t enjoy the story enough to sit through it all again. It was well done and made its mark, but I’m all set reliving it again.

Last question on my end… If you could pick another song to replace “My Heart Will Go On”, what would it be?

Jen: I almost chose Lea Thompson, but I thought maybe with Depp and Cates the film would be darker.

I picture the MJH/Pacey version direct to Nickelodeon, mostly because she was the queen of that channel at the time.

As much as I like ScarJo and Bradley Cooper, I hated He’s Just Not That Into You…and well that pairing is ruined for me! 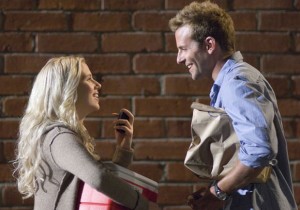 Matthew Perry and JLD would be phenomenal. He would be such a neurotic Jack, we would all probably wonder how the heck they got together in the first place!

I brought up the Wayans Brothers because they were so popular at one point and I really don’t think there is anything they wouldn’t do!

I wish I could replace that song! And the best choice is “She’s Like the Wind” by Patrick Swayze. In this version though, Rose would be the one to shout “I’m the queen of the world!”

Justin: I think Josh Jackson could have held his own. I’m always sad that he kind of disappeared outside of a movie or TV role here and there. The Jason Priestly of the late 90s. (EDIT from Jen: Err…Joshua Jackson has starred in Fringe for the past few years. Has quite the following…he hasn’t disappeared! )

Ha, I can see how you can hate He’s Just Not That Into You…So much promise but there was way too much going on in that one.

Marlon Wayans as Jack would be pretty fantastic, though.

My song choice is quite obviously The Sign by Ace of Base.

And it opened up my eyes … I saw the sign!

Until next time, keep hope alive and always try a little bit harder to make a little extra room on that floating door.

And where do you belong?