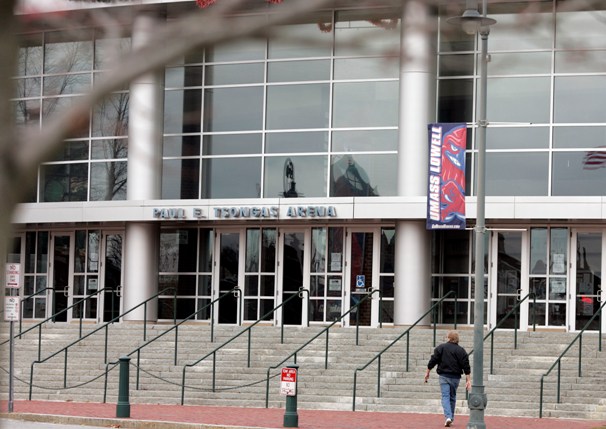 Fifteen years. That is a long ass time. That is nearly half of my life. It was fifteen years ago this week that I left the comfortable confines of my parents’ house in West Warwick, RI to head to the lovely campus of Assumption College in Worcester, MA, just a scant 60 minutes up route 146, nestled in the central Massachusetts snow belt. I had been accepted to Providence College, and actually was offered more scholarship money as well, but I wanted to be a little bit further from home and also wanted to get into TV and AC had the communications program that PC lacked. And so, it was decided that starting in late August 1998, I would be a Greyhound. For life.

Earlier that summer at Freshman Orientation weekend, I caught up with Adam Murray. He was also from RI and a mutual friend of my boy Andrew Flanagan. As luck would have it, Adam was a big time wrestling fan too, so naturally we gravitated to each other and became friends. Adam was more of an ECW guy, but he was into pretty much everything so we had a lot to talk about. Between my friendship with Adam and the fact that wrestling was actually becoming acceptable in the mainstream, it was a fun time to be heading out to college. For once, I could actually be OK with acknowledging that fandom. DX was red hot. Everyone knew the NWO. Steve Austin was becoming a crossover star and it seemed like everyone had a cursory knowledge of who “Stone Cold” was. I was even ballsy enough to buy a Steve Austin poster from the bookstore (!) and hang it proudly on the wall of my dorm room. Heck, one of my randomly selected roommates was even a big wrestling fan, so things were moving along smoothly. Dreams of Nitro and Raw parties danced in my head as the summer days dwindled. The WWF had been fantastic to watch that summer, coming off a memorable King of the Ring and careening down the Highway to Hell. So, when I received an interesting instant message from Adam in late July, it was an offer I couldn’t refuse. Or tell my parents about.

I had a pretty easy childhood and was able to roam fairly freely as long as I properly answered the 75 questions that preceded the event. By 1998, my parents had pretty much accepted that I wasn’t shaking my wrestling habit, so it was never an issue when I wanted to attend a live show at the Providence Civic Center or Warwick Musical Theater (RIP). Heck, my dad would often attend with us, or at the very least drive me over to the arena himself. However, those are the furthest venues to which I had traveled to see the big time bouts (TM Wayland Price). So when Adam proposed we purchase tickets to see Raw is War at the Tsongas Arena in Lowell, MA I was a little apprehensive to run it by my mom and dad. Oh…and the fact that it took place the night before the second day of classes made things even more complicated. There was zero chance in hell that my mother was going to let me drive from Worcester to Lowell with a guy I barely knew to see wrestling the night before my second day of college. None. So, after some hesitation, I told Adam yes and them nothing. It was official, I would be attending Raw for the very first time. They had never come to Providence and I had never left RI for a show. I was pumped. Even the fact that it would be a taped show for the dreaded Raw Saturday Night slot thanks to the US Open (and not even that Saturday, but two weeks out) didn’t curb my enthusiasm. It was still WWF in the summer of 1998, so I knew it would be awesome. We just had one little problem: no way to get to Lowell.

Back in RI, my dad and I had been sharing our 1994 Ford Ranger and that would be staying put, so I would be without wheels in Worcester. It was the same deal for Adam, no car, no bike, no method of transportation at all. Once we found out who our roommates were, Adam cold-called his and asked if either was planning to have a car on campus. One of them said yes and we were back in business. This guy apparently told Adam, who he had never met, that he could borrow his car to drive to Lowell on a Tuesday night to go see wrestling. As the final weeks passed by, college approached. I was was excited but nervous. I was saying bye to all my close friends, some of whom were also leaving the state. The last night of summer is vivid memory for me as a large group of us went to Adventureland and rode bumper cars, played mini golf and just messed around. I remember the sadness that swept over me on that final trip back in Andrew’s car, the end of an era. It had been a great summer and it was bittersweet to see it end. Of course, I was only an hour away and I would be back within days of moving in for our annual family Labor Day fiesta, but it was still sad and scary. A couple of days later, I was on my way north. After getting settled in and saying goodbye to the family, I met up with some of the people I had met at orientation back in June. I also caught up with Adam, who had some bad news: his roommate did not have the car with him. So now we were stuck with two floor seat tickets to a show that was days away in a town 40 miles away.

Once again, Adam rushed into action. Luckily for us, Andrew was still in RI and bumming around waiting for his screwy trimester to start at the University of Chicago. After a phone call to Ticketmaster and a quick chat with Andrew, we were right back in business. Adam was going to pay for the ticket, Andrew would drive up to Worcester on Tuesday, pick us up and we would head to Lowell. Adam was even able to score him a ticket just a few rows behind us on the floor. The day came and the plan worked to perfection. Andrew was pretty much on time (amazing in its own right) and we got to Lowell with an hour to spare. As we made our way to our seats on the floor, we noticed that there was an extra seat alongside Adam’s. So, we decided to roll the dice and have Andrew sit next to Adam and hope for the best. As the lights went down and the matches started, we remained a trio. About halfway through the opener, a family showed up in our row and claimed Andrew’s seat for their own. We were getting a bit possessive about the seat now, so I spoke up and was defiant. Well, kind of. I just played dumb. Really dumb. Eventually an usher came by on the other side and got involved and asked to see the tickets. In the quickest slight of hand ever seen in Lowell, I just handed the usher the same ticket twice, convincing him that there were two tickets printed for the same seat. He was dumbfounded and after a quick chat with his supervisor, he offered to let us sit in the penalty box directly behind the ring and across from the hard camera. It was awesome.

The view from the penalty box was fantastic. We were able to get our signs on camera and Al Snow even ran right by us during his segment. Adam even took home a Styrofoam Head replica that they passed out to the crowd prior to the appearance. He treasured that damn Head, a trophy of the hard work we put in to arrive at that moment. As the show trudged along, we were approached by Jim Dotson, Head of Security. He asked us if we minded moving up out of the penalty box to some aisle seats about halfway up the lower bowl to fill in some seats. We were hesitant but he offered to take us backstage after the show in return. Jackpot! We couldn’t believe our luck as we watched the rest of the show from our new seats. After the final match ended, we walked back down and waited for Dotson to emerge for our magical trip behind the scenes. That prick never came. We waited, and waited, holding out hope until finally accepting that screwed us over. It was clear they just wanted us out of the hard camera shot and used the seat filler reason as an excuse. Then he dangled a meet and great to seal the deal. What a dick.

We left a bit despondent and we were now getting on the road much later than anticipated thanks to Dotson’s swerve. We were also starving. On the way home, we stopped at a Wendy’s and banged on the drive thru window but they were closed. What kind of fast food joint located right off a highway is closed before midnight? Horseshit. I almost went Ken Patera on that dump. Sadly, we accepted that there would be no food and we would go to bed hungry. We finally pulled into campus at some point just before 1AM, Adam went to his room and Andrew and I crashed in mine. The next morning our White Knight drove off back to RI and I ambled off to class, bleary eyed but armed with a story I knew I could talk about for years to come.

I don’t really remember much about the show itself, but it didn’t matter. It was an experience. It was awesome. And it was a hell of a way to kick off my college career. I told my parents about the trip years later and they laughed it off, which I was glad about. A few months later, I would attend a rather infamous Raw that would blow this one out of the water in both quality and overall experience. But, you know how it goes…it may be awkward, nerve-racking and require a lot of convincing and scheming, but you always remember your first time. Especially when Head is involved.