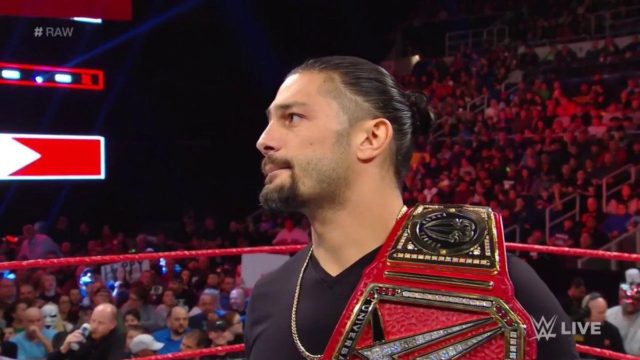 This past Monday the Wrestling world and fans all over the world were shocked by the announcement that the WWE Champion, Roman Reigns, was battling a relapse of leukemia, and as a result that he was surrendering the championship.  Roman’s past issues with this horrible disease, and the plans for him to make this announcement, were not public news.  A young and talented wrestler, clearly at the top of the industry and still developing as a worker, has been forced to stop competing so that he can put all his efforts into the battle of his life.  No matter what people thought about how Roman was booked previously, whether they agreed with his position on the card or not, there has been nothing but well wishes and respect for this young man.  Even though Roman himself stated on Raw that he would be back, the truth is that no one truly knows whether Roman Reigns will ever return to the ring, and is he does, whether he will be able to compete at the same level.

The events this past week made me start to think about other wrestlers who have been forced to surrender championships, and sometimes even their career, when unforeseen events robbed them of their physical health or even their career.  Some of these men were able to return to the ring, and it is interesting to see how they were received on their return, and the way their career progressed.  Others were unfortunately unable to ever compete again, but their legacy had already been cemented in the hearts and minds of wrestling fans.  While many wrestlers over the years have suffered short term injuries, forcing them to relinquish championships and miss a few months while they rehabbed, others have suffered injuries which have had people questioning if they would ever compete again.

While I am sure that there are wrestlers from before the 1980’s who had their careers shortened, the first man who I remember having his career ended due to unforeseen circumstances was that of Magnum T.A.  I was just entering my true wrestling fandom in the late 1980’s, and had discovered the Pro Wrestling Illustrated family of magazines, which kept me informed of wrestlers and companies not associated with WWE (the WWF).  Magnum was in the prime of his career, and was headed to the top of the NWA.  Ric Flair himself has revealed that Magnum was scheduled to capture the NWA World Title from himself at Starrcade 86, with Magnum slated to be the next long-term champion for the National Wrestling Alliance.  Sadly in late 1986 Magnum was involved in a motorcycle accident that ended his career.  Following the accident Magnum would talk about this accident not being the end of his career, and at the 1987 Crockett Cup he received a hero’s welcome as he walked to ringside to support Dusty Rhodes and Nikita Koloff as they won the tournament.  Sadly Magnum’s injuries were too severe to allow him to return to the ring.  He spent time doing commentary, and then he spent several years in a backstage capacity with WCW.  Magnum’s injury occurred as he was entering his prime years, and likely cost him a lot of money, as Magnum would have been in main event feuds during the late 80s and early 90’s. 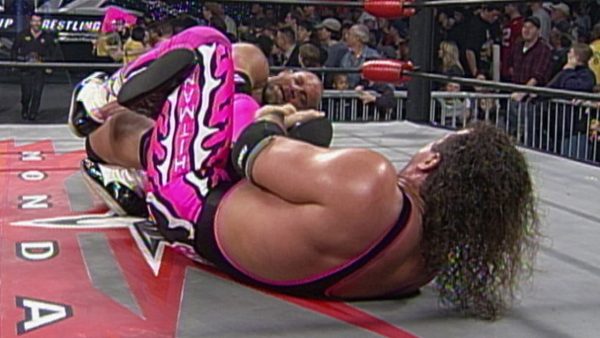 In early 2000, Bret Hart’s career came to a crashing halt due to recurring concussions.  Hart had been with WCW since the infamous “Montreal Screwjob” in November 1997, but his time in WCW had been hampered by poor booking and injury.  Following the sudden and unfortunate death of his brother Owen in May 1999, Bret took some time off before returning to the ring in September/October.  With the sympathy extended to him as a result of Owen’s death, it appeared that Bret’s WCW career was finally back on track.  He was built to win the WCW championship in a tournament final, and put in a babyface program with Goldberg.  For the first time since leaving WWE, Bret Hart looked like he was once again on the path to become “The Best there is, The Best there was and The Best there ever will be”.  Then came the concussions, first suffered during his Starrcade match with Goldberg, and then in subsequent weeks suffering recurring concussions due to poor booking ideas and a lack of awareness of his injury.  By late January 2000, Hart’s in-ring career as a full-time competitor was over.  Unlike Roman Reigns, Hart was already in the tail end of his career, with expectations being that he would likely only wrestle for a year or two more before entering retirement.  Hart had made his money and cemented his legacy.  Thankfully in the years following his injury, Hart was able to reconcile with Vince McMahon and the WWE, and was able to do a couple of “farewell matches” with WWE, as well as have his former company release several DVD collections of his best matches.  Reigns does not have the animosity with WWE that Hart maintained for so many years, which likely has affected Bret’s ability to assume backstage roles within the company, which creates a lot more opportunity for Roman to still have an involvement with the company as he both battles his disease, and should he successfully force it back into remission, as he looks to return in some capacity in the future. 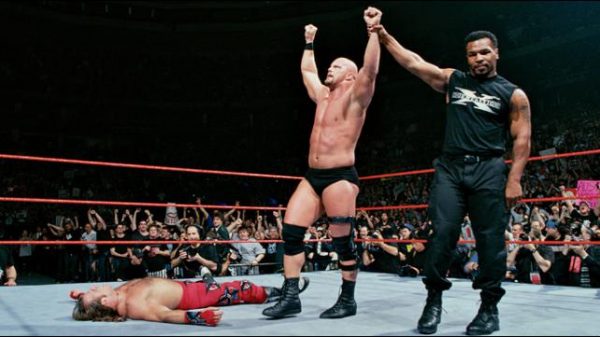 Another man I want to mention here is Shawn Michaels.  In 1998 Shawn suffered an injury that forced him to leave the company for several years.  Now Michaels had a history of “crying wolf” when it came to injuries and surrendering championships previously, as he gave up the Intercontinental title in 1995 after “suffering a concussion”, and then in 1997 he “lost his smile” and had a “career ending knee injury” which led him to forfeit the WWE Championship before his long-awaited rematch with Bret Hart at WrestleMania. So when he suffered his serious back injury in January 1998, many fans, and according to Bruce Prichard and other insiders who release podcasts these days, most of the wrestlers themselves felt that Michaels was not as injured as he appeared to be.  On this occasion Shawn chose to drop the WWE Championship in the ring at WrestleMania 14 against Steve Austin, in possibly one of the gutsiest displays of his career, as he was clearly struggling throughout the match with his back injury.  Shawn believed his career to be over, and he looked to start other ventures, opening a wrestling academy and running his own promotion in Texas for a time.  It was not until 2002, 4 years after he was forced out of the ring, that Shawn was able to return to competition.  Shawn’s long-term absence from the ring, a clearly different approach to life (as the result of finding faith in God) and in-ring displays that continued to be a class above anyone saw Shawn received by fans as a returning hero, a man who seemingly could do no wrong.  Even when Shawn tried to turn heel on Hulk Hogan several years later, the fans would not buy it, and Shawn completed his career on his terms, but with the ongoing respect of all fans labelling him one of the best ever. 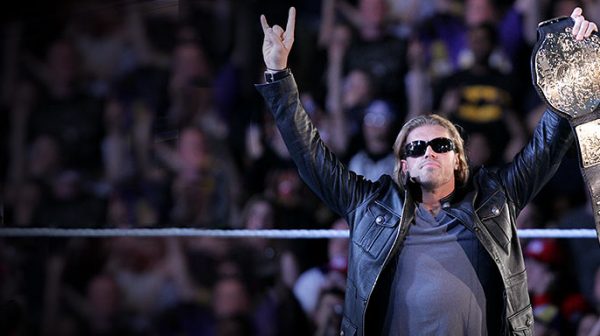 Two men who have found themselves in (sort-of) similar situations to Roman Reigns were Edge and Daniel Bryan.  Edge had risen through the company and had been a multiple time world champion.  He had retained his title at WrestleMania against Alberto Del Rio when he was informed that his wrestling career was suddenly over due to his ongoing neck injuries.  Edge had already had at least one or two neck surgeries at this point in his career, and so when he was told that his career was over, there was nothing he could do about it.  Edge gracefully surrendered the championship and entered retirement.  But Edge was the beneficiary of a new era for the WWE, the blossoming of the WWE Network.  Edge was able to remain involved with the company through Network shows and occasional appearances on Raw and Smackdown.  Edge may not be able to compete, but he has show that a man can still play a role on the company when his career is cruelly cut short.

If there is one wrestler who could possibly relate to Roman Reigns, it is Daniel Bryan.  Bryan fought against all the odds, all the attitudes of what a true WWE superstar should look like to wrestle like, to rise to the top of the company.  His story-arc, culminating in his WWE Championship victory at WrestleMania is one of the most emotional moments in WWE history.  Sadly neck injuries forced Bryan to surrender that title just a couple of months later.  Bryan worked hard to return to the ring, which occurred at the very end of that year.  Due to what had happened to him, fans everywhere believed it was just a matter of time before Bryan would return to the top of the WWE, with many WWE fans being irate that Bryan was not scheduled for a WWE Championship match at WrestleMania 31.  Instead Bryan had to settle for an Intercontinental Title victory in a ladder match.  But then less than a month later, Bryan was diagnosed with head trauma from ongoing concussions, and forced to “retire” from the ring.  It was not a secret that Daniel Bryan believed he could return to the ring, despite multiple doctors telling him otherwise.  But Daniel Bryan fought to recover, sought further opinions, and to the delight of wrestling fans around the world, returned to the ring this year.

Roman Reigns has a battle that I hope no one who reads this article ever has to face.  Unlike everyone else mentioned in this article, Roman’s challenge in life-threatening.  And because of that, should he be able to overcome the leukemia again and return to the ring, Roman has a lot to look forward to.  Like Shawn Michaels and Daniel Bryan before him, fans will have nothing but respect for what he will have overcome to return to the ring, and this will become a wave of positive emotion and support if, and when, he steps back into the ring to compete.  Vince McMahon has been trying for years to get the fans to accept Roman Reigns as the face of the company.  With one interview last Monday, Roman Reigns was able to do what Vince McMahon couldn’t in 4 years, push aside all the “haters”, and set Roman Reign up as the number one babyface in the company if he returns to the ring.  And if his in-ring career is over, Roman Reigns will likely have opportunities to participate in network specials and may even find himself used in a backstage capacity at NXT or with the main roster.  All fans hope and pray that Roman Reigns can overcome this battle for his life, and if he does history shows that there is always a place in wrestling companies, and in the hearts of the fans, for men who have had years of their career stolen by unforeseen illness and injury. For Roman Reign, we simply wish that you win your battle against Leukemia, so we can see you in the ring again.