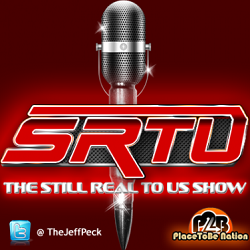 On this episode of The Still Real to Us Show: the guys kick it off by discussing whether Vince McMahon is out of touch with professional wrestling in 2015 based on what we’ve seen Triple H accomplish down in NXT, whether the former WWE Champion has screwed up the original WrestleMania 31 plans based off of his current momentum, how the Royal Rumble WWE Championship triple threat match has the guys excited for the ramifications it has on WrestleMania 31, and so much more!