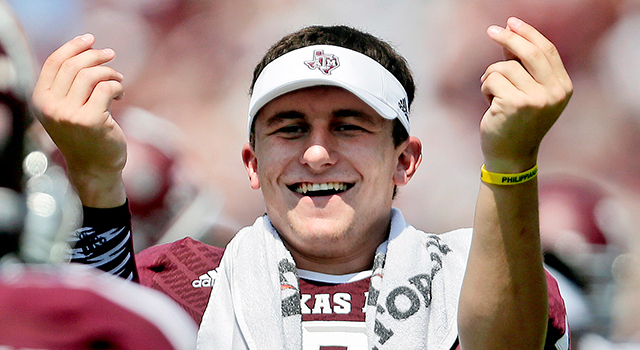 Now that the NFL Draft is finally making its way here (finally…) every webpage in the world is doing a mock draft. This year’s is more futile than ever as there appears to be no consensus on who any team is going to take. There could be four QBs taken in the top five or there could be none. Every team is going to trade up! No, down! Every prospect this year has some sort of red flag. No QB should apparently be drafted ever this year because options like Blaine Gabbert, Brandon Weeden, and Christian Ponder are way better? Over-analysis is the death of us all.

Teams and fans should always keep in mind that drafting a QB in the first five picks and picking one in the end of the first round are completely different, mostly due to salary cap implications. Example – Andy Dalton (2nd round 35th overall) signed a 4 year, 5 million dollar contract whereas the #8 overall picked signed a 4 year, 12 million dollar contract. That 2 million dollars a year can add some pretty good depth to your roster. Anyone remember Jimmy Clausen? He was a 2nd round pick and no one seemed to care when they drafted Cam Newton because he wasn’t taking up a ton of cap space. It was potentially worth the gamble if the Panthers did not identify a player worth taking at that slot versus the risk of Clausen developing into a legitimate starter.

I’m going to throw out a list of 11 names – Robert Griffin III, Tim Tebow, Jay Cutler, Blaine Gabbert, Mark Sanchez, Brady Quinn, JP Losman, Jason Campbell, Kyle Boller, Joe Flacco, and Josh Freeman. What do all these players have in common? If you guessed they are all first round picks that teams traded up to get in the NFL draft over the past 10 seasons, then you would be correct. Someone in each of these front offices had to lobby and sell the room filled with experts why they part with precious draft picks to get their guy. One can only wonder what ever happened to those scouts and executives who lobbied for the new cornerstones of these franchises. One would suspect they house a lot of unworn jerseys from these players in their garages.

Now I’m not saying that all of these trades were gems on the flip side either; in 2004, Dallas needed a running back and they traded their pick to Buffalo so the Bills could get JP Losman, with the Cowboys winding up with Julius Jones in the 2nd round that year LSU DE Marcus Spears (who put in eight seasons with the Cowboys before retiring a year later due to injuries) with the 2005 first round pick they also received. And yet they are still looking for that elusive franchise back.

Let’s look at another similar draft day trade. In 2011, Washington netted a pair of picks from Jacksonville so the Jags could grab Blaine Gabbert. This resulted in a series of other moves, affecting the landing spots of multiple players, a group that has had results register all across the board.

Ryan Kerrigan (16) – Recently got his 5th year option picked up. He’s not a superstar, but he’s serviceable.

Ben Ijalana (49) – Washington raded this pick to the Indianapolis. Ijalana has suffered through two torn ACLS in his first two years, which has derailed his career. He’s currently on the Jets where he is a backup tackle, for now.

Stephen Paea (53) – Washington received this pick from the Indianapolis, and then traded it to Chicago, where Paea is the current starting DT.

Daniel Thomas (62) – Washington received this pick from Chicago, and traded it to Miami. This RB from Kansas State has not answered the Dolphins woes at RB and has failed to secure the #1 RB yet.

Leonard Hankerson (79) – Washington received this pick from Miami and actually kept it. This WR from Miami has had a series of injuries over his career, tearing his ACL and LCL last year, is at the bottom of the depth chart and will probably be gone with the addition of DeSean Jackson.

Washington then traded up, giving away a couple of picks to Houston, including a 5th rounder that the Texans used to select TJ Yates…who has a better QB Rating (71.4) than Mr. Gabbert (66.8). So, in the end was it worth it for Washington to trade down (they passed up on DEs JJ Watt and Robert Quinn for Kerrigan, but as we always say, don’t fault the process because of the results) or should they have held their cards and taken the best player available?

By Saturday night, the mock drafts will be replaced by draft grades and breakdowns. Franchise players will be crowned, season tickets renewed and Super Bowl dreams will dance in the heads of fans. However, until seasons pass and the sample size grows, post draft analysis remains just as much a guessing game as each and every mock draft that was created leading up to it. But, what I do know is this. If I hear that a team traded up for a QB on draft day, I’m going to hold off on those Super Bowl tickets, just in case. After all, it is a crapshoot.