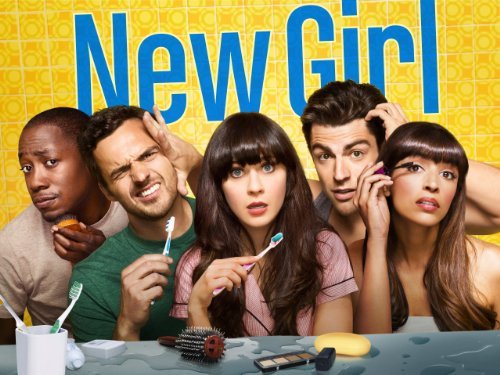 **Spoiler Alert this post contains spoilers about the last season of The New Girl.**

If you haven’t watched The New Girl on Fox yet, stop what you are doing now and find an episode online or on demand.   I heard Netflix is already streaming season 1 and season 2 begins streaming this week. I’ve spent the last two years attempting to convert all of my friends into fans of this show, and if you’ve seen it I’m sure you understand why. This is one show that I watch the night that it airs. For a person so heavily reliant on DVR, this is kind of a big deal.

Zooey Deschanel plays quirky Jess, a suddenly single girl who moves in with Nick, Schmidt and Winston after a breakup. The four roommates have chemistry that works so perfectly well together, I think that I could watch an entire episode of them sitting on their couch and I would find it entertaining. As it is there have been two episodes centered on their True Americans drinking game and those are some of the most entertaining episodes that they’ve had. I’m still trying to find the rules online.

The characters are all so crazy and quirky, but they all still feel like they are your friends. Zooey Deschanel’s Jess is obviously the star of the show, but the rest of the cast (Jake Johnson as Nick, Max Greenfeld as Schmidt, Lamorne Morris as the highly underrated Winston and Hannah Simone as Jess’ best friend CeCe) are all equally as great.

We left off last season with “Elaine’s Big Day” – CeCe’s failed wedding. Nick and Jess spent the entire second season in an incredibly frustrating merry-go-round of “will they or won’t they?” that tormented all of us each week. “Just kiss her already!” is something that I may have yelled at the TV screen on more than one occasion. Finally, they got together a couple episodes before the end only to have Jess’s father (the fantastic Rob Reiner) show up and throw a wrench in things. He doesn’t want Jess to date a version of him, and they go back and forth debating whether or not they should give it a shot during the finale at CeCe’s wedding. 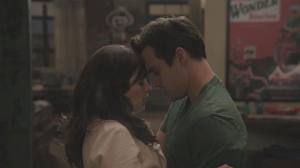 Schmidt and Winston spend the episode trying to sabotage the wedding, even though Schmidt is dating Elizabeth (Merritt Wever), his college girlfriend. There are some unfortunate pranks involving a badger and Cotton Eyed Joe. In the end, Elaine (Taylor Swift) ended up running off in the sunset with Shivrang, CeCe’s fiancé and Nick and Jess decided to give their relationship a chance. 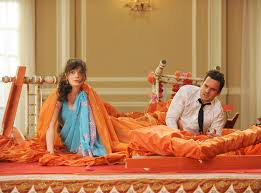 At the end of the finale, Schmidt was forced to make the unfortunate decision between CeCe, who called off her wedding for him and Elizabeth. Of course, Schmidt chooses instead to run away without making a decision.

So what do we have to look forward to this season? The trailer for season 3 shows Nick and Jess in Mexico. I hope we get to see the relationship between Nick and Jess last. Based on past experience, I think it’s safe to say there will be quite a few bumps along the way.

We also see Schmidt on dates with both CeCe and Elizabeth.  I’ve heard that we are supposed to learn Schmidt’s decision by episode 3, and I’m rooting for CeCe all the way. It’s not that Elizabeth isn’t likable, but she doesn’t have the same chemistry with Schmidt as CeCe and their relationship is far more entertaining.

I am also hoping to see Winston more. Lamorne Morris is so severely underutilized on this show, I’m not sure that the writers know exactly what to do with him. We got to see Morris do physical comedy last season, even if he is clearly the worst prankster that ever lived. I’m hoping the writers get on board and make use of his talent, A.S.A.P.