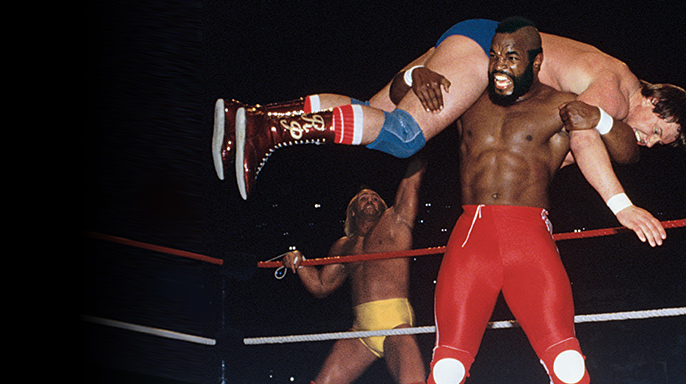 On Monday, as I was watching a fairly exciting Raw telecast, preparing for this week’s episode of PTBN Main Event, I found myself struggling to stay awake. As I reflected on why one of my favorite hobbies was putting me to sleep, especially a program that had a few hot segments building up the main storyline of WrestleMania, my first thought was to blame the length of the episode. The three hour programs always are a struggle for me to get through, even if I speed through them on the DVR, and this week’s episode approached the 3½ hour mark. The production assistants at ringside agreed with my initial hypothesis, as they were begging HHH to go off the air as the 11:30 mark rapidly approached. Upon further reflection, it was not one episode of wrestling causing my boredom and sleepiness, but a wider problem. I’ve been watching so much wrestling over the past month, I’m starting to burnout. As the WWE Network approaches its first full month on the air, how fans consume wrestling, and for me, at least, other media, has changed completely, and the biggest winner is the WWE itself.

For the first couple weeks of the existence of the network, the amount of comments on the live chats for PTBN were in the hundreds per day, as everybody was binging on their favorite events and moments. I also attended three live events and went on vacation during that time span, and I found myself lying on the couch in the hotel, catching snippets of NXT and Starrcade as my family slept. I had been previously enjoying the 37th relaunch of Impact Wrestling, but I stopped watching. Twice now, I ran out of time to watch the main event on the Ring of Honor website. My DVR, which records movies and non-wrestling shows, is at capacity, and my stack of unread magazines, comics and books has increased to the point where I’m getting dirty looks from my wife. On Monday, even though it was a newsworthy episode, I wanted to stop watching Raw. Though I’m currently satiated from wrestling, I have no desire to purge, so perhaps I have the newest psychological malady: Binge Wrestling Disorder.

So why is the WWE the winner in all of this? The first products to get shoved aside were Impact, Ring of Honor, and my recently purchased Chikara compilations, and it’s the latter that I enjoy the most. That didn’t stop me from watching the entire 1988 Tower of Doom match with my friend Andy (SHAME!), and my bizarre need to watch events in their entirety led me to go through hours of bad house show matches from the ‘90s (GUILT!). Even during my desire to turn off Raw, the WWE feels no effect, as I’ve already dropped the sixty dollars for the first six months of the network. The first hit was free, and once that week was over, you’re hooked for life.

I’m in the process of locating twelve-step programs in the area (First step: admit you enjoy 1993-94 ECW); any other advice from loyal readers is welcome. If nothing else, maybe I can kick the WWE habit and move back into the designer drugs of the indie feds I love so much (I hear that the kids are really freaking out on the AAW). Maybe I just need to take a break from television and electronic screens for awhile….what’s that? It’s March Madness time? SIGH.