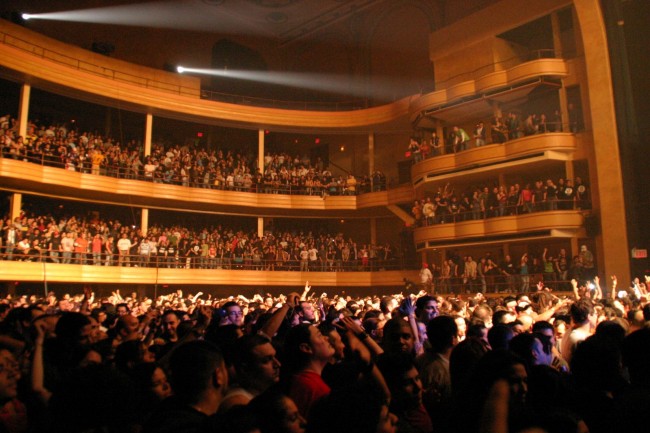 As Impact Wrestling struggles through cost-cutting measures and a complete revamp of their roster, fans have been prematurely predicting their demise. Of course, this is nothing new for Impact, a distant second place promotion behind the juggernaut that is the WWE. With its downturn, there are some that question whether Ring of Honor is catching up or even surpassing TNA. Before now, there have been few measurable metrics available to compare the two. Surely, Impact has the bigger, more global television deal and, subjectively, better “production values”, that catch-all phrase wrestling fans overuse to describe how the product looks on the screen. But this summer, a few events have emerged that will allow fans and pundits to directly compare the two companies.

Impact Wrestling made the first move, booking the Hammerstein Ballroom in New York for six television taping dates over the course of two weekends. Ring of Honor historically has run in this venue several times a year, selling out the facility on multiple occasions. Once these tapings occur, it will be an easy comparison to see which company draws more, by measuring the average number of tickets sold per event.

As the WWE transitions away from the traditional pay-per-view model, Impact has started to increase its PPV offerings in a reversal of its 2013 strategy. Ring of Honor has joined the fray, announcing its first live PPV event, “Best in the World” on June 22nd. ROH formerly had taped PPV events under its previous ownership. Again, the emergence of both entities on traditional pay-per-view creates an objective measure. If the events are available in an equal amount of homes, a direct comparison of the buy rate is a simple way to compare the two.

Finally, in what’s to me the most interesting move, Ring of Honor booked a new “Field of Honor” show at MCU Park, a minor-league baseball stadium in Brooklyn, NY, on August 15th. Impact has been running similar shows to this, called “BaseBrawl,” for several years, including a few at this very park. Again, the direct comparison with attendance figures can serve as an indication of the promotions’ relative health, both in drawing and advertising power. Scanning reports from previous Impact events at MCU Park, attendance was around 3,000, which would be a huge number for ROH. In terms of the show itself, the original Field of Honor concept took place in 2003 and was a round-robin tournament with multiple blocks, somewhat akin to the World Cup or similar tournaments in New Japan and All Japan Wrestling. There’s no current clarification as to whether ROH will maintain a tournament format or if the title is merely a pun related to holding the event at a baseball stadium.