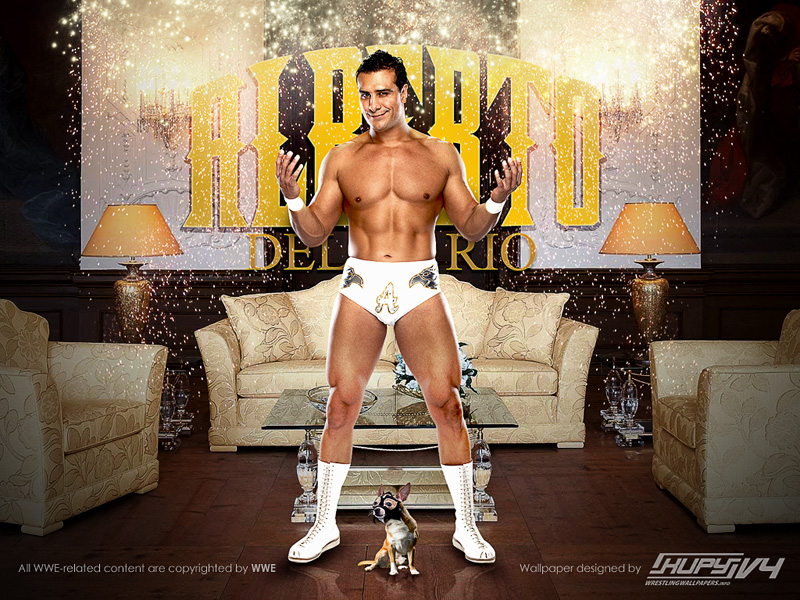 There’ve been a lot of stories swirling around the wrestling world this week, so let’s get right to the highlights:

After flinging so much gossip over the last two weeks, the High Spot has a layer of grime and shame that needs to be washed off. Besides taking a hot shower, there’s only one thing that can cleanse the soul:

Greetings and felicitations Place to Be Nationals, this is your friendly neighborhood Glenn here. I hope everyone enjoyed Steve’s solo effort while I was hiking the ol’ Appalachian Trail and seeking communion with the vastness inside me last week, but I must now return so that Steve does not go mad with power. All in due time. By reader request, and in honor of the recent exhibition of concept art for a video game that has regrettably not been made, The High Spot now brings you another installment of Glenn’s SmackDown vs. Raw 2007 General Manager Mode Stories. Thus far in this occasional series cataloging adventures shared by myself, booking Raw, and my brother Scott, booking SmackDown, we’ve taken advantage of the sheer power of Viscera’s humping, come with Lashley, and spoken of but a few of the great tag teams we’ve seen/made. Today I shall regale you with the tale of one of the most iconic teams and stables we’ve assembled, for this time we present: The Ballad of BookLash.

BookLash began, as so many things do, with a team that included neither Book nor Lash — in this case, Batista and good old Viscera. I explained last time how Matt Hardy & Finlay came together when they were in a series of simulated matches and the CPU gifted them with a series of wins, ending up with them winning the tag titles and defending them multiple times; they were not to be denied. The team of Batista & Viscera came before Hardy & Finlay, in the earliest days of GM Mode, and had an extra twist: on a single episode of SmackDown the two would fight each other multiple times, then team up in a tag match, and would still pull off the improbable win. They were a PlayStation-generated version of that worn-out trope, the Tag Team Champions Who Hate Each Other. At about the same time that Batista & Viscera were wreaking havoc on SmackDown and on each other, Booker T and Lashley formed the original, more sensibly-named BookLash in a mentor/student relationship. Soon after, because these were the very early days of GM Mode and we didn’t quite have a handle on budgeting yet, Viscera’s and Booker’s contracts expired; Scott decided that Batista and Lashley were two great tastes that taste great together and, keeping the name because you don’t just jettison a good name because it no longer technically applies, formed the BookLash team that would become a fixture on SmackDown (and eventually an invading force on Raw), kicking ass and taking names in the tag-team and singles ranks from that day to this. Storylines come and go, face & heel turns come and go, but BookLash is BookLash. One or the other may jump to the other show from time to time, but as soon as they’re on the same roster again, BookLash is BookLash. We’ll get to their stablemates in a moment, but even as they come and go, BookLash is BookLash. Empires rise and fall, great monuments are constructed and crumble to dust, stars ignite and stars expire, and BookLash is BookLash. They are constant as the northern star.

As we settled into our dominant paradigm of roster construction, with four-person stables as the norm, BookLash needed some backup. The classic lineup of the BookLash stable would be Batista, Lashley, a returning Viscera, and the Living Legend himself, our create-a-wrestler version of Bruno Sammartino. Oh, indeed. In our Hell in a Cell-dominated pay-per-views, BookLash cemented their legacy as no-nonsense tough guys whose aim in life was to toss any and all unsuspecting fools to the floor: Batista would powerbomb you off the cage; Lashley would give you a dominator off the cage; Viscera would hump you off the cage, and Bruno is always ready to press slam you off the cage. (And of course, they all have the manual chokeslam that makes coming with Lashley possible.)

Over time, with the vagaries of roster reconstitutions, change is inevitable. What determines how fun your show is is how you roll with the times, embrace opportunities to shake up your stables a little, incorporate the vicissitudes of brand jumps into whatever your ongoing concerns are. For a long time, BookLash’s core four (as Scott Criscuolo would say) remained relatively stable, as Viscera was the only one who kept becoming unhappy and jumping to Raw. Whenever this would happen, he would be replaced by someone who fit the hard-hitting, soft-spoken ethos of BookLash: temporary members inclujded Jim Neidhart, Cactus Jack, and me. (My own created wrestler became dissatisfied with his booking on my show, and thought he might receive better treatment on my brother’s. He did not receive this.)

Any time you feel a weakness in yourself, think of BookLash. Any time you feel you’re not strong enough to endure and to overcome, think of BookLash. Any time you question the morality of chokeslamming people off a sixteen-foot-high steel cage down to the concrete floor twenty to thirty times a night, think of BookLash. The legacy of BookLash is now firmly established; they’re as large a part of the foundation of SmackDown as John Cena himself, regardless of their intermittent occupation of Raw. Cena, meanwhile, has always proudly carried the mantle of Mister SmackDown…but that’s a story for another time. My time is up, your time is now. Catch you next week, same High Spot time, same High Spot channel!