Skip to content
Movies TV
Place to Be Nation Staff 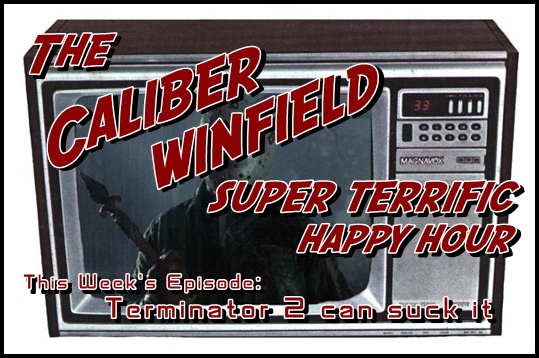 For those who don’t know, I’m Caliber Winfield. Writer to the stars, World Karate Champion, and in the same day I can be mistaken for Dwayne Johnson & Charlie Hunnam.

Since this is the inaugural episode of the STHH, I thought we’d go with a topic that a good portion of people tend to disagree with. However, my reasoning and ability to persuade will have most of you dying to join Team Caliber’s Team by the end of the article.

I’m sorry, but everyone is wrong about Terminator 2.

In the pantheon of film, you’ll always hear talk of Terminator 2, in the field of Greatest: of all time, sequels, action movies, or sci-fi.

However, the problem is that in fact, the reality is quite on the contrary. T2 is no good. It’s nothing more than a glorified kid’s movie.

That’s why people these days love it. They saw it when they were kids, and it’s nostalgia for them.
I grew up with parents who were so out of sync with pop culture, they didn’t know the difference between AC/DC or ABBA, or between Tom Cruise and Anna Nicole Smith. I had to find things on my own.

I first saw Terminator and T2 when I was 17. At the time, I thought it was a great movie, and since then I’ve always thought T1 was the reigning champ amongst the franchise.

When T3 came out, I wasn’t that big of a fan. I thought it was a slap in the face to the drama of the sequel’s ending. That is until I started watching both movies more often, and I realized just how much more T3 kicked ass.

Sure, the plot of T3 isn’t anything original, but it’s still a great premise. The comedy is leaps and bounds over T2, as it doesn’t have any corny crap, like T2 was packed with. The T-800 is as it should be. It’s cold and calculating. Just look at the scene when he finally gets a moment with John, as he starts scanning him for concussions and other bodily injuries, it’s perfect. Granted, the female Terminator is a downgrade from Robert Patrick’s incredible performance as the T-100, but it’s nothing that hampers the movie. The action is awesome, and the battle scenes between the two always deliver. The initial chase scene in the beginning blows anything and everything T2 does out of the water.

Now, let’s get on with my gripes about T2.The whole movie is packed with annoying characters who spend the film reciting asinine dialogue. John Connor is a whinny little twerp who tries to be tough, yet does nothing but annoy. The Terminator is a machine who does what he’s programmed to do. He hunts. He kills. That’s it. He doesn’t say crap like “I need a vacation.” Or “I know now why you cry, but it is something I cannot do.” NO! NO! He would never learn that, or care. The kid is a punk, bottom line. Take the scene where the guys try to help him out, and he just tells them off, then tries to act cool with stuff like “Did you call muah, a dip shit?” Ugh. All this garbage is stuff that a 10-year-old would find cool.

I mean, the Terminator gives a thumbs up as he’s dying? ARE YOU KIDDING ME?! This is the same Terminator who’s driving around in a semi-truck with half his face ripped off, trying to run over people! I’m shocked they didn’t have the T-800 show up at Bayside with Johnny Dakota and speak about the evils of dope.

This movie took one of the biggest bad asses in cinema and turned him into a step-dad. Why’d they even cast Arnold? Was Patrick Duffy unavailable?

Now, sure, T3 isn’t without its flaws, but they’re minor. Such as the gay strip club ordeal. Later using “talk to the hand.” However, those are really your only problems, and they’re rather insignificant compared to the crapfest that’s Terminator 2, which is pretty much only useful if you want to entertain a group of daycare kids.

Watch it again, and forget your nostalgia. You’ll see that T3 is in fact what T2 should have been

Other than ranting & raving about TV & movies every week, I thought I’d offer up a few recommendations. 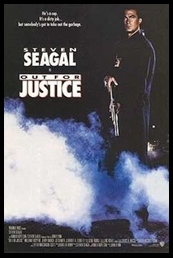 Out For Justice
Back in the early 90’s, Steven Seagal was on an absolute tear, starring in classic after classic. One of those films is Out For Justice. Steven Seagal plays a Brooklyn cop who’s chasing down a murderous mad-man played by the extremely bad-ass William Forsythe. Richie (Forsythe) is on a one-night crime-spree filled with murder & drugs, and it all starts with Seagal’s partner & best friend. So, with a shot-gun and an unmarked cop car, Steven Seagal is OUT FOR JUSTICE! No joke, this is a classic film that’s packed with early 90’s style violence, one-liners, and Seagal rocking an accent. 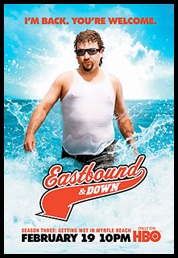 Eastbound & Down
This Sunday starts the 4th & final season of one of the greatest comedies of all time. Kenny Powers is a man of intrigue, power, animal like sexuality, ripped muscles, and classic movie star good looks. The fact that all of this is in his own mind matters not. The show is all about Kenny, a former major-league baseball pitcher, who’s crashed & burned and returned to his home town. Eventually he decides to start a quest to return to the majors, along with his assistant Stevie, and the love of his life, April Bigcannons. The show is just about perfect and deserves more attention than it gets. Far more.

There are a lot of people doing crazy things on YouTube, problem is they’re about as entertaining as falling out of the sky and landing on a car antenna, urethra first. LA Beast however is a breath of fresh air, as he brings charisma & originality to the stunts he preforms. In this video, the Beast puts us in a time machine to take us back to our childhoods as he enjoys a crisp, cool, refreshing, 20 year old Crystal Pepsi.

Before I go, I’d like to say thanks to my editor Steven Ferrari. He and I met when I decided to dress like a bat to protect my city, and he was the only cop I could trust.

I’d like to have a Q&A as well as comments for my article, so if there’s anything you’d like to say/ask just shoot it on over to the Place to Be Nation Facebook page!