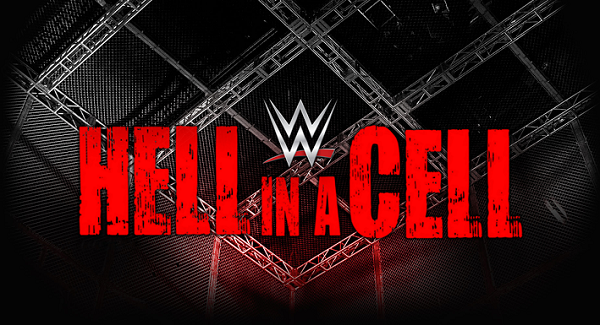 Once upon a time, a column called The Five Count brought together writers from across the Place to Be Nation to discuss the issues of the day…but working with others can be hard, so now one man will do it himself! Enjoy the subjective opinions of Ben Morse as he compiles top 10 lists, attempting to compensate for less opinions with more words!

33 men have stepped into the Hell in a Cell since the demonic structure debuted at Badd Blood in 1997. Some have made their mark or had marks made on them, and immortalized themselves in the process; others barely scratched a dent on the twisted steel. Let’s run down the 10 competitors who—in my opinion—have left the most lasting impression on Hell in a Cell.

The work ethic of the “Best in the World” actually hurts him here, as his decent showing in 2011 against Alberto Del Rio pales when held against a too-short-to-matter pairing with an injured Undertaker plus a duo of stinkers involving Ryback; still, with four matches and his unparalleled skill, Punk makes the list.

John Cena has put together a respectable resume inside Hell in a Cell—two solid outings against Randy Orton, the first ever three way match held in the confines—but nothing spectacular. Unlike CM Punk, “The Champ” does have going for him that due to the relatively low amount of matches, he didn’t put up any air balls.

Despite only venturing into Hell in a Cell once, Edge seems like the type of guy tailor made for the situation. Between his mastery of using foreign objects to enhance a match and the manic emotion with which he can sell his own sense of peril, the “Rated-R Superstar” did not disappoint in his SummerSlam showdown against The Undertaker, a payoff to their lengthy 2008 feud in which he seemed to outfox his foe at every turn until getting locked inside his worst nightmare.

Until I did the research for this list, I didn’t realize that Randy Orton had competed in a healthy half dozen Hell in a Cell matches, more than just about anybody outside the true stalwarts of the stip. Despite being hampered by lowered expectations for cage matches in the PG Era, “The Viper” still squeaked in a brutal contest with The Undertaker before blood became taboo, and brought his typical chemistry with John Cena to their pair of encounters. 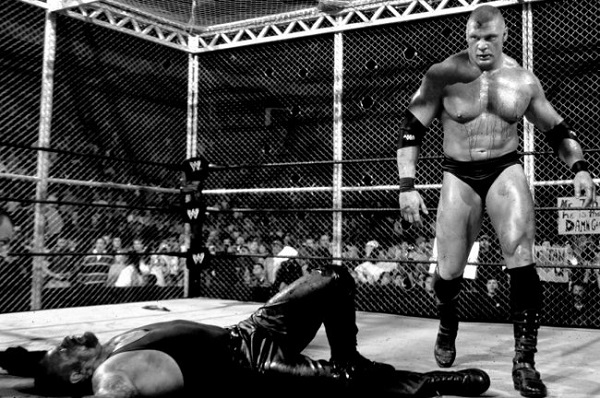 6. BROCK LESNAR (defeated The Undertaker to retain the WWE title at No Mercy 2002)

As has been the pattern for most of his career, Brock Lesnar needed very little opportunity to distinguish himself when it comes to Hell in a Cell. Prior to this Sunday’s rematch, Brock has only ventured into the “Devil’s Playground” one time, 13 years ago versus The Undertaker, but the “Beast Incarnate” took to the environment like a fish to water and rained down destruction on his opposition. After slightly more sanitized Cell matches from 1999 through earlier in the year, Brock and Taker brought the pain back, with the intensity and excitement of the rookie’s high impact offense elevating the contest to classic territory.

“The Animal” only participated in a pair of Hell in a Cell matches, but both times, he came to play and brought out the best in two guys who knew their way around the structure quite well. Batista helped Triple H to a brutal showdown after the latter had struggled to master the stipulation for five years, then upped his classic feud against Undertaker to the next level with a superb power match jacked up by the twisted steel. While big Dave may not make a lot of people’s all-time lists as worker, you can’t deny the business this beats gets done when the cage door locks shut. 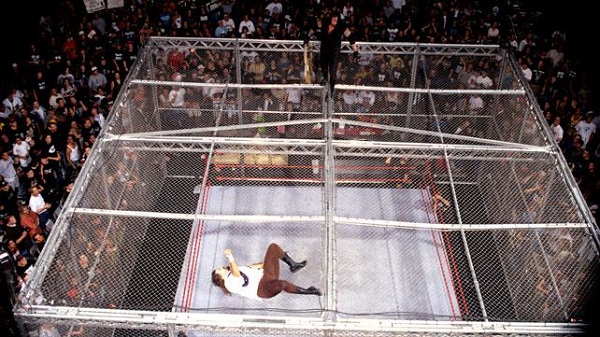 As much as the Hell in a Cell match at King of the Ring 1998 may have made Mick Foley’s career, Mick Foley’s sacrifices during said event also made Hell in a Cell. While one could easily deride Mankind’s performance as being a pair of stunts with a few other brutal spots in the middle and not much wrestling to speak of, it’s a pretty tough sell to detract from how memorable those moments instantly became or to not pay Foley his respect for the risks he took. Mick’s tumble from the top of the cage and subsequent chokeslam through a faulty roof and onto a bed of tacks forever made Hell in a Cell a legitimately dangerous spectacle to be feared by fans and participants alike.

You have to give HHH at least an A- for effort on this one. Since 2000, Hunter has attempted to make Hell in a Cell his signature match, and while I contend he never reached the recognition with the stipulation of my number one on this list—in large part due to mid-decade stumbles against Chris Jericho, Kevin Nash, and even Shawn Michaels—he came close through sheer force of will. Triple H’s Cell story started out strong as he “retired” Mick Foley, but it would be five years before he produced another truly classic match within the cage against Batista, and after that nearly a half decade again before he teamed with Michaels for a lost classic opposite Legacy. Ultimately HHH places high on the list due to sheer number of times inside the Cell and being part of some standouts, but he hurt his own case by failing to live up to the gimmick’s hype more often than not. 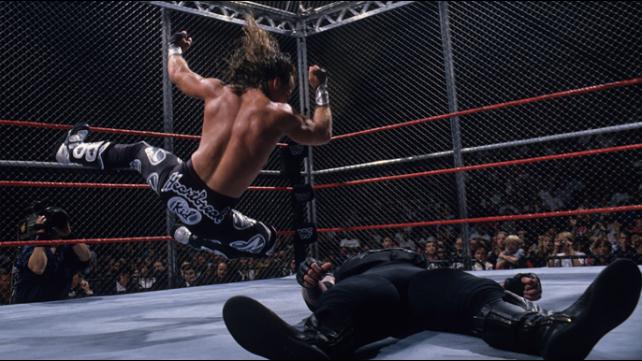 For my money the greatest in-ring performer of his or any generation—send your complaints to Brad—Shawn Michaels has only been in three Hell in a Cell matches, but he made his first appearance count in spades. In 1997, even with similar matches like WCW’s Thunder Cage having laid down a loose template for this kind of thing, nobody really knew how to make it memorable, so as usual, HBK went out and wrote the book on the fly. Shawn’s willingness to take a brutal beating from The Undertaker at Badd Blood that included flying across the ring, getting ground up like hamburger on the fence, and plummeting from the side of the cage set up the Cell as a stipulation with staying power, but moreover, the emotion he brought to the table—the terror, the adrenaline, the determination—sealed the deal; without Shawn Michaels, Hell in a Cell potentially goes the way of the Championship Scramble and I don’t bother creating this list.

The “Dead Man” for whom the WWF initially constructed the structure in question so he could get his unfettered revenge against Shawn Michaels in 1997, The Undertaker holds as the common thread between the best Hell in a Cell matches. From that initial outing versus HBK, to the stunt show with Mankind the following year, to the blood bath opposite Brock Lesnar in 2002, to more modern classics with Batista and Triple H, ‘Taker endured them all and then some. An argument could be made that in terms of carrying the in-ring load, the likes of Michaels, Foley, et al. bore the brunt of the burden, but without the Undertaker character crafted by one man over the course of 25 years, none of that leaves as indelible a mark. UT has brought a sense of menace and danger to his Cell showdowns through the years, be it through a simple sneer or by bleeding buckets. While others may have pushed themselves to momentary peaks of athletic prowess or raised their pain threshold to sustain a beating, Undertaker has been the constant, participating in more Cell matches than any other competitor and proving that his presence and work ethic can raise the game of just about any dance partner across the squared circle.