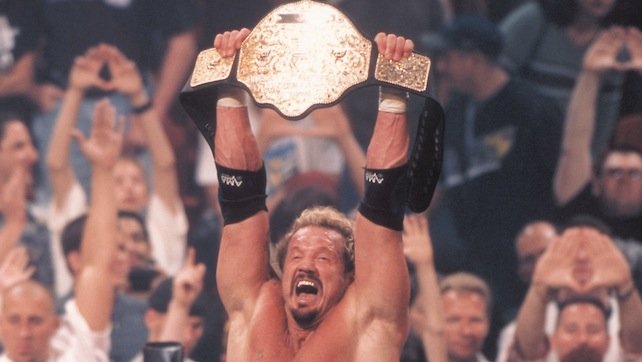 Andy and Tim celebrate two years of podcasting inanity by welcoming Andrew Riche back to the show! And with the Survey Says Triad reunited, what better way to commemorate our anniversary than heading down to the Diamond Mine for a spotlight on none other than Diamond Dallas Page. We track the career of the “People’s Champion,” from his early days in the AWA to the dying days of WCW. Join us for:*First impressions and memories of DDP
*Polish superhero movies
*Early DDP connections that would eventually come full circle
*The shitty midcard early ’90s Wargames match we should’ve gotten
*1995 WCW Saturday Night quietly turning into the DDP Show
*WHO WAS THE MYSTERIOUS BENEFACTOR??
*Countering the smarky argument that DDP bullshit-politicked his push from the back
*The awesomely complimentary styles of DDP and Randy Savage
*DDP’s curious role of WCW’s go-to celebrity wrestler tag team partner
*Positively Kanyon: IWC cult hero
*Oddball late 2000s tag team The Insiders
*Coolest Diamond Cutter variations

*Making the case for DDP as the ultimate feel-good, runaway success story in professional wrestling…And a great deal more! It’s safe to say this podcast would not exist, nor would we be the fans we are today, if not for the contributions of Diamond Dallas Page. We are unabashed marks for the man, so this episode serves as both an effusive tribute and birthday gift to ourselves. Whether you love us, or hate us, we thank you the listeners for never forgetting us over the course of two terrific years!

Two-time, two-time guest Andrew Scum Riche is one-half of the NBA-Team Podcast, available on the Place to Be Nation POP! feed, and he cannot be found on Twitter.
NEXT MONTH: Our take on one of the most talked-about PPVs in the annals of WCW podcasting, as the booth gets a little more crowded and spooky (and inebriated?).

Freak Out Drive-In: Return of the Living Dead