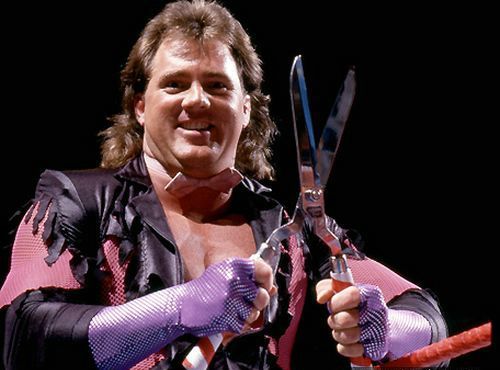 1990 was a big year in the life of this pro wrestling fan. Sure, I was cognizant of the sport in the late 80s, mainly thanks to my father, brother and buddy Jim. However, it wasn’t until early 1990 when I jumped into fandom for good. Along with my cousin Matt, we worked on devouring all things WWF that were available to us. We started making our way through archives via local video stores, yard sales and old magazines. While Hulk Hogan obviously was an early favorite and Akeem’s dancing made me a fan for life, there were two wrestlers that immediately captivated my imagination: Randy Savage and Brutus Beefcake.

Beefcake began his career in 1980, immediately forging a friendship with Hulk Hogan that would develop into a lifetime bond. Following Hogan to the WWF in 1984, Beefcake was a fairly bland heel that meandered around the midcard, lumbering his way through matches, looking for direction. Just when it looked like Beefcake was nothing more than a dude with a good body and two left feet, things turned around for him in the summer of 1985. Beefcake’s manager Luscious Johnny Valiant hooked his protege up with former Intercontinental Champion Greg Valentine and dubbed them the Dream Team. Working with a seasoned veteran like Valentine did wonders for Beefcake and the improvement slowly began to show. The Dream Team would defeat the US Express to win the WWF Tag Team Titles in August 1985. Their eight month title reign ended with a loss to the British Bulldogs at WrestleMania II. Beefcake & Valentine would continue to work as a team for another year, but by the time WrestleMania III came around, WWF brass was ready to let Beefcake strike out on his own as a baby face. The turn was fairly organic as Valentine and Valiant preferred Dino Bravo to Beefcake, effectively pushing Brutus out of the group. Couple this with some miscommunication during a six-man tag that saw Adrian Adonis accidentally trim the locks of the vain Beefcake and the writing was on the wall. At Mania, Beefcake would gain revenge when he helped Roddy Piper shave the head of Adonis and a new gimmick was born: Brutus “The Barber” Beefcake.

With his new gimmick, budding confidence and a healthy push, Beefcake had officially turned his career around. By the end of 1987, he was solidly entrenched in the upper mid-card and had built up a nice fan following. As 1988 dawned, Beefcake set his sights on the Intercontinental strap that was seated on the waist of the hated Honky Tonk Man. Beefcake would come up short in his challenge at WrestleMania IV, but the two would feud throughout the summer and the fans were hot to see Beefcake wrest the title away. The rematch was officially set for that year’s inaugural edition of SummerSlam, but before he could make it to Madison Square Garden, Beefcake was assaulted by Outlaw Ron Bass, who sliced up Beefcake’s face with his boot spur. The footage was so graphic that it would be aired with a giant red X over Beefcake’s face on WWF programming. The mercurial Ultimate Warrior would step in, quickly eviscerate Honky and history was officially made. The detour didn’t slow Beefcake down too much, but it definitely made fans and pundits wonder if Beefcake’s star had begun to dim.

Those thoughts quickly evaporated in the summer of 1989, when Beefcake was elevated to the Main Event, where he stood tall along best bud Hogan. Hogan had recently vanquished his former tag team partner Randy Savage at WrestleMania V, and the idea was to transition Savage into a feud with Beefcake while Hogan focused on a feud with Zeus to capitalize on the release of the feature film No Holds Barred. Savage and Beefcake really upped the ante both in the ring and out and it was clear that Beefcake had gotten to be a solid hand thanks to hard work and experience. When he mixed in that improved skill with his charisma, it was hard to deny he was a lock for a serious push as the new decade dawned. The four-man feud came to a head at Summerslam when Hogan & Beefcake defeated Savage & Zeus in a tag team match. Things would continue to boil until December, when the feud was finally blown off inside of a steel cage on a special No Holds Barred PPV. 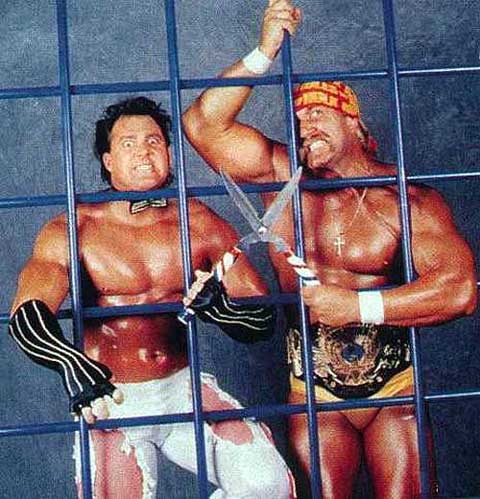 As the calendar turned to 1990, Beefcake was a made man. He would again team with Hogan to feud with the undefeated Mr. Perfect and his lackey, the Genius. Perfect and Beefcake would square off at WrestleMania VI in a match that saw Beefcake pick up the biggest singles victory of his career when he ended Perfect’s undefeated streak in front of 67,000 fans. Shortly after Mania, Perfect would win the vacant IC title meaning Beefcake now had a valid claim to the title, as he had just recently defeated Perfect before he captured the gold. Just as he was two years earlier, Beefcake was again lined up to take on the IC champion at SummerSlam and this time there would be no last minute swerves or newcomers looking to take his spot. Beefcake was primed for singles gold and the fans were ready to see it. However, on July 4, 1990, reality mirrored fiction in a most cruel twist of fate.

Celebrating the holiday on the beach, Beefcake was parasailing with a group of friends and enjoying life, ready to take the next step in his career. Beefcake was assisting a friend get prepped for flight but a mix up in signals with the boat driver led to a horror show as the friend’s feet were pulled directly into the unprotected face of Beefcake. The Barber’s face was completely destroyed from the impact and it would take numerous rounds of surgery and over 100 metal plates to reconstruct it. And just like that, in the blink of a distorted eye, Beefcake’s push and career were gone. The WWF scrambled and inserted the newly signed Kerry Von Erich into Beefcake’s slot. Von Erich would win the title earmarked for Beefcake, a man once again denied the brass ring. And in a coincidental twist of twists, Von Erich’s former moniker was, of course, the “Modern Day Warrior”.

When the accident was announced, I was heartbroken. Beefcake was my guy and his feud with Perfect had been so well built, I just sat there and wondered how this could have happened. Was my favorite’s career now over? It seemed like months would go by in-between updates, and even when we did receive one, it was brief and vague. I irrationally hated Von Erich for taking Beefcake’s spot at such a crucial point in his career. He finally popped back up in mid 1991, hosting an interview show known as the Barber Shop. It was great to see him back on TV, healthy and happy, but I always just wondered about what could have been. How long would his reign have lasted? Would he have stepped up to the main event scene in 1991? We would never know. 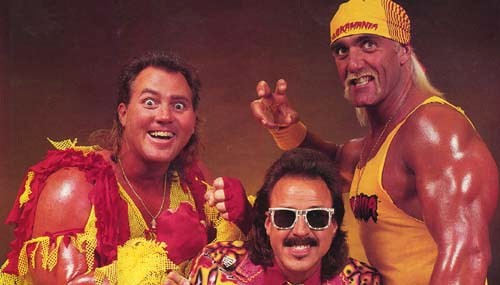 Beefcake would eventually return to the ring in early 1993, but it wasn’t the same. I had moved on and so had his push. Sure, he was dragged back to the main event scene thanks to his relationship with Hogan, but it was clear all the time off had left too much rust. All of the hard work had seemingly gone to waste and the improvements had vanished. Beefcake and Hogan would be gone from the promotion by June 1993, officially sealing the Barber’s WWF career once and for all.

The world of wrestling has thousands of stories similar to this; a guy that seemingly had all the promise in the world and the push to go with it, and couldn’t cash in and become a top star, but this one resonated with me. Brutus Beefcake was my guy, and he was screwed by fate, something that was completely out of his control. He may never have recovered, but Brutus and I will always have the memories of the spring and summer of 1990 when the Barber was on top of the world.