It’s September. This means back to school, back to work after summer vacation and this may also mean a lull at the movie box office. The summer blockbusters have come and gone, and the movie studios set up for the upcoming Oscar award season in the late fall/early winter. What I am going to present to you is an example of this lull by presenting the top five box office opening weekends in September….of all time. Did you see any of these movies when they opened? Let’s count it down! NOTE: I am a fan of Rotten Tomatoes, and for me, it provides a guide to films you may want to see/avoid, so I have included each film’s rating to give you an idea of the overall success of each film. 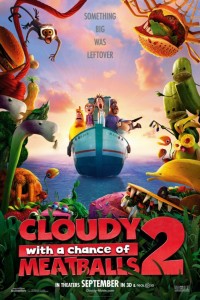 When Cloudy With a Chance of Meatballs opened back in 2009, it was hailed as a film the entire family could enjoy. Adults could appreciate some of the gags in the film, while the kiddos got into the visuals of the film. Cloudy With a Chance of Meatballs 2 wasn’t as inventive or creative as the original, but still dazzled with it’s animation. Current Tomatometer Rating: 70%. 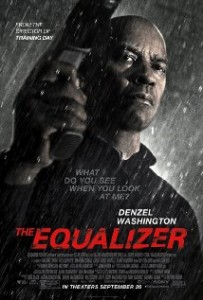 In this film, Denzel Washington is a retired ass-kicker who comes out of retirement to kick ass. The only action film to crack this list, it shows that Denzel still has some drawing power as an action star. Current Tomatometer Rating: 61%. 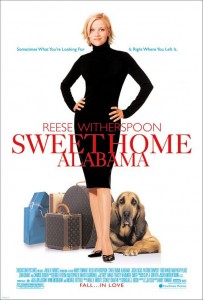 The oldest film on this list, opening back in 2002. Romantic comedies are not my thing, but apparently a lot of guys were dragged to this by their then-girlfriends/wives. I assume a lot of them have split/divorced by now. This movie could be to blame. The fact that a film this light-weight could still be in the top three September openings of all time shows that September truly is a weak month in the industry. Current Tomatometer Rating: 38%.

The only horror movie to crack this list and the second sequel. The chills in this one paled in comparison to the original, but still drew a lot of attention from horror movie fans. For this to be the second biggest opening in September shows that there was not a lot of competition from other movies in this genre. Current Tomatometer Rating: 38%. 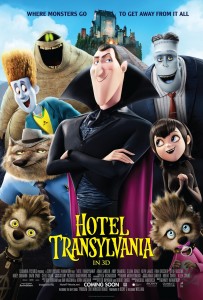 The list ends as it began: with an animated feature. a children’s favorite, for sure. Adam Sandler went from Gen X slacker favorite comedian in the 90’s to pandering kid’s film star, as he provided the voice of Dracula in this movie. I’m not sure if that added any attraction to the top September opening of all time, but it sure did pad Sandler’s wallet a little more. Current Tomatometer Rating: 44%.

Thus ends this list. I’ll return in October with the biggest openings of all-time for that month.