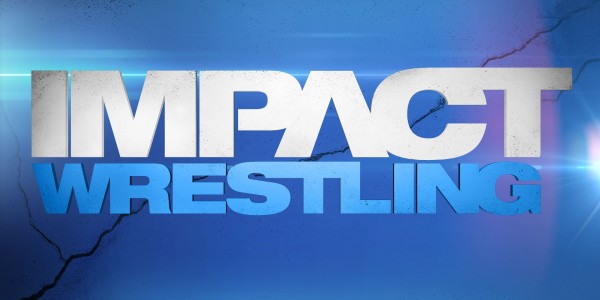 The reign of Aces and Eights are over, and Survivor Series comes to Impact Wrestling, tonight!

Oh, no, we have a cheesy looking wake set up, complete with coffin and munchies. Ken Anderson, in an equally cheesy voiceover, declares that he will have a proper send off for Aces and Eights this evening.

What would Impact be these days without Dixie leading off the program? She introduces Rockstar Spud, the winner of British Bootcamp, as her Chief of Staff. Crowd’s chanting for AJ and the United States. Next week, we’ll see Bobby Roode versus Jeff Hardy in a tables match, and Kurt Angle against Magnus in a Last Man Standing match. The winners of the Survivor Series match tonight get a feast. Now, she’s bringing out her nephew, Ethan Carter. He’s flown in an opponent from overseas to take him on…NEXT!

He’s hot, he’s spicy, and he tastes great!!! He name drops Misawa and Kobashi, but gets nailed from behind by EC3. Carter dominating, including punching Curry Man in his platter! Crowd chants “You can’t wrestle”, because they’re terrible. This is definitively the longest EC3 match to date. Curry Man does a strut, followed by a flying hip attack. He gets dragged off the top rope; however, and Carter hits the headlock DDT for the victory.

Kurt Angle reveals that Gunner Von Erich and James Storm will be his partners tonight. There’s some remaining tension between Storm and Gunner from Gunner throwing in the towel last week. Gunner thought that he had to do it, Storm’s not satisfied with the explanation.
Bromans are backstage with a returning Zema Ion, who they reveal as their personal DJ. Eric Young and ODB announce the return of the Turkey Bowl, or something. Bromans’ opponents will be NORV~ and Dewey Barnes. Everyone starts dancing like a turkey. Thanksgiving episodes of wrestling are the dirt worst.

Tapa chucks Velvet into the corner after taking some kicks to the thigh. This reminds me, there’s really been no mention of the X-Division over the past few weeks, save for Sabin’s involvement in the Heavyweight Title tournament. Gail Kim sent to the back for interfering, as Tapa continues to dominate. You can tell how high they are on Tapa and Ethan Carter by their inclusion every week. Sky up in a choke, which she escapes and follows up with some kicks, but Tapa strikes her back down. GOOZLE! Tapa lifts up Sky and drops her with a TKO into a stunner.

We get a video retrospective of the history of the Turkey Bowl. Zema Ion gets ALL UP IN YOUR AREA, introducing The Bromans from a DJ booth with some terrible sound effects.

ODB and Eric Young are at ringside with the turkey suits. Bromans gain the victory in about fifteen seconds with the “Bro Down,” which is the modified Hart Attack. Do yourself a favor, hunt down this clip, watch it, and get back to me. Barnes and Fernum put on the turkey suits and dance. They like it.

The Friends of AJ PAC is back, and they’re sadly running out of footage, rehashing what they’ve already shown. DIXIE IS ANGRY about these commercials! She tells AJ that she has a lot of shoes and a lot of lawyers, and he has one week to give her back the belt. I pray that the elimination match saves this show.

Team Roode is swank: Bad Influence and Chris Sabin will be joining him tonight.

Roclstar Spud and some caterer are arguing about what should be served for Thanksgiving dinner. Spud doesn’t know, because he’s British! HAHAHAHAHAHA!

Angle sits backstage with his third partner, and opponent next week, Magnus.

Earlier tonight, there was a funeral service for Aces and Eights, with Magnus, Kurt Angle, Samoa Joe, Eric Young and Mike Tenay in attendance. Ken Anderson comes out of a coffin to deliver the eulogy. They throw a dig at Hogan and how many segments Aces and Eights had over the last eighteen months. Angle gives a shout out to D’Lo, and tosses a bobblehead into the coffin. Joe mocks how ugly they were. Kurt Angle can’t drink one of the beers that Joe brought, because he’s a drunk, get it? This makes two consecutive Wrestlecrap worthy segments tonight. Eric Young tosses a turkey suit into the coffin, and I’m finished recapping this. I lied, because Bully Ray enters and threatens Anderson’s pregnant wife. He says that this is not death, but the final awakening.

Please, God, let this be good.

Angle and Roode start, and Angle quickly tries to latch on the ankle lock. Magnus in with Kazarian, catches him in a fallaway slam position, but hoists him into a suplex. Nice. Storm and Daniels in, and the crowd pops big for Criscuolo’s boy. Gunner and Storm hit a clothesline and Russian leg sweep combination. Action’s hot and heavy, but Taz and Tenay too busy riffing on Thanksgiving and the demise of Aces and Eights. Daniels and Sabin connect with double elbows on Gunner. Did Gunner just conjure up The Missing Link? Storm taking on Sabin and Daniels at once, and nails an enziguri, a lungblower and codebreaker in rapid succession. Kazarian comes into interfere and eats a superkick, but Sabin rolls Storm up for three count in five minutes. James Storm is eliminated.

James Storm kvetches at Gunner, for no apparent reason. He’s turning into a bit of a whiner. Magnus comes in and works over Sabin and Daniels. Bad Influence turn the tide, as Daniels hip tosses Kazarian onto Magnus. Magnus rallies with a modified Rock Bottom and in comes the Modern Day Viking. He connects with a backbreaker then lifts Kazarian up for the Gunner Rack, but Daniels kicks his knee out from under his knee, and they hit a leg sweep and clothesline combination for the elimination eight minutes into the bout. The referee has been letting everyone come in without tags. Gunner has been eliminated.

Maguns tries to get the crowd back into it and exchanges punches with Daniels. He hip tosses him over the top rope then clotheslines him off the apron, injuring his knee in the process. The trainer comes out to check on him, as we go to break.

Angle goes at it alone against all of Roode’s Brood, as Magnus was helped to the back during the commercial. Magnus has been eliminated. Sabin and Bad Influence triple team Angle with leg drops, then pose a la Kaientai. INDEED. Angle with a cradle but the referee is distracted. Bad Influence hit the same move that defeated Gunner, but they don’t cover. Roode tries to finish Angle off, but a bunch of miscommunication allows Angle to take control. Belly-to-belly for Roode, and Sabin! A triad of Germans for Roode, and Daniels, and Kazarian, then German suplexes Kazarian and Daniels simultaneously! Olympic Slam on Sabin! Kurt Angle is fighting like a ninja. Now he’s got an ankle lock on both Sabin and Daniels at the same time, and we’re getting a bit silly now. Roode misses with a chair shot and eats and Olympic Slam as well. Angle with the chair, and he starts smacking everyone with it. Kurt Angle has been eliminated.

That was a decent match, clocking in at around twenty minutes. There was never a slow moment in the bout, which you can do when you have eight solid guys in an elimination match. As several PTB members alluded to in the pre-Survivor Series roundtable show, these matches aren’t hard to book, and, given enough time, are generally enjoyable. With twenty-some minutes remaining in the show and the main event in the books, I’m terrified what they’re going to do for the rest of the time.

The winners of the elimination match celebrate with Roode declaring that he owns Angle. Storm decries the loss and Gunner questions whether Storm is thinking about himself or the team.

Tenay, Taz and some video shill the title tournament. The semifinals are next week.

Dixie and EC3 leave Spud in charge of the Thanksgiving feast. Great, another skit yet to come!

Spud invites all of the winners from tonight’s episode to the ring for the feast. I didn’t realize until now that only the heels won this evening. Roode gets irritated that Velvet Sky is with Sabin since she lost, and Sabin tells her to head on back, offering her a doggie bag. Each member of the party gives thanks for something, and, of course, Daniels and Kazarian own the segment. This…this is also terrible. I really try to stay positive while reviewing these shows, but I just can’t tonight. More blathering, and Angle comes out as everyone starts to eat. Angle: “I don’t see a ring full of winners, I see a ring full of turkeys.” UGH. All of the faces come out, the requisite food fight breaks out, and, eventually, the whooping is punctuated by NORV AND DEWEY hitting stereo splashes off the top rope, in their turkey suits.

And with that, I’m out. I’m expecting a pumpkin pie delivered by Justin and Scott for taking the 90 minutes to watch this train wreck this evening.