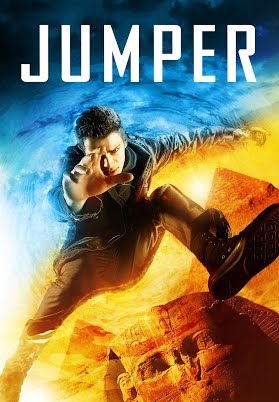 So we are now into the second month of 2008 and after a fairly solid start back in January, it would be interesting to see if the box office could build on that and move 2008 forward. This February was already off to a better start than last year in that January 2007 was a complete dog while January 2008 was slightly better, and given the amount of films released this month you figured at least one film would break from the pack and lead the month. While there was no film that would end up breaking that magical $100 million mark, we did have a few films do well enough that they made it into this category. The first film released this month that ends up being a winner is the thriller Vantage Point, a film that sees an assassination attempt on the President of the United States from eight different viewpoints. While the film received mixed to negative reviews from critics, the premise was just strong enough that it was able to draw a decent audience towards the end of the month and ended up finishing with a good chunk of money. The next film released this month that makes it into this category is the concert film Hannah Montana/Miley Cyrus: Best of Both Worlds Concert Tour, a special concert presented by Miley Cyrus and her character Hannah Montana. Coming out as a special one-week engagement during Super Bowl weekend, the film ended up being a massive success and was kept in theaters for a longer run and did much more than I think Disney ever expected it to. The third film released this month that makes it into this category is the dance film Step Up 2 the Streets, the sequel to the original Step Up where a street dancer joins an elite dance school and tries to fit in. Coming out a year and a half from its successful predecessor, the film was not well received by critics who considered it a re-tread of the original and it would end up falling short of the first film though it was still a mild success given its small budget. The fourth and final film from this month that ends up being a winner of the month is the romance comedy Definitely, Maybe, a film where a man helps his daughter cope with a pending divorce by telling her about his past romances. The film would end up receiving positive reviews from critics and had a prime release date by coming out on Valentine’s Day, and it did fairly well despite finishing fourth that weekend behind three new releases and a holdover. While none of these films ended up breaking $100 million like Ghost Rider did last year, they did just enough to make a small profit and be declared the winners of the month.

So in an interesting note, last month we had four winners of the month and this month we also have four winners of the month, and now we do the same here as last month had one loser of the month and this month also has just one loser of the month. While there were a lot of films released this month which made it seem like that there would be more than one loser of the month, the majority of the films did make just enough money to not get included in this category. However, there is one film from this month that ends up being in this category and that is the comedy film Semi-Pro, a film about a former singer turned ABA franchise owner who works to ensure his team makes it into the NBA through various stunts. While it would debut at number one in its opening weekend at the end of the month, the film would not do nearly as much as previous films starring Will Ferrell and coupled with middling reviews from critics it would end up being on the lower end of his films. It has been very interesting that these last two months have only had one film that ended up being a loser of the month, and it will be interesting to see going forward if that trend continues to ends up getting worse.

Now when you look at what I named the story of the month, you are probably thinking to yourself that every month has a lot of films released so how could that possibly be good enough to be a story of the month. While every month does have a lot of films released during its time, this month in particular seemed to be extra stuffed with a variety of films to try and appeal to different sections of the paying consumer. This month saw everything from films appealing to kids (Hannah Montana, Spiderwick Chronicles) to thriller (Vantage Point), from sci-fi (Jumper) to comedy (Fool’s Gold, Semi-Pro), and even romance (Definitely, Maybe) which makes sense given the Valentine’s Day holiday. In addition to having the President’s Day holiday which was very successful last year with Ghost Rider and it seemed that something had the chance to break out of the pack and dominate the month. Instead, nothing stood out with Jumper finishing at the top of the month with just $80 million and after a strong start to the year, February kills a bit of the momentum instead of continuing it.

When it comes to choosing an overachiever for the month of February, I can say pretty confidently that this concert film was going to be amongst the choices and ultimately be named the overachiever. The popular TV show was in the midst of its second season and was continuing to gain popularity as was its star Miley Cyrus, so it only made sense that Disney would attempt to capitalize by filming one of her concerts and showing it in theaters. It was heavily hyped as a one-week engagement and was presented in 3D which wasn’t as hot as it would be in over a year, and coming out on Super Bowl weekend was a prime spot for it since its core audience would not care about football. The end results were far more than I’m sure Disney ever expected and they would end up keeping the film in theaters over the next month though it would fall off after the initial weekend since it was hyped to be in theaters for only one week. Even though it would finish in the middle of the top 10 after a very strong start, there is no question that this was a big success and deserves its title of the overachiever of the month.

Underachiever of February 2008: The Spiderwick Chronicles

So when looking for an underachiever of the month, it would seem that there would be multiple options to choose from though in the end there really ended up being only one clear choice for this category. We go back to February 2007 where the movie Bridge to Terabithia had a successful run and went onto become a winner and the overachiever, so I’m sure that many thought the same would happen for the fantasy film the Spiderwick Chronicles, based on the book series which sees a boy finds a field guide to fairies while battling monsters. Despite receiving favorable reviews from critics and coming out on the pivotal President’s Day weekend, the film ended up underperforming and fell behind Jumper on what became one of the worst President’s day weekends in recent memory. This coupled with the fact that this book series is not as well-known as Bridge to Terabithia and despite having at least four weekends by itself to attract families, the film would end up being a disappointment when it could’ve been a standout and thus it ends up earning the dubious title of underachiever of the month.

So as I mentioned last month, February is usually the month where the Academy Awards and Golden Raspberry Awards take place barring some major event happening during this time to push it into early March. While last year we got a few films released that came out just in time for that year’s awards, more often than not they get included in next year’s awards. In an interesting month, we have only three films that make it into this category which was on the low end and in an even rarer moment, we have no films that were nominated for an Academy Award or Golden Globe meaning that all the films here were up for Golden Raspberry Awards. The first film released this month that makes it into this category is the romantic comedy Fool’s Gold, a film about a divorced couple who find their relationship rekindled during a hunt for treasure. Much like previous romantic comedies of this norm, it was not well received by critics and would receive one Golden Raspberry nomination (Worst Actress) which it wouldn’t win and it would fizzle out over the weeks despite ending up with over $70 million. The next film released this month that makes it into this film is the horror film the Eye, a remake of a 2002 Hong Kong film of the same name where a blind violinist receives an eye transplant only to see terrifying visions of past memories. The film would receive bad reviews from critics who considered it a poor remake of the original and the director himself felt disappointed by the final product, and it would receive one Golden Raspberry Award nomination (Worst Actress) which it wouldn’t win. The third and final film released this month that makes it into this category is the comedy Witless Protection, a film about a deputy who must protect a woman from corrupt FBI agents and a criminal who wants her dead. The film would be universally panned by critics and ended up being considered one of the worst films of the year, and it would be nominated for three Golden Raspberry Awards (Worst Actor, Worst Supporting Actress, and Worst On-Screen Couple) though it wouldn’t end up winning either one. If anything, this was just another example of how this month ended up being pretty middling and downright putrid.

So overall, the month of February 2008 ended up being a pretty dismal month and was nowhere near as successful as the previous February was. After 2007 managed to end on a high note and January got the year off to a decent start, this month had the chance to keep the momentum going but for some reason it wasn’t able to despite the amount of films that were released this month. This was perhaps the biggest example of how having the same amount of films come out around the same time targeting the same audience ends up saturating the market pretty badly and no film ends up standing out in the long run. While the films on top did make a decent amount of money, too much of it was spread out for one film to break the magical $100 million like Ghost Rider was able to do last year. As mentioned, 2008 got off to a decent start in January and February started well enough, but by the middle it had petered out and now the year is heading limping into March, and we will see if March can be able to turn things around and also produce our first $100 million film of the year. As for February 2008, it wasn’t bad enough to earn a failing grade due to a few films doing decent business, but it still was not a good month and 2008 needs to rebound badly.