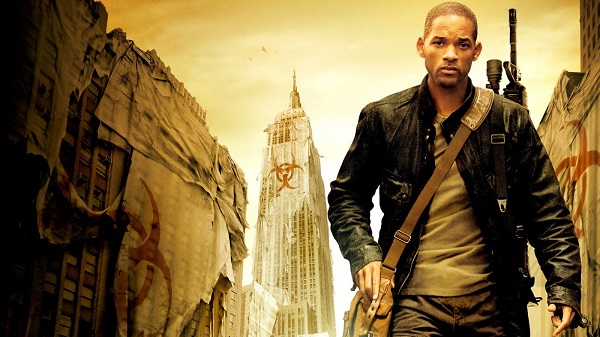 Top 10 Films for the Month of December:

December Winners: I Am Legend, National Treasure: Book of Secrets, Alvin and the Chipmunks, Juno, and P.S. I Love You

So we have finally reached the end of what has clearly been a very tumultuous year and after the tepidness that November was, the pressure was on December to end things on a strong note and go into 2008 with momentum. Thankfully, there were a few films that were pretty well anticipated this month and they did not disappoint as the box office completely turned around as it was way up on November and blew away anything from the fall. The first film from this month that is one of the clear winners of the month is the sci-fi horror film I Am Legend, a film which sees the last man on earth work to find a cure for a virus that turns humans into nocturnal vampires. The film based on the novel of the same name and remake of the 1971 film the Omega Man received solid reviews from critics who praised star Will Smith’s performance, and the film would set a record for the highest opening weekend in December that would stand for 5 years while also finishing as one of the top films of the years. The next film from this month that makes it into this category is the action film National Treasure: Book of Secret, the sequel to the 2004 film that sees Ben Gates try to clear his family’s name while searching for an unknown treasure using clues from the President’s Book of Secrets. The film would receive mixed to negative reviews from critics much like its predecessor did, however that did not stop families from coming to it over Christmas weekend as it would finish ahead of the first film and was an unexpected success for the year. The next film from this month that makes it into this category is the family film Alvin and the Chipmunks, based on the popular cartoon where the singing chipmunks meet Dave Seville who helps them become music stars. The film was not well-received by critics though that again did not deter families from coming out to see it as counter-programming to I Am Legend, and coming out the weekend before Christmas proved very profitable for the film and a new franchise would end up being born out of it. The next film released this month that becomes a winner is the comedy film Juno, a film about a teenage girl who becomes pregnant and deals with the pregnancy while trying to find a family for her new baby. Pushed as a coming-of-age film during the holiday season, the film was very well-received by critics and played well on both the limited circuit and when it went wide on Christmas and was one of the award contenders to make the most money during its run. The fifth and final film released this month that makes it into this category is the romance film P.S. I Love You, based on the novel of the same name of a woman who loses her husband to death and copes with it while moving on thanks to letters written from him to her. Like some of the other films in this category, the reviews from critics were not kind though it still benefitted from coming out the weekend before Christmas and providing more counter-programming to other films out at that time which resulted in it making a decent profit. It is pretty remarkable how well this month did in terms of money made and how it dwarfed the previous few months, and thankfully 2007 was able to end on a high note which we will get to later.

When it comes to choosing films to be included in this category, it’s pretty interesting in that not a lot of films from this month ended up doing poorly enough to be included. Unlike last year where there were a few films that ended up being losers of the month, this year proved very different as most of the films released this month did well enough that avoid making it into this category. However, there was one film released this month that fully deserves its spot in this category and that is the fantasy film the Golden Compass, based on the first novel of the His Darkest Materials where a girl tries to save fellow children in a parallel universe. The film would receive mixed reviews from critics with some praise going to special effects while much of the criticism revolved around not honoring the source material of the novel, however some felt that coming out at the beginning of the month may give it a slight boost going into Christmas. Ultimately, it would have a very soft opening weekend and ended up being lapped by other films that came out after it, and its failure at the box office would end up putting an axe to any sequels in the future while also leading to Warner Bros. purchasing New Line Cinema as well. It’s not often that a film is responsible for the closure of a film studio which goes to show that the box office can be a tremendous influence on certain films’ successes or in this case, their failures.

The Surprise/Story of December 2007: Will Smith out-duels treasure hunters and singing chipmunks to close out 2007 on a high note

As we were heading into the final month of 2007, there was a lot of pressure on the films that were being released in that they had to make up a lot of ground from how poorly the fall performed and how tepid November ended up being. Thankfully, as I had mentioned there was enough buzz surrounding the films that were being released that there was a good chance the month would end the year on a high note. Ultimate, most of the films from this month did do very well with I Am Legend, National Treasure, and Alvin and the Chipmunks standing out the most as they all finished with well over $200 million. In the end, I Am Legend managed to outlast both of those films by a pretty significant margin and finished at the top of the month though again those other two films deserve a lot of credit for finishing the year on a strong note. Considering that Christmas usually sees big family films come out and draw a lot during that time, the fact that a non-family film finished at the top of the month is a true testament to the drawing power of Will Smith and showed that any genre could do well during this timeframe.

Overachiever(s) of December 2007: Alvin and the Chipmunks and Juno

So this was an interesting category to come to in that there are plenty of choices to choose from in terms of picking the overachiever of the month, and this is one of the rare times since I started doing these recaps in that we have two films that deserve the title of overachiever. The first film from this month that earns the title of overachiever is Alvin and the Chipmunks, which may seem like a weird choice given that I think many thought it would do well because it was coming out around Christmas. However there were some question marks surrounding it in that popular cartoons that become live-action films with CGI don’t always live up to expectations, but the brand was strong enough in that it was a draw with those that grew up on the Chipmunks and helped expose them to a new generation, and as a result it wound being a lot more successful than I think many expected and as mentioned led to a new franchise being born. The other film from this month that deserves to be the overachiever of the month is the film Juno which believe it or not was the third film released this year regarding an unplanned pregnancy though this one touches on teen pregnancy. The film would be regarded by critics as one of the best of the year and would be one of the sleeper hits of the month, gaining a solid following on the limited circuit before going wide on Christmas and became the first film from Fox Searchlight to gross over $100 million which is quite the feat for the film and the studio. It speaks volumes to this month that two films on completely different spectrums would both be worthy of the title of overachiever of the month, and it will be interesting going forward if this happens again as I would love to see it happen again.

Underachiever of December 2007: The Water Horse: Legend of the Deep

So in previous months when it came to choosing the underachiever of the month, usually the choice was pretty simple as there would almost always be one film that clearly belongs in this category for either being a bomb or not performing up to what was expected of it. However, for the month of December 2007 there is not really a film that stands out like that and choosing an underachiever was pretty hard. On the surface it seemed like the Golden Compass should be considered for this category, but I don’t think that the film had much expectation going in and it bombed as many thought it would end up doing. But I do have to select one film and I will ultimately go with the fantasy film the Water Horse: Legend of the Deep, a film based on the book of the same name of a boy who cares for a baby dragon who becomes the fabled Loch Ness Monster. This probably has to be the weakest underachiever of the month since I started doing these recaps back in May 2006 in that this film received positive reviews from critics, and it did have the prime Christmas Day release though it did suffer from coming out with other family films doing well and cutting into its business. The film did end up making a bit of money and didn’t bottom out completely like other underachievers, but I think it could’ve done somewhat better if either released earlier in the month or coming out in a different month. But at the end of the day, it does end up being the underachiever of the month though again it’s arguably the weakest underachiever of the month.

So overall, the month of December for 2007 ended up being one of the more successful months of the year and manages to end the year on a strong note after a dismal fall and underwhelming November. As mentioned, the year was limping into the end of the year after the momentum the summer had built up and it would be up to the films released this month to try and turn things around to save the year. There were just enough films from this month that were pretty highly anticipated and they ended up meeting expectations, and the rest of the films that didn’t make a lot still did fine enough to make the month a success and put it on par with the summer months. 2007 has been a real roller coaster of a year as it started pretty bad, spiked during the summer, tailed off again throughout the fall, and now we manage to end on a high note. 2007 is now in the books and it will be interesting to see what happens in 2008 as there appear to be several films that look to make history and build on what 2007 has done. As for the month of December in 2007, it is one of the top months of the year and 2007 manages to go out on a high note.