With the likely final game of New York Yankees’ third baseman/designated hitter Alex Rodriguez come and gone Friday, a few of the baseball die-hards at Place to Be Nation put together their thoughts, memories, and recollections of Rodriguez and his legacy.

However, Rodriguez was as controversial off the field as he was great on it. From failed PED testing, a 162-game suspension for those indiscretions in 2014, and a little black book that rivals Charlie Sheen, he was as much a celebrity icon as a ballplayer. His on-field legacy will be debated and celebrated for years to come, and if his career is truly over, Rodriguez will make for a fascinating Hall of Fame discussion when his number comes up. 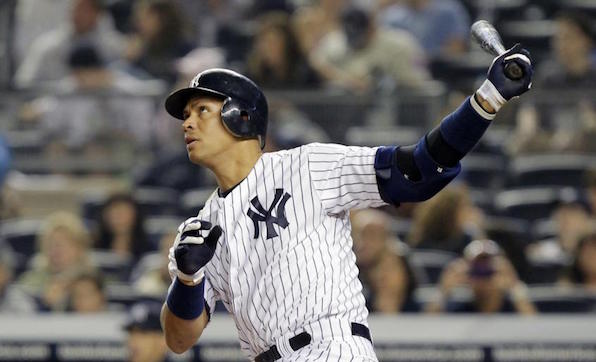 Alex Rodriguez was a guy that could just never get out of his own way.

He was amazingly talented and easily one of the greatest all-around players in MLB history. A true Hall of Famer by any definition. He also made things much more difficult on himself than he needed to. Steroids existed in baseball for many years, he wasn’t alone. But due to his multiple slip-ups and his overall demeanor and persona, he became the poster boy for juicers in the 2000s.

As a Yankee fan, I saw A-Rod at his best and at his worst, multiple times over.

Despite destroying the baseball in the 2004 playoffs, he got saddled with the label of choker in subsequent seasons, even suffering through the embarrassment of Joe Torre batting him eighth in a do-or-die playoff game. Rodriguez responded with a monstrous season in 2007. In 2009 he shrugged off the “unclutch” label (unless you were just an ardent hater) and led the Yankees to a World Series win.

The years after still saw some big numbers but also brought with it many struggles and more embarrassments. By the time he figured it all out, it was too late. By the time he just stopped getting in his own way and just became one of the guys, relaxed and just played baseball, his skills and body were eroding.

There will never be another Alex Rodriguez and I will miss rooting for him. I will miss every clutch hit coming right after fans bemoaned him as a choker. I will even miss every stupid dipshit thing he did without thinking, whether it was slapping the ball out of Bronson Arroyo’s glove in the 2004 playoffs, or yelling “HA” to make a Toronto Blue Jays infielder drop a pop up … I will miss the whole package.

It made A-Rod entertaining.

It made him frustrating.

But it also made him great. 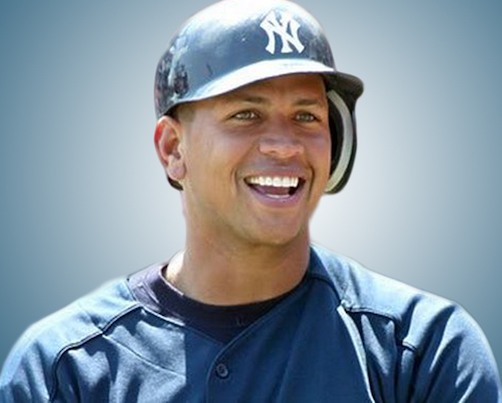 I have been asked often over the years that if Alex Rodriguez didn’t play for my beloved New York Yankees, would I still be an A-Rod supporter.

The answer has always been yes!

Throughout the history of sports and entertainment, many of the people that we idolize have used performance-enhancing substances to give them a boost in one way or another. In the 1980’s such movie stars as Arnold Schwarzenegger and Sylvester Stallone were gassed to the gills in a numerous amount of films that they were in.  That didn’t stop us from dishing out our hard-earned money to buy a ticket to the box office and watch them knock someone’s head off or shoot terrorists from a helicopter.

Along with movie stars, larger-than-life professional wrestlers such as Hulk Hogan, Ultimate Warrior and the British Bulldogs used enhancements to give them the look of super heroes come to life. We would still watch them on Saturday mornings and buy those action figures at the toy store.

Let’s not forget about music. Do we really think that some of the greatest songs of all time would sound as good as they did without artists taking substances? I don’t think members of The Beatles, Black Sabbath and Aerosmith would get the sound they were looking for otherwise. This never stopped us from buying their albums or hanging a poster of them above our bed.

If August 12, 2016 is in fact Alex’s final baseball game, he will go down in history as a guy who was a modern day super hero come to life. 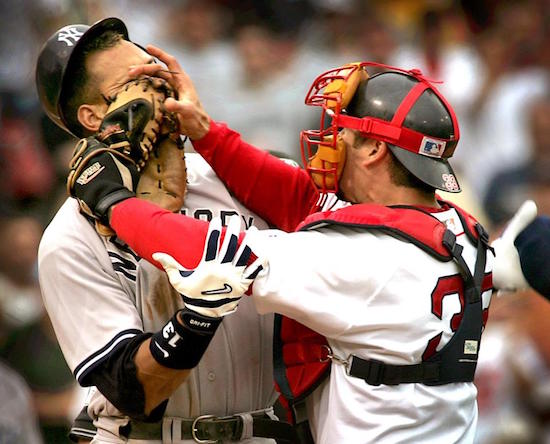 Being a die-hard Red Sox fan hasn’t always been an easy thing to cope with.

So when the Sox had a chance to acquire A-Rod from the Texas Rangers after the 2003 season, I thought that this would be the guy to help get them over that hurdle; to take them to the next level.

A-Rod was a superstar and was probably the missing piece to a championship team. But then negotiations fell through, and the next thing we knew, those @#$%ing Yankees swooped in and worked out a deal!

You thought they were done twisting the knife when Aaron Boone walked off in Game 7 of the ALCS against Tim Wakefield?

No way, man. They were just getting started.

Reflecting back on the deal that never was, A-Rod would not have been a good fit amongst the self-proclaimed “Idiots” of 2004.

That season, the Yankees were still flexing their muscle against the rest of the division.

On July 24, the Yankees and Sox had one of those four-hour FOX nationally-televised games/marathons. The highlight of the game, for me, was not Bill Mueller winning the game with a walk-off home run against Mariano Rivera. No sir. It was the third inning when Rodriguez was hit by a pitch from Sox starter Bronson Arroyo.

A-Rod took issue with it, and barked at Arroyo. But it was the Arroyo’s catcher that day; captain of the Red Sox, Jason Varitek, who forever became a true Boston icon when he stepped in front of A-Rod and gave him the business end of his catcher’s mitt….right to the face.

After that incident, A-Rod become the living embodiment of everything Sox fans disliked about the Yankees.

All A-Rod could do about it was slap the ball out of Bronson Arroyo’s glove during the American League Championship Series that October.

Oh yeah, about that ALCS… 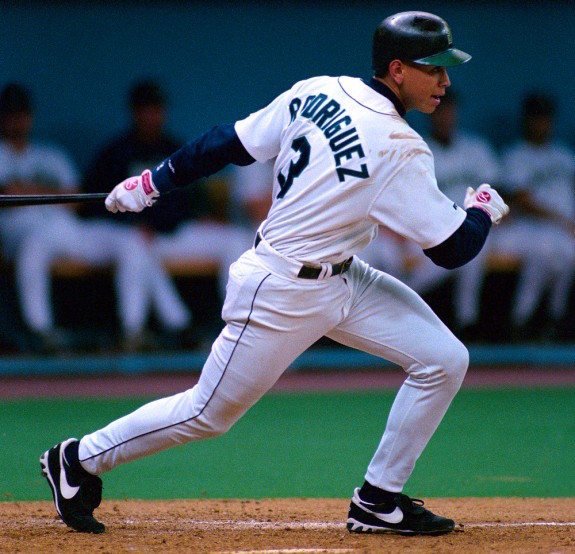 Alex Rodriguez was supposed to be our generation’s Luke Skywalker.

He was the wunderkind out of nowhere (apologies to Seattle), learning from the generation before him with Ken Griffey, Jr. and Edgar Martinez as his mentors. He was the next great thing in Seattle baseball. A new hope in ALL of post-strike baseball.

It was so fitting that A-Rod’s first season as a superstar (.358/.414/.631, 2nd in AL MVP voting) came in 1996, one year after “The Double” that defeated the Evil Empire and sent the Yankees home in the 1995 American League Division Series. The hit that saved Seattle baseball.

But now that his career has wound to an end, we know that Alex Rodriguez was never our Luke Skywalker.

He was our Anakin Skywalker and he became this generation’s Darth Vader.

You could never deny Alex’s talent, skill, or acumen for the game. You had to respect what the man could do, even if the man himself was so … unnatural? Unlikeable? Unknowable?

From the instant Rodriguez signed his 10-year, $252-million contract with the also-ran Texas Rangers after the 2000 season, it was clear he was not in this game for love. He was in it for money.

At least that’s how we saw it.

Our culture is, and always has been, incapable of doing things for both love and money. It’s an “either/or” proposition; never an “and”. Once someone signs on for the money, we can no longer view them as a lover of the game. They are not a master or virtuoso.

Rodriguez’s subsequent move to the New York Yankees was inevitable. It was destined to happen, just as Anakin’s fall from grace. From the moment Rodriguez went after the big money down in Texas, everyone knew he would one day move on to the Evil Empire. It was a “when”, not an “if”.

He was so great at the game that it became a given he would put those numbers up. From early on, as a first overall draft pick by the Mariners in 1993, this was a man destined to be a great baseball player. And he was.

But his failings as an icon, as a celebrated figure, as an all-time Phenom, are forever cast in shadow by that all-consuming desire to be the greatest. That was Rodriguez’s ultimate legacy: A man so driven by his desire for greatness that he lost sight of many things and became the very thing that we – as baseball fans and a culture – never want our heroes to be. 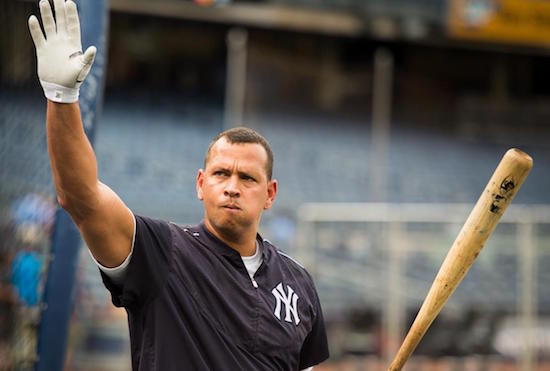