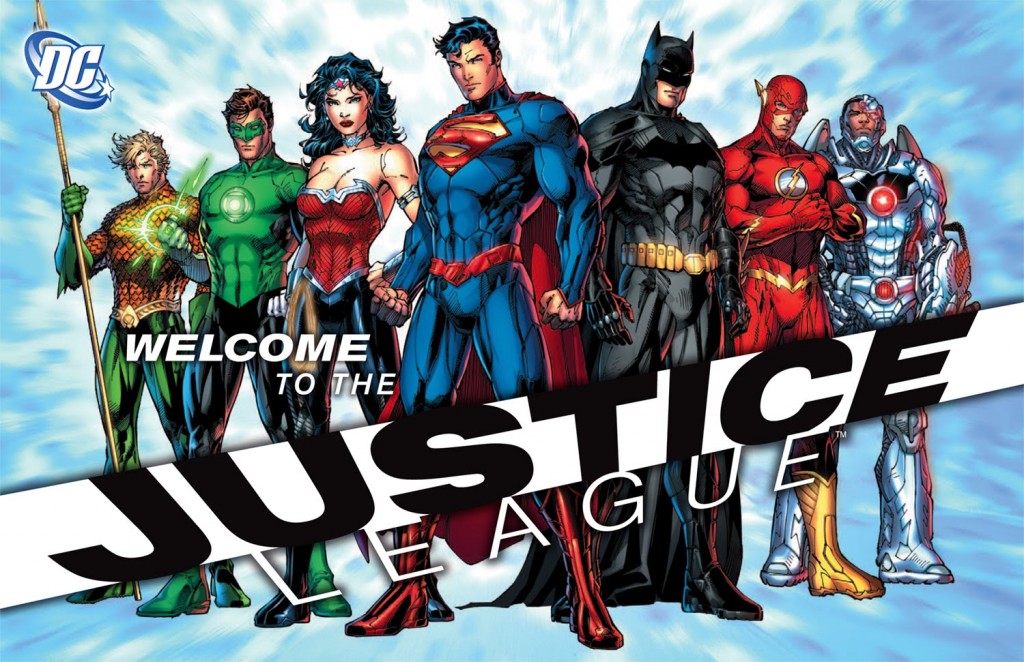 About 15 years ago, when I was but a high school lad, some friends and I talked at length about how cool the rumored Justice League film was going to be. Of course, this was not to be as those rumors in the early days of the internet, were just that and nothing more. As a big DC fan, even then, it was heartbreaking to think the last time we’d see a DC hero on screen was in Batman and Robin…

Lots of completely BS rumors have hit over the years, but one thing was for certain: Warner Brothers wanted to make Justice League happen, they just had no idea how they wanted to proceed. Then the Marvel Cinematic Universe happened. It was huge gamble that paid off in a big way thanks largely to a cohesive vision (thanks Kevin Feige!) and strong performances from the various casts. Now, WB is concerned with getting its own franchises going; most importantly, this one.

We know for sure that Zack Snyder will direct the film and it’s strongly evidenced that Chris Terrio (Argo, Batman v Superman: Dawn of Justice) will write the script, but what about the other details? The cast is largely known at this point, but story points are vague at best. How about a villain? Or maybe villains? How much is this thing going to cost? How much will it have to make? Is it two movies or one movie split into two parts?

Let’s explore the possibilities together!

Keys to the Kingdom (Come)

Charles Roven is the guy behind the production of lots of WB hits like The Dark Knight trilogy, American Hustle and, of course, Man of Steel. He’s working closely with Zack Snyder on Batman v Superman and will likely be in the mix for Justice League, if not every DC Cinematic Universe movie. He’s also the guy that cleared up a few rumors about Wonder Woman not too long ago and gave us some big hints about the direction of the DCCU.

With Man of Steel becoming a more-than-solid hit for the studio, Roven was clearly able to push things forward at a much faster pace for the follow-up and then get the ball rolling even faster on a larger-scale plan. It’s going to be one seriously expensive plan, too.

Marvel’s The Avengers was made for around $220 million and wound up grossing $1.5 billion worldwide. Now, that’s not the most expensive superhero movie ever made or anything (looking at you Spider-Man 3), but it’s up there. And you can place a safe bet that Age of Ultron costs more. But Justice League will likely outpace all of those. I’m betting it hits the $300-325 million mark. Man of Steel clocked in at $225 million and you can bet that Batman v Superman: DoJ will land somewhere between $250-275 million. Apply the law of increasing budgets and there you go.

Given the ever-expanding cast of characters and the power sets each brings to the table, you have to accommodate for some visually-demanding and high dollar special/visual effects. Not to mention some of the names attached to these roles (*ahem* Ben Affleck *ahem*) are going to come with a hefty price tag all on their own. Before WB decides if Justice League is worth it, Batman v Superman needs to be a mega hit. Something like $1 billion would be a nice number to bring the studio some much-needed comfort. Given its current Hobbit franchise is coming to an end and the next Harry Potter spin-off isn’t ready yet…this is definitely a job for Superman (and Batman…and Wonder Woman…and The Flash…and Aquaman…).

Justice League needs to score big. If its price tag is as big as I predict, then it needs to land above the $1 billion mark. At that point, it pretty much has to in order to be profitable enough to keep the DCCU alive. If it falls way short of this, maybe only matching the totals of Man of Steel and/or Batman v Superman, we might be lucky to get part two (assuming it’s shot as a single film). While it’s moot now, Marvel’s cinematic universe depended largely on the success of Avengers. The other films had done fine, but Avengers was the touchdown play. If it didn’t work with audiences and, to a lesser extent, critics then the future would have been uncertain for the rest of the line. Thankfully, there were no issues to resolve there. Justice League, however, faces an uphill battle in terms of garnering the kind of support Marvel Studios so easily comes by these days. But Marvel has had six years to build that high level of trust (which it didn’t have at all prior to the first Iron Man film and even then it was still shaky).

While people have been screaming at WB to follow the Marvel formula, the only play out of Marvel’s book that’s necessary is “have a vision and stick to it.”

You’ll be a Starro soon!

Financial burden aside, let’s talk about the story. There’s been a rumor floating for a while that Brainiac, a major Superman villain, would be the primary antagonist of Justice League. While that sounds like a plausible and even good idea, does it make sense for what we’re seeing? Maybe…

We still don’t know who’s going to be knocking Superman around in Batman v Superman: Dawn of Justice, other than Batman. There’s a villain that’s got to bring them together, besides Lex Luthor, since the name of the game is bigger and better story and action set pieces. A popular, if unfounded, rumor about what happened to General Zod’s body after Man of Steel has brought up the possibility of Bizarro with a possible return for Michael Shannon. There’re also thoughts about the remnants of the World Engine (the machine responsible for the vast majority of the destruction in Metropolis, not Superman) and the possibility that it created Kryptonite during its terraforming event. This has suggested a possible intro for Metallo, another major Superman villain who’s mind was placed in a Kryptonite-powered cyborg body.

It’s going to take a major player to bring the heroes of the Justice League together. When the group made its first comic book appearance (sans Batman and Superman, by the way) it faced off against a psychic-powered alien force called Starro which used spores (shaped like starfish) to mentally control human and slowly take over the planet. Starro might also be the most ridiculous looking villain the team ever faced. On the comic book page, Starro works. On the big screen, much like how a giant psychic tentacle monster would have ruined Zack Snyder’s Watchmen, it’s just a bad idea. The character could be reworked to be more of human-like creature, but at that point you might as well just use Brainiac instead.

Speaking of Brainiac,supposedly the team will come together to take him/it out by the end of the first film with Green Lantern showing up at the end to warn them of something worse: Darkseid. Sounds fairly epic in scope, but I’m skeptical. Unless Warner Bros. plans to make every single solo film between the Justice League parts prequels to tell the backstories of its main members. Seems quite unlikely that would be the route taken.

My baseless prediction is that a little more influence from Darwyn Cooke’s New Frontier is probably in order. It’s a story that would work for Wonder Woman’s first encounter with man’s world and Green Lantern’s (Hal Jordan) origin. While the main villain of that story, The Centre, isn’t exactly well known, its presence isn’t necessary and could easily be replaced by the oncoming forces of something like Darkseid or even Brainiac. And while the story of New Frontier is set during the onset of the Cold War, obviously Justice League as a film will not be. And the world clearly isn’t aware of other superheroes outside of Superman and maybe Batman at this point. The others fitting in, if the New Frontier format is followed, shouldn’t be too much trouble or difficult for the audience to understand. Especially if Batman v Superman does its job properly with some introductions.

It also leaves room for the sequel to get even bigger and in ways that we may have only dreamed of.

More than a Just Us League

There are lots of concerns from fans about the creative direction and timing of the DC film slate. Many have been waiting for a Justice League film and a shared DC Cinematic Universe for years. And every time a new announcement or rumor pops up Twitter seems to have a conniption. While that speaks to the strong passions of fans, it also shows how the need to react has largely overridden many people’s ability to think.

Warner Brothers has a herculean task ahead of it, especially if the goal is to actually compete with Marvel Studios. Marvel found a way to make some of its less popular characters accessible and fun for general audiences and if there’s any lesson WB should learn from, it’s that one. Make the characters accessible and the audience will follow them. If you have a solid cast in place, it’ll make it that much easier.

While there should be inside references for long-time DC fans, the main plot and characters shouldn’t be propped up by those elements. That would make the movies a little too inside for general audiences and likely result in lower box office take. Even Marvel Studios’ signature post-credits scenes have been known to cause some movie goers to say “huh?” rather than hyping upcoming films.

This needs to be the biggest DC movie in the slate and the biggest movie WB has ever produced for all the reasons listed above and a host of others that may include the studio’s future. There are a few people out there who’d like to buy the property which, at the moment, does appear to be in a weakened state. Here’s hoping that doesn’t happen and that the Justice League is able to save the day once again.

Come back next week for a breakdown of The Flash!