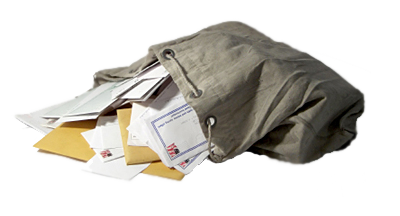 JT Rozzero writes me on Facebook the other day…

Hey Scott… Any interest in maybe doing a bimonthly or monthly mailbag piece exclusive for PTBN? Your exclusive pieces do really well and I figure they are fairly easy lifting?

Geez, no need to grovel and embarrass yourself. Get off my jock, man. But hey, who doesn’t love a good mailbag? And I certainly have no shortage of questions in the inbox, so let’s get to it!

LETTER #1!
Two questions.
1) Off the top of your head, what are some of the best & worst PPV buildups you’ve ever seen?
2) Can you also name some PPVs where the buildup was better than the show it was leading up to?

1. Well Bash at the Beach 96 had a fantastic build, of course, what with the whole nWo thing and all. The build for Sabu v. Taz at Barely Legal was one of the best ever, up until the show got delayed and Heyman had to stall for time for months. The Cactus v. HHH angles leading up to Royal Rumble 2000 were great.

2. I’d say Summerslam 98 was a good example, as they had a tremendous buildup to a Steve Austin v. Undertaker match that was a huge letdown. Sabu v. Taz was only an OK match when it actually happened, but lots of people love Barely Legal anyway. The Orton v. HHH build for their Wrestlemania match was another famous one where they had a red-hot feud and then the match fizzled when it happened.

Question : Based on your watching of shoot interviews and the like, who has held the most meaningless grudge for the longest? I don’t necessarily mean Montreal-esque stuff, but more booking decisions and so forth where the person in question is seemingly the only person who remembers it.

My favourite example would be Hogan STILL complaining on his DVDs about Piper’s refusal to job to him in the mid-80s. Seriously, dude, let it go.

Oh, this is an easy one: Bob Backlund has been bitching about losing the WWF title in 1983 for THIRTY YEARS and counting! He is literally the only person in the universe who thinks that keeping the belt on him instead of immediately giving it to Hulk Hogan would have been the correct move.

A serious inquiry for you: if any of the current “big three” ran a heart attack angle, would it offend you? I don’t mean turning a real tragedy into a storyline, like with what happened to Lawler. I’m talking about the fake heart attack like Ric Flair and Fritz Von rich tried to pull off back in the day. Would it be going too far in this day and age? Have we seen so much real in-ring tragedy (Owen, Droz, Bagwell, SId, etc.) that stuff like this just isn’t acceptable anymore?

I think that if even Lawler makes jokes about dying in the ring, then it can’t be classified as “going too far”. Really, if everyone knows that it’s just part of the storyline, then at worst you could call it tasteless, but no worse than a million other things that WWE has done in recent years. Certainly no worse than using Reid Flair’s death as a terrible angle for a Divas match.

The Shawn Michaels casket bump thread got me thinking of other significant wrestler injuries. What do you think are some of the most important injuries, in terms of effecting the course of a company?

A few interesting ones I thought of:

I’m sure there are way more worth including.

Magnum didn’t really change the course of the company. He was going to be a short-term champion at best, but it certainly changed the course of his own career.

My vote would be for the Von Erichs as a whole, where their deaths completely sunk the whole promotion at a point when they should have been able to expand out of Texas and become a player.

The Austin one was also HUGE, especially when he got injured during the height of the Attitude Era, leaving a big hole at the top of the card that allowed HHH to be elevated to tippy top guy for good.

You can check out more from Scott at his website, The Blog of Doom.