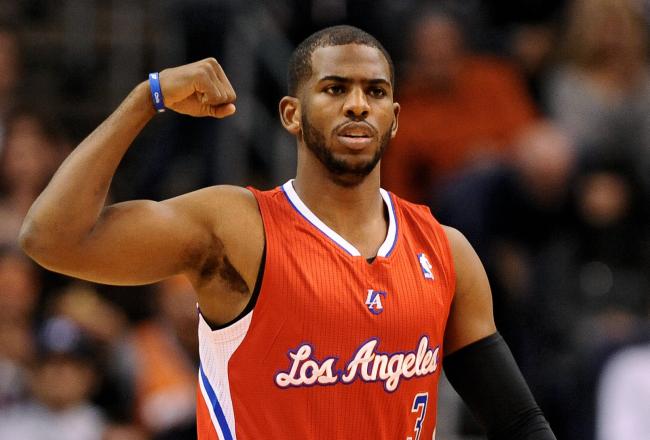 Hello and Happy New Year hoops fans! The NBA Roundup has returned. Look no further for a weekly breakdown of all the latest news from the world of professional basketball.

While there have been a number of intriguing story lines in the league this year, the one that has come to the forefront recently is injuries to star point guards.  Over the last month Chris Paul, Eric Bledsoe, and Russell Westbrook have all gone down with their teams near the top of the standings with serious injuries and will be missing significant time. Deron Williams can’t seem to put five games together without tweaking the injuries to his notoriously brittle ankles. Rajon Rondo hasn’t seen the court yet this season and Steve Nash has barely played. The Paul and Bledsoe injuries are the most recent and both have a real effect on the playoff race in the Western Conference. Let’s take an in-depth look at how losing these star players will effect the Clippers and Suns respectively.

While Paul is the most accomplished of the injured point guards, he also appears to have the most capable backup. Darren Collison is a former starter who is more than capable of guiding this Clippers attack. While he certainly represents a significant drop off from the perennial MVP candidate Paul, Collison has led the Clips to a 4-1 mark since the injury. The lone loss came at San Antonio which is a game that they would have been significant underdogs in even with CP3. With Paul expected to miss 4-6 weeks, it is very encouraging for head coach Doc Rivers to have Collison shooting a white-hot .667 from the field so far in January. While we almost certainly see significant regression to the mean in his shooting numbers (Collison is a career .465 shooter), the UCLA product is a capable floor general who will be able to keep the ship afloat in Los Angeles until CP3 returns. Given the overall strength of the Western Conference, I would not be surprised if the Clippers dropped a couple of spots in the standings in their time without Paul. I don’t foresee the full-scale meltdown that may have been expected when losing a player of CP3’s caliber, however. Paul will return in plenty of time to keep the Clippers in the hunt for the Pacific Division.

The situation in Phoenix is much more dire. Bledsoe is such a unique player that his contributions will be nearly impossible to replicate. On the surface, one could make the case that the Suns are in the best position to deal with this sort of injury as they employ a two point guard attack, pairing Bledsoe with Goran Dragic. While Dragic is a fantastic point guard in his own right, the problems start with how the Suns are replacing Bledsoe. Enigmatic gunner Gerald Green has been pushed into the starting five and poor shooting Ish Smith has been thrust into a 15-20 minutes per night role. Neither of these is a good thing. Green belongs coming off the bench as he is absolutely electric when he is hot but completely putrid when cold. There is not a lot of in between in Green’s game and he will continue shooting regardless of whether or not they are falling. Smith is nothing more than a third point guard and should not be getting major minutes on a playoff contender. Bledsoe’s combination of freakish athleticism and playmaking ability was one of the main drivers of Phoenix’s hot start this season. The Suns have been the surprise of the league thus far, but I feel as though this injury will push them back into the lottery. They simply do not have the backcourt depth to deal with losing Bledsoe and he will be out for at least six weeks.  Expect the Suns to not rush him back as I project them to have fallen precipitously in the standings in the loaded Western Conference.

It has been a very interesting season so far and we are excited to be bringing you our weekly updates here on PTBN.