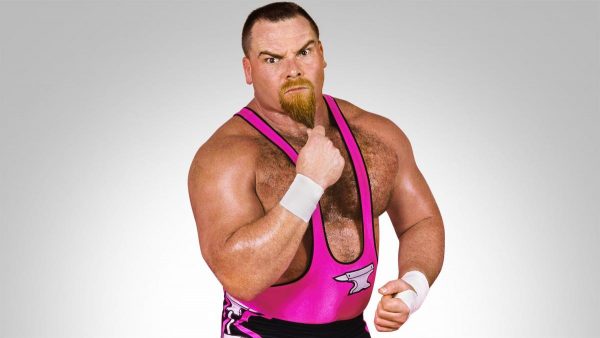 Earlier today it came to light that the wrestling business had lost another family member as it was announced that Jim “The Anvil” Neidhart, member of the famous Hart Family and father of current WWE Superstar Natalya, had passed away at home aged 63. I would like to take this moment to pay tribute to the legendary superstar.

Born February 8th, 1955 in Tampa, Florida, James Henry Neidhart was an acclaimed track-and-field athlete in high school. Indeed, he set his school’s shot-put record, which stood for over 10 years. From high school, Neidhart went straight to the National Football League where he was on the practice squad, and played pre-season games, for the Oakland Raiders and the Dallas Cowboys. It was following his release from the Cowboys that Neidhart moved to Calgary and found his calling.

Neidhart started training with Stu Hart and would debut with Stampede Wrestling in 1979, the same year in which he married Stu’s daughter Elizabeth. Neidhart would have a successful run in Calgary, winning the International Tag Team Championship twice. During this time, he would also get the nickname that he is still known by today – “The Anvil”. The nickname finds its origins from his win in an anvil toss at the annual Calgary Stampede, with a throw of over 11 feet.

In between his Stampede days and his arrival in the World Wrestling Federation, Neidhart would tour the US territories with runs in Mid-South, Memphis and Florida, winning gold along the way.

Anvil finally made it to the WWF in January 1985, debuting at Madison Square Garden under the tutelage of Mr. Fuji. The strange pairing of Fuji and Neidhart was short-lived however, as his contract was soon sold to “Mouth of the South” Jimmy Hart after his brother-in-law Bret Hart suggested to Vince McMahon that he and Anvil team up. This proved to be a fantastic suggestion to the boss as the newly coined Hart Foundation (named after their manager, not because of the team’s real-life family ties) went on to be one of the greatest teams in company history. 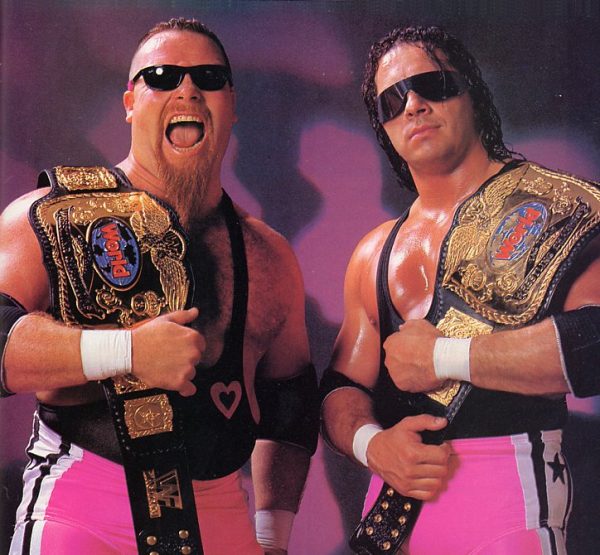 The team won their first WWF Tag Team Championship on the February 7, 1987 edition of Superstars defeating perennial rivals (and fellow Stampede alumni) The British Bulldogs. They would continue through the year as the premier team in the division before losing the titles to Strike Force in November.

Anvil took part in the WrestleMania IV battle royal, eventually won by Bad News Brown. Bret would be the last eliminated from the match which for me would set the tone of most of the rest of Neidhart’s WWF career – Anvil would continually get the raw deal with the company’s attempts to give Bret a singles run.

While the team wouldn’t officially separate, Hart and Neidhart would compete in singles matches throughout 1989, briefly coming together to have a blistering match against the Brain Busters in the opener of that year’s SummerSlam, before once again going back to singles competition. This was short lived as the Foundation would once again the tag titles in a 2/3 falls match against Demolition at SummerSlam ’90, when they held them until WrestleMania VII where they lost them to the Nasty Boys.

The team would split for good after losing the Tag Team Titles but are still revered to this day. The mix of Bret’s technical ability and Anvil’s raw power were a match made in heaven. Whilst Bret was undoubtedly the more successful of the two, Anvil was no slouch and could easily hold up his end of the bargain. 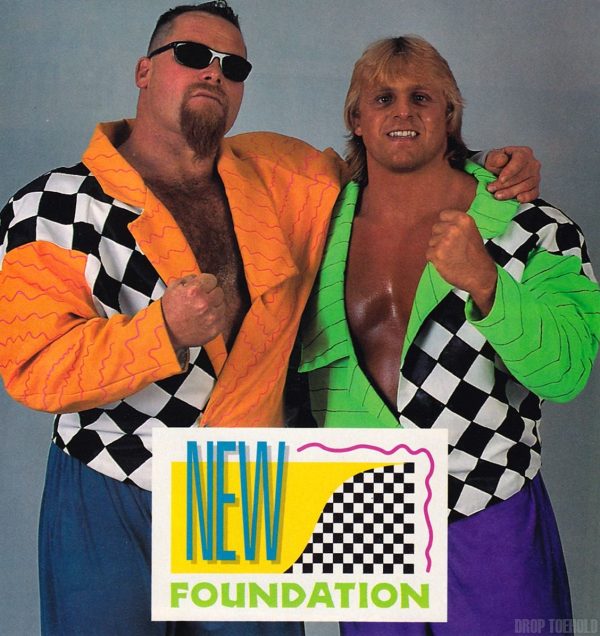 Anvil wouldn’t be without a partner (or brother-in-law) for too long, as The New Foundation would debut in late 1991 with Neidhart teaming with Bret’s younger brother Owen. The team are best remembered for their garish outfits more than high profile moments, and would break up when Neidhart was let go by the WWF in February 1992.

He would return to the WWF in mid-1994 and would be involved in the ongoing Bret vs. Owen feud, but not before he would have short stints in WCW, ECW and New Japan, where he would compete in the 1992 G1 Climax tournament. Anvil would side with Owen after his King of the Ring win and would act as his bodyguard for the rest of the year and into 1995. Bret wrote in his book that the apparent original plan for the Tag Team Title tournament in early 1995 would call for Owen and Anvil to win the titles, but these were scrapped when Neidhart would be let go.

He would make a brief return as the masked character Who in 1996, a gimmick seemingly only created so commentators Vince McMahon and Jerry Lawler could make word puns on TV broadcasts, but it was in 1997 that Anvil would be part of a storyline that is still remembered fondly today. 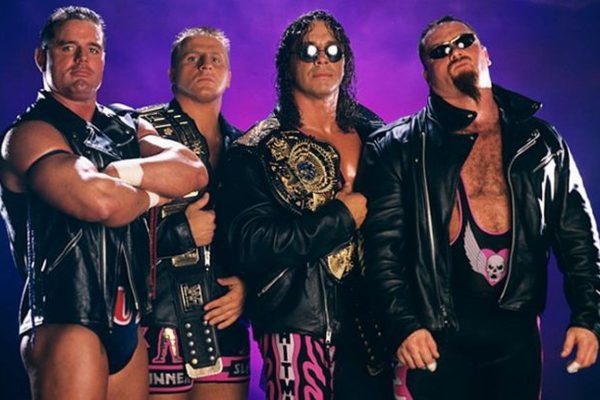 He made a shocking return to the WWF once again on April 28, attacking Stone Cold Steve Austin and reforming the Hart Foundation with Bret, Owen, British Bulldog and Brian Pillman, in their ongoing feud with Austin, Shawn Michaels and the USA as a whole. The peak of this storyline may well be the night of Canadian Stampede in Calgary where the Hart Foundation would win the main event ten man tag team encounter against Austin, Ken Shamrock, Goldust and the Legion of Doom.

There are many matches that can be recommended with Neidhart as a participant, and the WWE Network will probably add a Neidhart collection, but if you do nothing else, please load up the main event of Canadian Stampede. The passion in the arena, the reactions the Hart Foundation get when they come through the curtain (even though 60% of the team weren’t even Canadian!), and just the all-round spectacle of the match are something that I doubt will ever be replicated. This match is my personal recommendation.

The Canada vs USA feud involving the Hart Foundation could be seen as the dawning of the Attitude Era, and everyone involved was at the peak of their powers. Then Montreal happened. We all know what went down that night, so I won’t go into it all here, however it spelled the end of the WWF career of Jim Neidhart as he left a few weeks after the event. He would go on to have a short run in WCW, tagging with brother-in-law Davey Boy Smith. The run would be cut short by a devastating back injury suffered by Davey Boy in the fall of 1998. From there Neidhart would enter semi-retirement, with only a presence in the RAW XV legends battle royal and a match in TNA against Jay Lethal in 2009 being his only appearances on the major stage since leaving WCW. 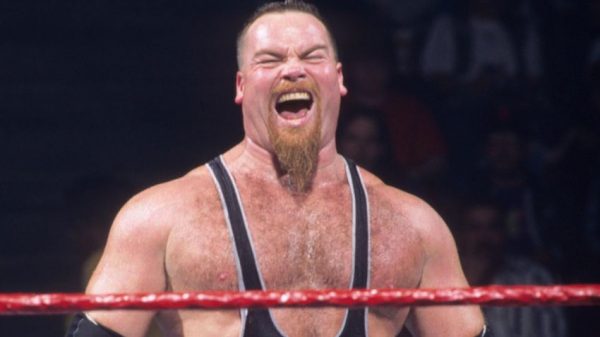 Jim Neidhart will be remembered by the wrestling world as the imposing figure of the Hart Foundation, known for his trademark beard and extremely distinctive laugh. As mentioned, he was part of one of the greatest tag teams in WWF/E history and his contribution to that team can’t be understated.

It is times like these where we should be even more grateful for the WWE Network, as it allows a new audience to see performers like Jim Neidhart do what they do best to the highest standard. Because of this medium, Jim Neidhart’s contributions to the wrestling world will deservedly never be forgotten.

I’d like to finish off this tribute with a few comments from the Nation, and please leave your own personal thoughts in the comments section below, or on the PTBN Facebook page.

Greg Phillips – “Anvil was exactly what he needed to be in the Foundation. He was agile, powerful, explosive. The perfect compliment to Bret, who could handle the bulk of the bumping, selling and flow of the match. I love their match with the Brainbusters so much, partly because when Anvil does the slingshot shoulder block, it blew me away. There’s something to be said for a tag team where partners fill different roles. I always liked how the Hart Foundation had that mix of power and speed, and Anvil also brought a ton of charisma to the team to counter Bret’s stoicism.””

Andy Atherton – “RIP Anvil. One of the best laughs in the history of wrestling. He wasn’t the greatest in the ring, but he did a lot of little things that made a difference. He was exactly what the power half of a team should be”

Shawn Kidd – “A couple of stand outs for me. Both Hart title wins over Bulldogs and Demolition. Like Greg said their match with Tully and Arn may have been my first dream match as both teams were my absolute favourites. And who can forget his role in the Savage face turn as he and Bret held him for the Honky guitar shot”

Michael DeDamos – “The energy he put into promos for the Hart Foundation helped the team as much as anything. Can you imagine if Bret had been teamed with someone of similar mic skills and charisma at the time? And the promo style fit so well at the time. Shouting, lots of energy, not a whole lot you could understand. Hogan, Warrior, Boss Man and many others had that similar promo style going on at the time and Anvil was as good at it as anyone.”

JT Rozzero – “The Beyond the Mat scene with him prepping for the promo is the best. Also, I loved his return in 1997, when he shows up and helps Bret attack Austin out of nowhere was really cool and kind of became a glue moment of the Hart Foundation. Finally, it’s is overlooked just how much of a focal point he was in the Bret vs. Owen feud in 1994. They really pushed that Anvil cause the break and was the voice in Owen’s ear the entire time.”