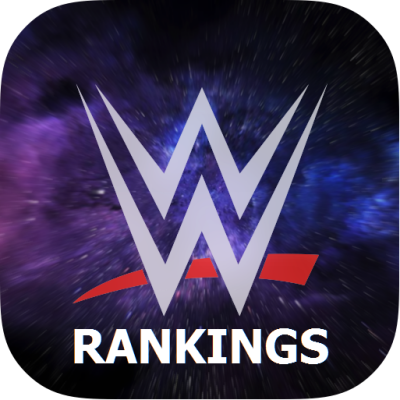 Back in the 80’s and 90’s one of my favourite things as a wrestling fan was getting the Pro Wrestling Illustrated magazine. The first thing I would do upon receiving the magazine would be to flip to the back page and look at the ratings Where were my favourites this issue, and how did everybody stack up to each other?

This new monthly article is my version of that. Each month I will compile the records of everyone appearing for the WWE and make top ten lists for tag teams, women, and men. The results are gathered from Raw, SmackDown, Superstars, Main Event, NXT, the Cruiserweight Classic, and any special events shown on the WWE Network. Those records start the basis for the lists, but quality of opponent, performance in mutli-person, and titles won will also play into the determination of a wrestler’s rank. With that out of the way, let’s get to the WWE Rankings for July 2016.

Although Swagger and Henry only had one tag team encounter in July, it was a win over Breezango. That was not their only time tagging though, as they were on the winning side of the huge elimination tag match on the July 4th Raw. Those two victories sneak them onto this list.

When you think of tag teams inside of The Club you naturally think of Luke Gallows and Karl Anderson, however the AJ Styles and Anderson had the better month of July with their victory of Enzo Amore & Big Cass on the July 14th SmackDown. Although they lost teaming with Gallows to John Cena, Enzo & Cass at Battleground, they were on the winning side teaming with The Wyatts over that before mentioned trio and The New Day. Those two victories were big time wins that get The Club represented in July.

Paul Ellering is known for managing monster tag teams and he looks to have another with The Authors of Pain. An impressive victory over American Alpha gets this rookie team onto the July rankings.

At one point The Usos were the top tag team in the WWE, but they lost a few steps since then. A loss to Breezango in July keeps them out of the top half of the list, however strong victories over The Ascension and The Dudley Boyz at least get them a placing.

One of the most active tag teams in July, Breezango started off rough with early loses to Golden Truth and The Shining Stars. They finished July with a 2-3 record, including an impressive win over The Usos at Battleground. Coming out of the draft they look to be the top heel tag team on SmackDown, which could propel them up the rankings for August.

The Shining Stars looked really good in July with two victories and their only loss coming at the hands of a top tag team, Enzo and Big Cass. This teams looks to shoot up the rankings in August.

The NXT Tag Team Champions’ one match in July, was a 2/3 Falls win over American Alpha. Beating a team like that in such a high profile contest gives them a good ranking for July.

No actually tag matches this month for the longest reigning WWE World Tag Team Champions in history. They did compete twice in July, losing a six-man tag to The Wyatt Family at Battleground and a multi-men loss as well. Still, they are the champions and have been unbeatable in that setting in the past.

Golden Truth were all over TV in Jully. On top of their 4 tag team wins, they have 2 multi-men tag wins as well. They don’t have the quality of opponents that Enzo Amore & Big Cass have, but they just kept winning.

Enzo & Cass have been extremely successful since joining the WWE proper. Going 4-1 is damn impressive, especially when you add them teaming with John Cena to defeat The Club at Battleground. In a month where the WWE World Tag Team Champions did not wrestler a tag team match, Enzo & Cass gain the number one ranking.

Although Dana Brooke didn’t win a singles match, she did tag with Charlotte to win a handi-cap match over Sasha Banks. Her two loses were both to Sasha, as well. That is stiff competition.

With one victory and her two loses both coming at the hands of Becky Lynch, Summer Rae sneaks onto the rankings for July.

A disastrous July for Charlotte, the former WWE Women’s Champion. Her only win came in a handicap match, while she had two tag team loses to go along with her losing the title to Sasha Banks at the July 25th Raw.

A big win for Billie Kay on the July 27th NXT beating Santana Garrett. With some NXT women being drafted, expect Billie Kay to move up this list next month.

Although her most high profile match in July was a loss to Bayley on the July 20th NXT, she did get drafted to Raw and have a nice squash win in her debut.

No matches in July really hurt her, but she is the NXT Women’s Champion and has been dominate in the past.

Natalya traded wins with Becky Lynch, which pushes her to the top half of the rankings.

A very interesting month for Bayley. She has big wins over Nia Jax and Alexa Bliss on NXT, is named #1 contender for the NXT Women’s Title, doesn’t get drafted, and then makes her WWE proper debut teaming with Sasha Banks to defeat Charlotte & Dana Brooke at Battleground. She is set for a huge rematch with Asuka in August, which will go a long way to determine her rankings in August.

The number one women picked by the SmackDown brand had a great July with a 4-1 record. Her only lose came to Natalya, which she revenged two days later. On top of that singles record, she did team with Sasha Banks to defeat Charlote & Dana Brooke on the July 18th Raw.

Sasha Banks’ July was all geared towards winning the WWE Women’s Title from Charlotte, which she accomplished on the July 25th Raw. Add two wins over Charlotte’s enforcer Dana Brooke and two tag team wins.Sasha Banks is the standard bearer of women’s wrestling in the WWE in July.

Bob Backlund really has made Darren Young great again. He won a huge battle royal to gain an Intercontinental Title match where he fought the champion The Miz to a double DQ. Add in a win over Alberto del Rio and Young has made the rankings for July.

Only one match for the NXT Champion as he beat Rhyno in a big win. He is scheduled to face Shinsuke Nakamura at NXT Take Over: Brooklyn, which will go a long way to determine his rankings in August.

Some scoffed at Baron Corbin being picked in the draft so early, but he has been very impressive in July. Going 3-0 is a feat that only one other accomplished this month.

The United States Champion is almost back to the prime form he was in during his previous title reign. Dominate wins over Titus, Apollo, and Ryder showed his edge has returned. He did lose to Dolph Ziggler and in a few tag matches as well, but did pick up a tag win to round out July.

Although Dolph Ziggler’s win in a 6-way match on the July 26th SmackDown may seem like a surprise, Dolph’s rest of July set him up for that victory. He defeated United States Champion Rusev and his only singles loss came to Seth Rollins.In August he will get a shot at the WWE World Heavyweight Champion at SummerSlam, which could propel him up these rankings.

Winning a four-way contest over Cesaro, Kevin Owens, and Rusev and defeating Roman Reigns in a singles match all on the July 25th Raw propels Balor onto the upper half of this list. His only other match was a loss to Shinsuke Nakamura, which he was very competitive. In August, Finn looks to become the first WWE Universal Champion.

Finn’s competition in becoming the Universal Champion is Seth Rollins, who had three failed attempts to win the WWE World Heavyweight Title in July. Although he came up short, one match was a three-way and the other was a draw. Big wins over Ziggler and Jey Uso keeps Rollins strong for July and show why he was picked so high in the WWE Draft.

Nakamura has been great since entering the WWE with wins in every match he was put in. This month he got perhaps his largest victory over Finn Balor. He continued his month by defeating Blake and being named the #1 contender for the NXT Title.

A huge win over Kevin Owens at Battleground propels Zayn into the number two spot on these rankings. Although he was undefeated in singles matches, he was unsuccessful in winning the four-way match on the July 25th Raw. A tag loss and that huge elimination tag loss were also negatives in July, but being undefeated in single matches was a big deal that only one other accomplished in July.

A tremendous month for the WWE World Heavyweight Champion. That 3-0-1 record does not include the win over Roman Reigns & Seth Rollins in a three-way at Battleground. In one month Ambrose defeated some of the biggest starsin Kevin Owens, The Miz, Seth Rollins, and Roman Reigns. The new face of SmackDown, Ambrose is in a good position to stay ranked #1 for many months going forward.