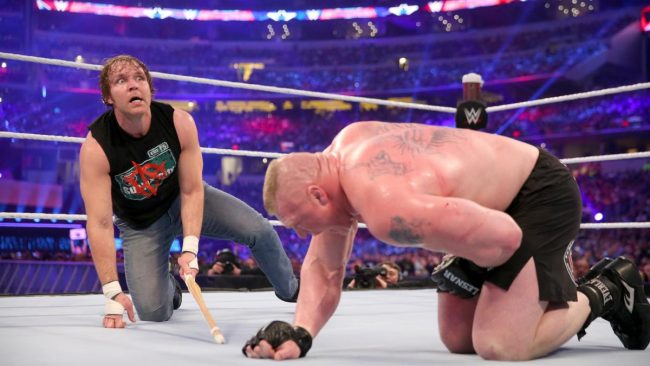 By the time WrestleMania 32 rolled around, the bloom was off the Brock Lesnar rose and the amazing rub from beating the Undertaker two years earlier was all but gone. Facing off against Dean Ambrose in a no holds barred street fight, though, had people excited that the Lunatic Fringe and the Beast Incarnate could tear the place down. Unfortunately, a five-star brawl wasn’t in the cards here. The match came down to what it normally comes down to: a German suplex, an F5 and a match that really should have been a lot more fun. 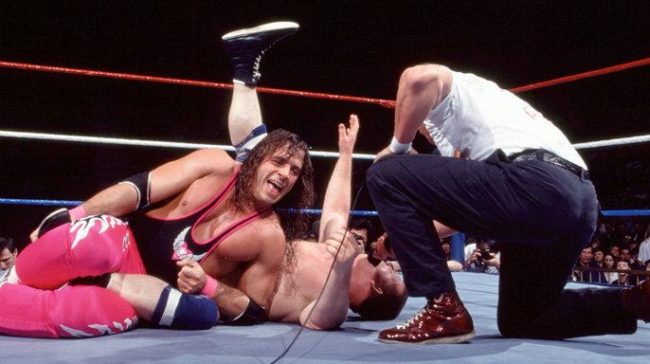 While Bret Hart and Bob Backlund’s Survivor Series 1994 tilt ended with a lengthy chicken wing spot, the match leading up to that was fun. The rematch at WrestleMania XI, which included special referee “Rowdy” Roddy Piper, was a bit of a mess. With Piper asking each man if they gave up throughout the match, Backlund’s weird grunting and a seemingly unmotivated Hitman (though I doubt anyone blames him for that), a potential classic was turned into a WrestleMania moment everyone would like to forget. 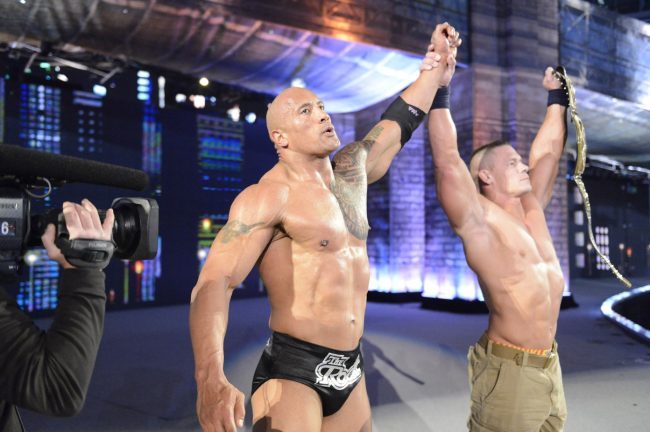 It was a rematch that was one year in the making. The Rock, having beat John Cena at the previous WrestleMania, came back at the Royal Rumble and beat CM Punk for the WWE Title, while Cena won the Rumble to set up the rematch for a bout that was supposedly “Once in a Lifetime.” The result was all but guaranteed, though. Champion Rock wasn’t sticking around past WrestleMania and Cena needed to get his win back. Losing the element of surprise really hurt the match and it never managed to live up to the quality of the original contest. 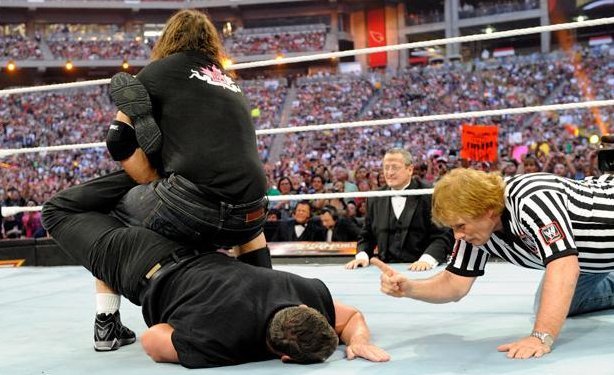 Speaking of matches with a long build, the real-life Bret Hart/Vince McMahon feud that started in 1997 was finally paid off at WrestleMania XXVI in 2010. There was a lot of gaga all around the match, with the inclusion of the Hart family all around the ring helping the Hitman beat up the boss in a no-DQ match. But there’s no amount of gaga that can save a match where one of the competitors has had a stroke and couldn’t take a bump. The one-sided beatdown of Vince went on way too long and never felt as cathartic as it should have for Hart fans. 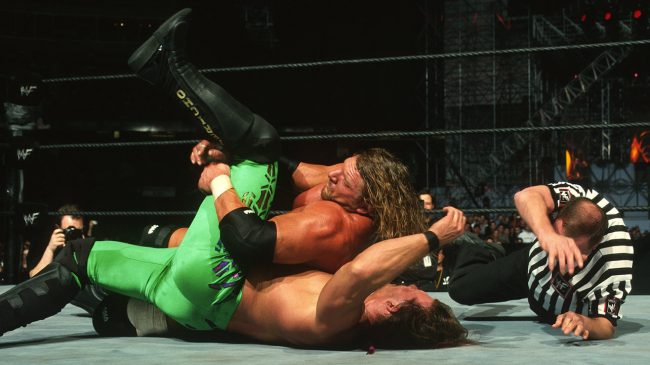 Following a match with the kind of crowd heat that The Rock vs. Hulk Hogan had was going to be difficult for anyone, but a feud between Triple H and Stephanie McMahon – being represented by Chris Jericho – was never going to garner much love. Despite being the first undisputed Unified WWF champion, having beaten the Rock and Steve Austin in the same night, Jericho was never presented as on Triple H’s level, and again, the formality of The Game winning the title back really hurt. 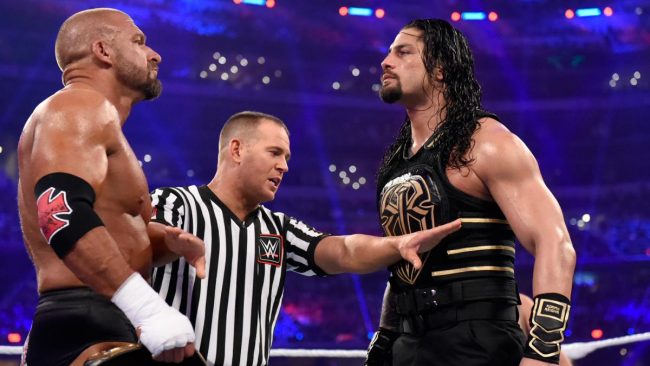 Main eventing the longest WrestleMania card ever, last year’s WWE Title match between champion Triple H and challenger Roman Reigns was supposed to be the coronation for the Big Dog, and it had all the makings of Triple H attempting another epic. But the crowd was tired, and more importantly, no one really cared about the storyline between the two men. It may go down in history as the least-rewatched WrestleMania main event ever. 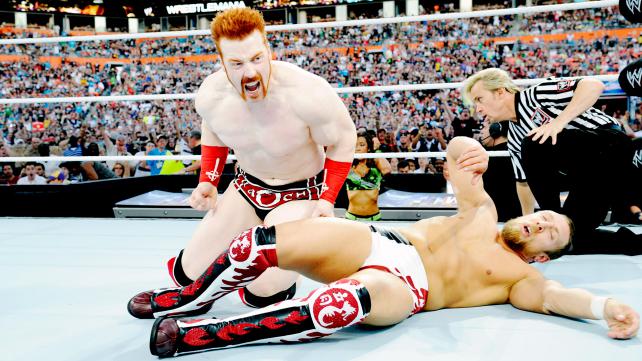 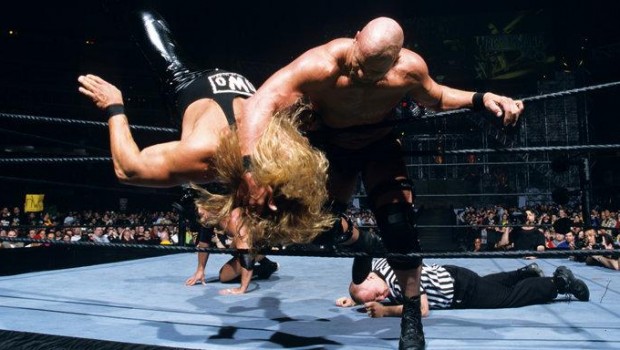 The nWo was brought in to burn the WWF to the ground, and there was a lot of excitement around the potential matchups that could be created. While the Rock facing Hulk Hogan was a pretty big one, Steve Austin facing off against Scott Hall wasn’t really high on people’s MUST SEE list. And it felt like neither Austin nor Hall wanted to be there, either, and it showed in the match. 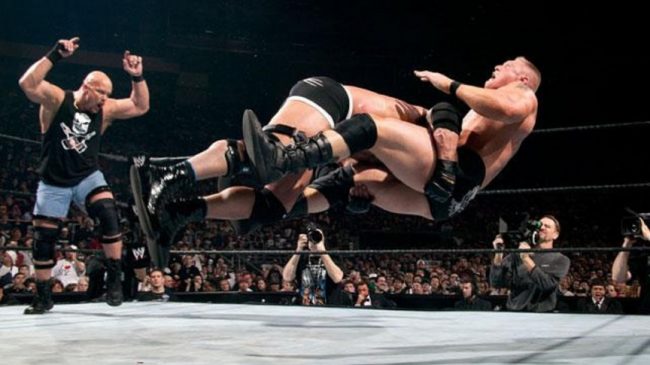 It could have been worse, the match could have been given under two minutes. Actually, maybe that would have been better. Both Goldberg and Brock Lesnar were getting ready to leave WWE after WrestleMania. The Madison Square Garden crowd knew it, too, and voiced their displeasure with both men. It had a lot of potential, but there were too many problems to overcome, and the only guy who managed to get over was special referee Steve Austin. 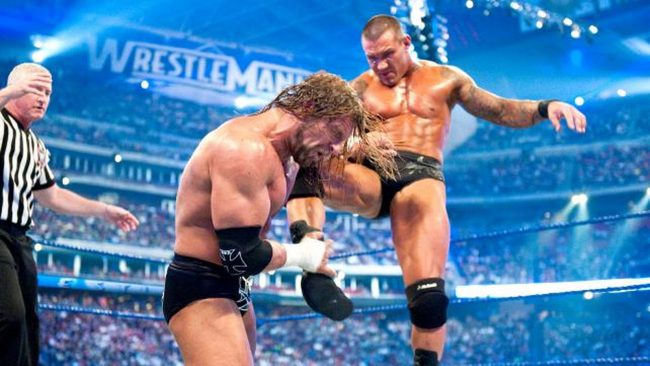 These two men had a blood feud going leading into this match. Randy Orton had terrorized Triple H and his in-laws, the McMahon family, for months. So, the best possible match to put these two in at WrestleMania 25 was one where Triple H could lose the title by disqualification. Even worse, they didn’t bother to pull the trigger on the stipulation. This could have been an epic brawl between two sworn enemies. Instead, we got a one-on-one match that you’d just as likely get on an episode of Monday Night Raw.