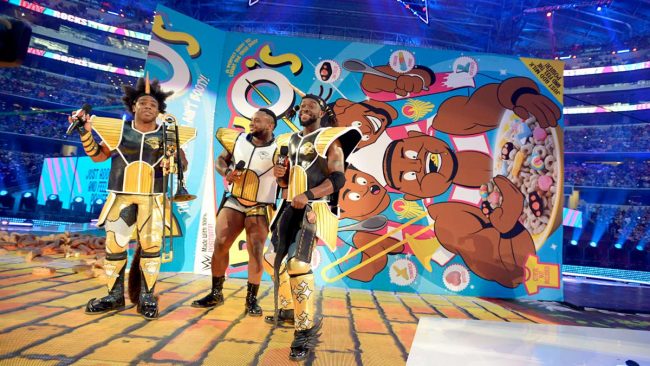 Always known for their creativity and outside the box thinking, hopes were high for New Day’s first WrestleMania entrance in 2016. Would they ride a unicorn from the ceiling? Unlikely, but that doesn’t mean they didn’t deliver a memorable moment. After having created their own cereal line dubbed Booty-Os, Kofi Kingston, Big E and Xavier Woods arrived in AT&T Stadium via the tipping over of a massive box of the beloved breakfast food. 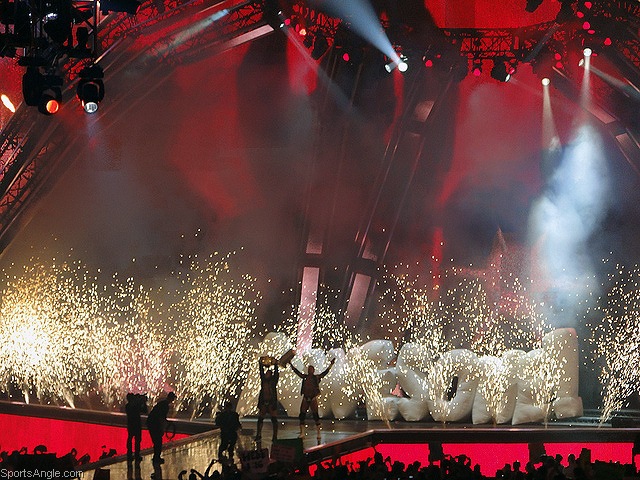 One of the most unlikely WrestleMania main eventers of all time, The Miz made the most of his golden opportunity in 2011. Prior to emerging, we were treated to a fantastic video package of his career set to Nas’ “Hate Me Now” and then once he did emerge, he was flanked by giant balloons spelling out his catchphrase: “AWESOME”. While many didn’t feel he was a star prior to that, he sure did his damnedest to convince viewers he was one on that night in Atlanta. 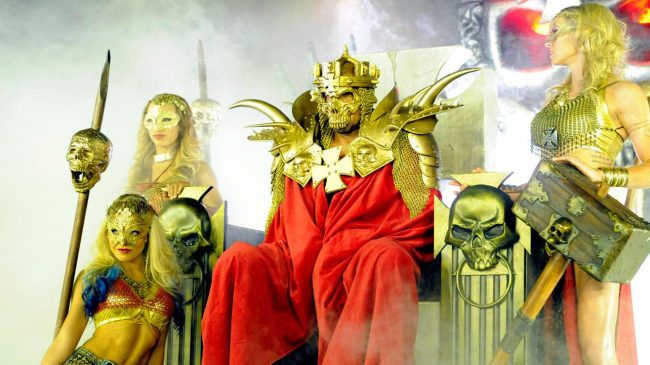 Always known for his epic WrestleMania entrances, Triple H was in an interesting spot in 2014: opening the show against Daniel Bryan, who was guaranteed to tear the house down for his arrival. As usual, The King of Kings went big: cosplaying as Conan the Barbarian and accompanied by beautiful women for a memorable arrival that set the tone for a boisterous evening.

Triple H checked in with seven total entries on this list but none received more votes than his arrival at WrestleMania 31 for his match with the legendary Sting. The Game paid tribute to classic movie Terminator, decked out with a robotic shoulderpad and helmet combo and flanked by droids. With the metallic glare set against the fading sunlight of the Silicon Valley, it rightfully belongs at the upper echelon of Mania entrances.

Sometimes you don’t need much. Steve Austin was all about the basics: no frills, no gimmicks, just an ice cold wrecking machine that marched to the ring to one of the most iconic themes of all time. A theme that opened with the sound of glass breaking. And in 1997, at the start of the biggest match of his career, Austin stomped right through the remains of a shattered plate glass window. It was the first of many statements he made that night. 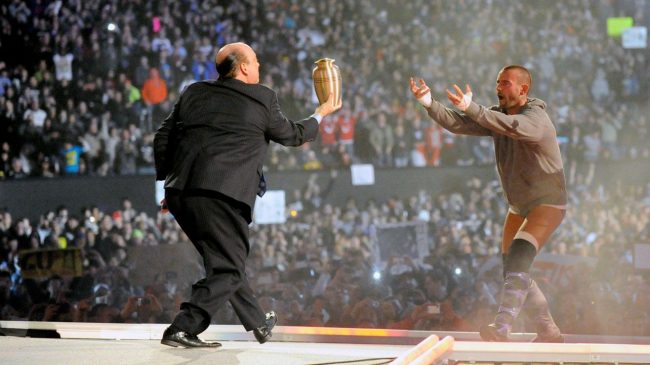 After CM Punk’s infamous “Pipe Bomb” promo that reawakened his WWE career, he immediately brought back the theme song synonymous with the “Summer of Punk”: Cult of Personality. In 2013, Punk was a heel, aligned with Paul Heyman and set to make history as he attempted to end the legendary Streak. To set the stage for the huge match, he was treated to a megastar entrance as the band Living Colour played him live to the ring. It was impromptu mini concert that had MetLife Stadium rocking and buzzing for the entire match. 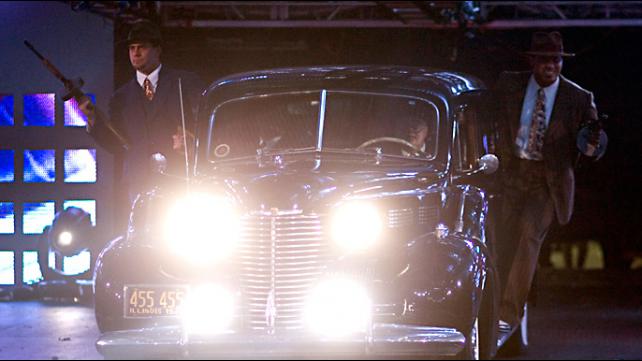 After winning the WWE Title in 2005, John Cena spent the rest of the year establishing himself as one of WWE’s top stars. That wave took him right into Chicago for a date against the resident glass ceiling gatekeeper, Triple H. It would be a strong opportunity to both deliver a classic match and pick up a big time win and Cena set the tone with a memorable entrance that played off Chicago’s history with the mob. It was all part of the establishment of Cena as the man. 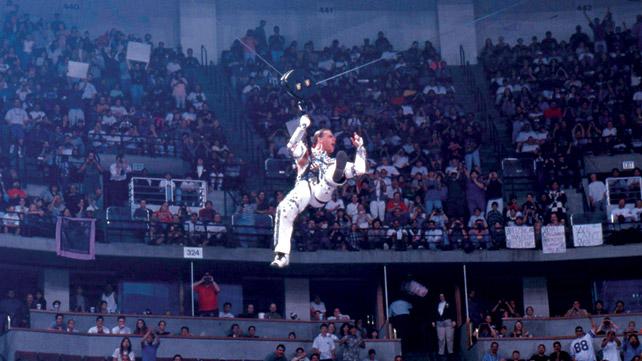 WrestleMania XII was officially the crowning of Shawn Michaels as the WWF’s top superstar and that meant that he got to up the ante when it came to a memorable entrance. A big part of the build to his Championship bout with Bret Hart was focused around the athleticism and flash of Michaels pitted against the stoicism and hardened persona of the Hitman. So, in one of the most memorable and replayed moments in WrestleMania history, Michaels glided down to the ring on a zip line from high atop the arena. It was the perfect stylistic choice on a night when the boyhood dream officially came true. 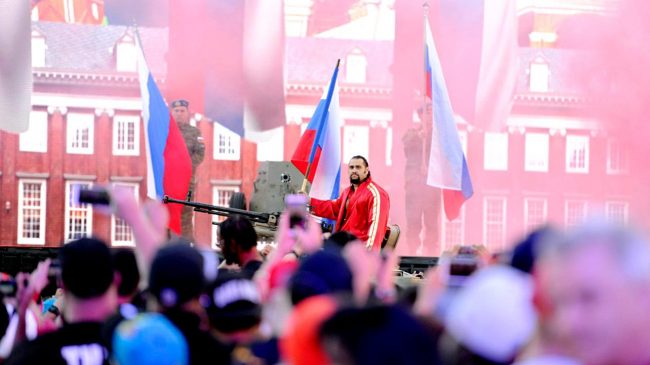 There may be no other ring entrance in wrestling history that fit a character and moment as perfectly as Rusev driving a tank to the ring at WrestleMania 31. It was an epic moment and meshed beautifully with his thumping theme music. This was an easy choice for a top two entrance of all time. 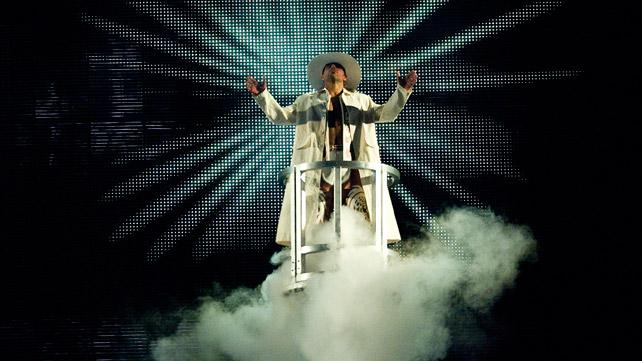 The highly anticipated WrestleMania battled between longtime veterans Shawn Michaels and Undertaker seemed to have very natural roots as a battle between light and darkness. Michaels, the boisterous Born Again, decided to play mind games right out of the gate against the Deadman. Playing off the established theme, Michaels, dressed fully in white to combat Undertaker’s black gear, descended from the heavens like an angelic warrior set to battle a demon from the depths of hell. And with that, it is fitting that the man dubbed Mr. WrestleMania takes home the top slot for one of his many classic Mania moments.