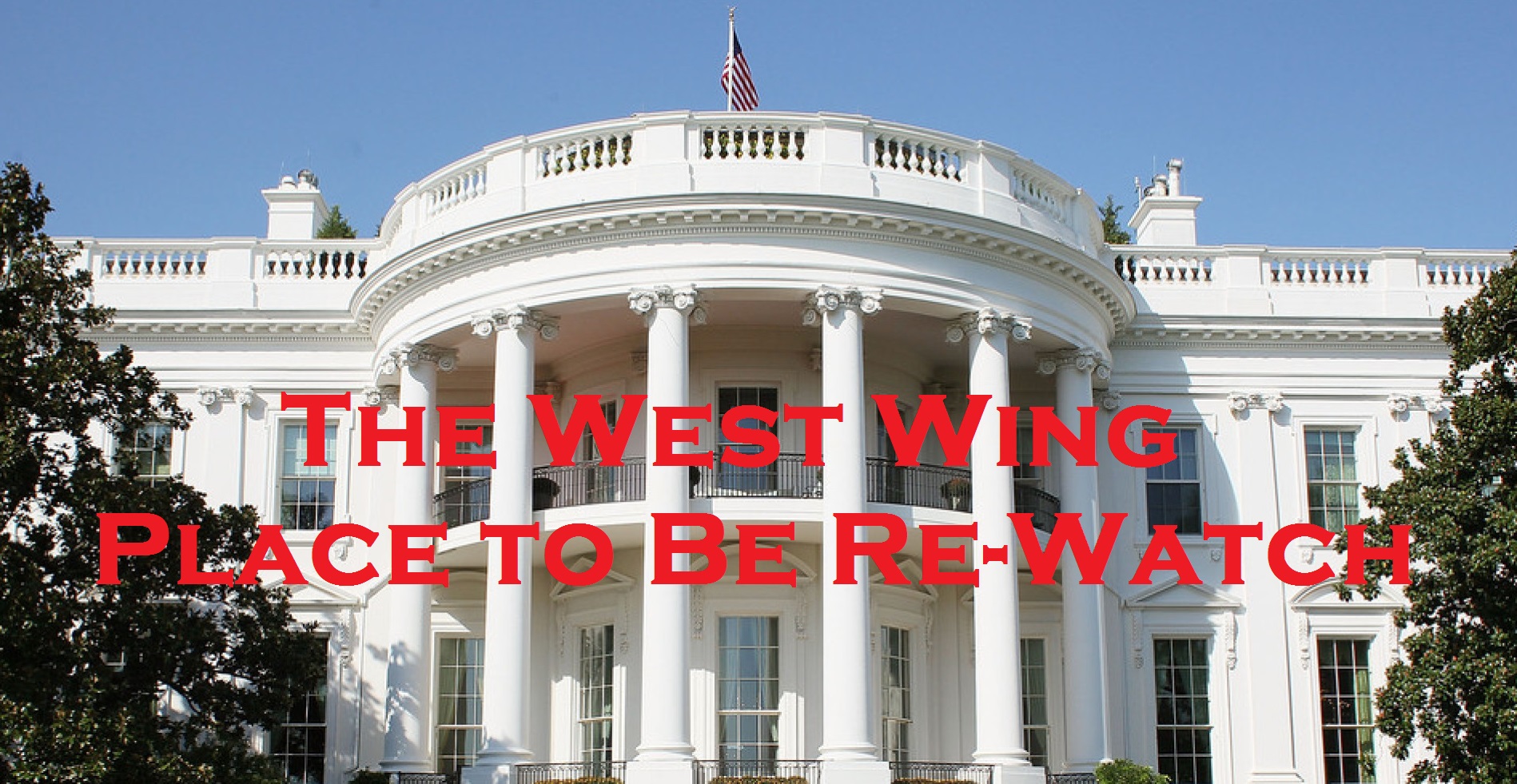 THE ADMINISTRATION AT THE START OF SEASON FIVE

The Bartlet administration’s approval ratings sink to unimagined lows in the wake of President Bartlet temporarily handing over power to the Republican Speaker of the House. The new speaker and his fellow Republicans are riding a wave of public approval to push around Bartlet and his weakened staff. The First Lady blames Leo and the President for Zoey’s kidnapping, CJ is disenfranchised by the administration’s weakness, and Leo is left to manage a staff who is fraying and fumbling.

Where do we begin? Zoey Bartlett is rescued and President Bartlet returns to power. His brief abdication causes his approval to plummet as America no longer sees him as a strong leader and the Republicans vault to the forefront of national politics as they are seen as the party that saved America from the national crisis. Their new standardbearer is Speaker of the House Jeff Haffley. Haffley pushes his agenda on the Administration who is too weak to fight back. They are forced to nominate a weak Congressman for Vice President (Gary Cole as “Bingo” Bob Russell) because the Republicans know he can’t win a Presidential election, they are forced to cut all of their major election initiatives from the budget (including Josh and Toby’s college tuition plan from season four,) and a conservative Democratic senator switches parties to Republican, seeing the way national opinion was moving after a clash with Josh, tipping the balance of power in Congress. All of these developments lead to changes in the staff. Toby is forced to focus on simple themes and issues to try and turn public opinion, much to the consternation of Will who jumps at the opportunity to shape the next administration by taking a job as Vice President Russell’s chief-of-staff and White House liason, and Josh is demoted from his role in legislative affairs. This all leads to a showdown between the Bartlet administration and the Congressional Republicans when the government is briefly shutdown amidst budget negotiations. Bartlet takes a stand with Haffley and eventually reaches an equitable deal that puts both parties back on equal footing in public opinion.

American foreign policy is also impacted by Zoey’s kidnapping. The United States must admit complicity in the Shariff assassination from season three and in retaliation a Congressional delegation to Palestine is attacked resulting in the death of two Congressmen and former Chairman of the Joint Chiefs of Staff, the beloved Percy Fitzwallace, as well as critically wounding Donna, who had been sent by Josh to “keep an eye on things” and manage the presspool. Toby’s ex-wife Andy is also on the delegation but is not injured. The American public demands military action against the Palestinians but Bartlet, gunshy after his last foray into Middle Eastern warfare almost led to his daughter’s death and spurred on by a new Deputy National Security Advisor (Mary McCormack as Kate Harper) with a mind for peace, looks to bring both parties to the table for peace talks.

The show is always at its best when there is a high stakes crisis being dealt with so the opening two episodes covering the Zoey’s kidnapping and the fallout of the President relinquishing power (7A WF 83429 and The Dogs of War) are both good enough at being “event crisis” episodes. Likewise, the season’s final two episodes (Gaza and Memorial Day) do a decent job of dealing with a White House in panic mode when an American delegation to the Gaza Strip is bombed, critically wounding Donna.

Generally regarded as the season’s best episode, The Supremes follows the White House’s appointment of a new Supreme Court justice in the wake of a judge’s untimely death. The episode is good but has acheived almost legendary status because it is literally the only episode of the season that approaches the quality of a Sorkin episode. That having been said, it is almost as good as the really mediocre episodes in season four that Sorkin didn’t actually write, not the actual good Sorkin episodes.

Nothing else in season five even approaches the kind of “good” that was seen in earlier seasons. That having been said, taken on their own merit, there are a few other passable episodes, as long as you grade them on a sliding scale. Notably Separation of Powers (featuring the one time only return of Matthew Perry’s Joe Quincy) which ends with a cliffhanger into Shutdown, and Abu El Banat, a Christmas episode penned by Debora Cahn (who also wrote the acclaimed The Supremes.) Lastly notable for what must be among the most bizarre crossovers in television history is Eppur Si Muove, an episode which features cameos from Big Bird, Elmo, and numerous other Sesame Street Muppets. No, seriously.

Well let’s be honest here, all of them. I’ll go into enough detail later on why the season was so bad (and honestly it has more to do with the overall story arcs and character progression than it does with actual bad episodes) but for now I will point out the particularly glaring pieces of crap.

Disaster Relief sees Bartlet visit victims of a deadly midwestern tornado only to end up moving into a Red Cross shelter for a few days all while CJ and Leo bicker about getting him back to Washington. Worse yet the episode comes in the middle of a storyline where Josh is demoted after a legislative snafu and takes out his frustrations by yelling threats at the Capital building. It’s hideous.

Then there’s the completely preposterous A Slow News Day during which Toby clandestinely lobbies Congress to “save” Social Security. And the mockumentary-style Access, which manages to both contradict established show continuity and is contradicted by a development at the start of season six. Other episodes also suck and/or are pointless like The Stormy Present and An Khe.

After the departure of creator/writer Aaron Sorkin, John Wells of ER (who had always been a cursorary executive producer for the show) took over showrunning duties for season five and pushed a slightly different vision for the show. Seemingly seeking to address some fan critiques of the show, Wells and crew introduced some new elements that only succeeded in fundamentally changing some characters and alienating a fanbase that had fallen in love with Sorkin’s universe. For one thing, a critique of the show was that “in real life” the White House staff was not all best friends and the political dynamic much more cutthroat. So in season five Leo went from being the avuncular team leader to yelling and barking orders at his subordinates, friendships broke down (mainly Toby and Will, but later even Leo and the President), Josh was demoted, the First Lady briefly moved out of the White House, and Will quit to work for the Vice President. All this managed to do was make the show less enjoyable by destroying the ensemble heart that was at the center of the show.

The show also eschewed some great characters only to introduce new ones who, while potentially interesting, ultimately go nowhere (I’m looking at you Ryan the intern and Marina the Monica Lewinsky stand-in!) Other fan critiques are addressed in pointless ways. The never-before-seen Bartlett predecessors in the Oval Office are addressed when we meet former president D. Wire Neumann at former President Owen Lassiter’s funeral where Bartlet is chastised by Lassiter’s Nancy Reagan stand-in of a wife. More and more “real life” threats are addressed like when a deadly toxin may or may not have made it to Charlie’s desk causing a White House lockdown and when Israel develops nuclear weapons. Other scandalous revelations are made for absolutely no purpose like when it is revealed that CJ once had an affair with former Vice President John Hoynes.

Nobody on the show behaves like they did when Sorkin was writing. Crises happen from episode to episode with little effect on the next. Everything is a little “off” and disjointed. A great show becomes mediocre and it would certainly struggle to rebound. There are good episodes left to happen in seasons six and seven, which both look excellent by comparison to the horrid season five. But beyond any and all critiques of the show’s stories and style, the thing most jarring and disappointing about season five is how a great show could become so pedestrian so fast. Why did Aaron Sorkin have to leave?