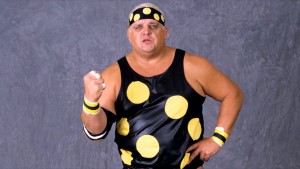 Yesterday, the wrestling world lost a very special person. Dusty Rhodes wasn’t just a common man, he was THE man. The word, “icon” is used often to describe various individuals in the industry, but no one fits that term better than the American Dream.

Instead of the usual Friday playlist of music, I wanted to pay tribute to a legend.  A man of charisma. A husband.  A father.  A man than gave so much to the business. The son of a plumber from Austin, Texas, the American Dream Dusty Rhodes.