There are not many years in wrestling that I thoroughly enjoyed and revered out of the WWF (and WCW, for that matter) than the year 1992. While there was a sense of resistance to change at first for the fans and elder statesmen of the WWF, it became clearer in the later months that it was time to turn the page and prepare for a world without Hulkamania, Stylin’ and Profilin’, Macho Madness, or… whatever the Ultimate Warrior was rambling about. With a federal steroid investigation on his back and the sudden exit of Hulk Hogan from the weekly spotlight, Vince McMahon found a way to juggle familiar faces and ideas with fresher ones and put out four terrific pay-per-views. While he was absent from the Royal Rumble show, many would argue that the most memorable performer of the other three major events was Bret “Hitman” Hart. If that is the case, then you won’t get any argument from me.
Bret Hart had already won over many fans as a singles wrestler in the previous year when he won the Intercontinental Championship from Mr. Perfect in a wonderful match at SummerSlam in Madison Square Garden. Come to think of it, I have trouble remembering any Bret Hart match from ’91 to ’92 that I could even call bad (Yes, I am even counting you, Skinner). While his future adversary Shawn Michaels was trying to make his own name after the Rockers broke up, Bret had already established himself in the eyes of casual fans as the “Excellence of Execution,” a wrestling technician so precise and focused that he could figure out any opponent put in front of him. No match speaks to the beautiful wrestling mind of Bret Hart like his Intercontinental title match at WrestleMania VIII against the master of mind games, Rowdy Roddy Piper. It was a roller coaster of emotions, wrestling science, and respect.
It was impossible to watch a Bret Hart match in 1992 and not have deep, unbridled respect for his wrestling mastery, from his fans to even his peers. Sure, Bret lost the Intercontinental belt to the British Bulldog at SummerSlam in front of 80,0000 Englishmen at Wembley Stadium, but there was no question in my mind that the show stealer and rising comet was the not the man with the Union Jack, but the Pink and Black Attack. Even Vince himself jumped on the Bret bandwagon as he gave Hart the opportunity to win the WWF Championship from Ric Flair in October, thrusting him into the main event spot from which he truly never left afterwards. Some find it to be an overstated cliche when he would call himself “the best there is, the best there was, and the best that there ever will be.” Call it what you will, but in 1992, Bret Hart really was the best.
NOTABLE MATCHES
Bret Hart vs. Undertaker –  New York, NY 1/31/92
Bret Hart vs. Rowdy Roddy Piper – WrestleMania VIII
Bret Hart & Randy Savage vs. Ric Flair & Shawn Michaels – Worcester, MA 7/20/1992
Bret Hart vs. Shawn Michaels – Portland, ME 7/21/1992
Bret Hart vs. the British Bulldog – SummerSlam 1992
Bret Hart vs. Ric Flair – Saskatoon, Saskatchewan 10/12/92
Bret Hart vs. Shawn Michaels – Survivor Series 1992 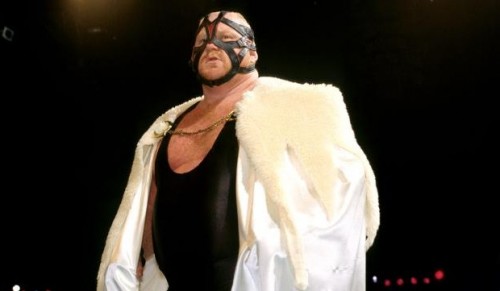 1993 is an interesting year in North American wrestling. The WWF was undergoing a major shakeup as they finally shifted away from Hulk Hogan and changed their overall direction. Despite a strong run from Bret Hart, he wasn’t the focus of the product for a majority of the year and there was no true contender to prop up out of Stamford. Down south, however, there was one man that was dominating the landscape with a stranglehold on the WCW World Title: Big Van Vader. 1993 opened with the big man regaining his gold from Ron Simmons and he wouldn’t drop it until late December, when he lost to Ric Flair at Starrcade. In between, he put on fantastic matches with a wide swath of opponents, bot highly skilled and…well, not. Perhaps his most surprising stretch of quality matches came during his feud with the British Bulldog. They had a great smashmouth brawl to headline Slamboree following by another hard hitting battle at the Clash of Champions later in the year. He also had a memorable angle with Cactus Jack, where he powerbombed the madman on the floor, causing him to succumb to amnesia. That was sandwiched in between some violent matches between the two. A strong feud with Flair capped off his year. A dominant year in which he easily carried the promotion on his ample back. 1993 was easily Vader Time.
Notable Matches
Vader vs. Sting – Superbrawl III
Vader vs. Cactus Jack – WCW Saturday Night 4/17/93
Vader vs. Cactus Jack – WCW Saturday Night 4/24/93
Vader vs. British Bulldog – Slamboree 1993
Vader vs. Ricky Steamboat – WCW Saturday Night 10/16/93
Vader vs. Ric Flair – Starrcade 1993 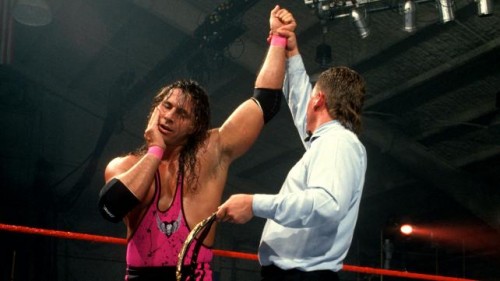 Coming off a 1993 in which he was underutilized and played second fiddle to the likes of Hulk Hogan and Lex Luger, 1994 came off as a massive “we’re sorry” from WWF officials to fans of Bret Hart. Beginning the year by becoming the first co-winner of the Royal Rumble, the Hitman also officially kicked off one of the great feuds of the decade when his jealous brother, the underrated Owen, betrayed him after a World Tag Team Championship bout.

From there, Hitman fans got to sit back and enjoy as Bret became the face of the promotion once again, culminating in two special moments at WrestleMania X in Madison Square Garden: a five-star classic match against Owen and a decisive win over long-reigning champ Yokozuna, who had ended his first title reign the year before. The aftermath, with the entire roster lifting Hart onto their shoulders, stands as perhaps the most enduring image of his WWF career (notwithstanding a certain blood-stained Sharpshooter a few years later).

Hart followed with compelling title defenses against numerous wrestlers of varying sizes and skillsets, including future champion Diesel. The two had instant chemistry in the ring, and it was yet another example of Bret getting the best out of his opposition.

While the reign, in typical Hitman fashion, didn’t last as long as it could’ve, Bret was the top dog for the remainder of ’94, working good matches with everyone from Owen to Davey Boy Smith to Diesel to Bob Backlund. In case anyone had forgotten in the previous year, 1994 proved Bret was still the most consistently great in-ring performer in North America.