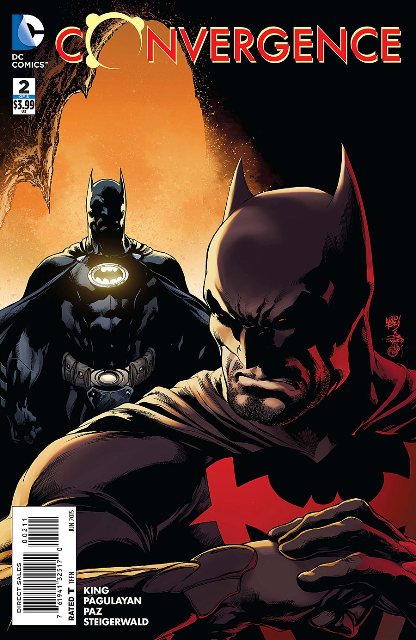 Remember last week when I said I’d hoped things wouldn’t be so exposition heavy going forward? Yeah, hopes dashed, unfortunately. This issue opens with yet more retread of things we saw in Earth 2: World’s End as Jeff King tries desperately to catch new readers up on things they likely wouldn’t care too much about. It’s this kind of thing that can cause more casual fans to worry comics are still too convoluted for them.

Still, when we do finally get through that part of the story things begin to pick up a bit. Telos has captured the Earth 2 heroes and is forcing them to watch as he pits two more worlds against each other. This time, it’s the Brother Eye-controlled world from Futures End vs an Earth that’s taking an obvious shot at Stan Lee. The names used are still DC characters, but the description of the world isn’t even subtle. No points awarded.

The Earth 2 heroes do manage to break free as Telos is concentrating on monitoring the battle at hand and we do get an interesting development with Alan Scott, aka Green Lantern. He taps into a power not all that dissimilar to the Green from Earth 2, but it turns out to be connected directly to Telos. Scott can’t control it for long but he does manage to briefly banish Telos from the battle field. He comes back fairly quick, though and after a brief exchange with the Earth 2 Superman, he just abandons the battle as if he was bored. Scott says it’s more likely he was afraid of something the heroes might find now that Scott had seen inside his mind through his planetary connection.

We finally get to something interesting as the heroes split up and the Thomas Wayne Batman takes the Earth 2 Dick Grayson on a “recruitment mission.” Batman feels they’ll need allies to defeat Telos, so he heads toward the nearest Gotham City to see what he can find. There he comes face-to-face with a version of Batman who is still Bruce Wayne. This whole part of the story is fairly interesting, being that it’s told from Dick Grayson’s point of view. The Bat Cave and the Batman and Alfred inhabiting it recognize Grayson, but he doesn’t know them. On Earth 2, Grayson had never become Robin, but he was married to Barbara Gordon on that planet. When he sees a different version of her on a monitor, it’s kind of a heartbreaking moment.

If ever there was a moment for King to fall into the typical superheroes meet and fight trope, this would have been it. King chooses to sidestep that and give us something better, but still comes up short. We don’t actually get to find out what the two Batmen said to each other, but we’re teased we’ll find out later. Would have been nice to have an actual sort-of-father, sort-of-son moment, though. The two Earth 2 heroes don’t get another Batman to work with, but they do get some equipment, like a Batmobile.

The other heroes are out scouting for possible pitfalls and maybe other allies. They come across quite a few battles and see that it’s not just heroes and villains who suffer in this, but regular people caught in the wake of it all. There are a few Easter Eggs (like Red and Blue Superman and a Court of Owls mask), but nothing too notable until the final page when Flash saves a version of the villain Deimos from being killed. He wasn’t one I expected to see here, so at least it was a surprise, especially when he claims to have a way off the planet. But Convergence is still not hitting the stride it needs in order to become compelling. So far it all still feels like setup and that seems redundant given that we had two nearly-year-long weekly series for that.

The harsh truth for DC about this series is how unfriendly it is for those who didn’t read World’s End or are familiar with DC’s vast history. Fans of the bygone eras might find more to enjoy and those who like World’s End will certainly have plenty to love, but otherwise this series is starting to feel lost in its own shadow.  At least Carlo Pagulayan’s art is up to the task of making it look nice. His full-page Bruce Wayne/Batman near the end of the issue was a true thing of beauty. Kind of made me long for the days of the yellow oval insignia on the Batsuit. 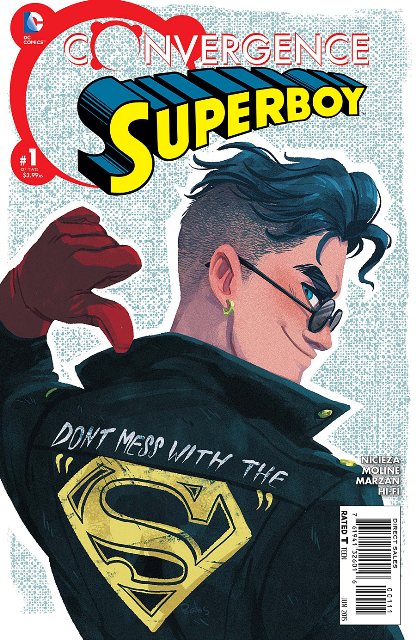 This one could have gone either way, but it’s a nice return to the classic 90’s version of Superboy, post-Death of Superman. This is set in the pre-Zero Hour and Superman is still considered dead as far as this story is concerned. Cadmus labs is trying everything to get Superboy’s powers working again, but the dome has taken away his abilities just like every other superhero and villain in town.

I loved how this Superboy, for all his thinly-veiled arrogance, still feels the weight of living up to Superman’s example on his shoulders. The scene when he listens to an elderly couple talk about how inspired they were by Superman and how people don’t seem to be up to that kind of challenge anymore was a nice moment of clarity for the youngster. Once the dome drops and his powers kick back in, he’s back to action and trying to make sense of what’s happening. Of course, he runs into the invading Kingdom Come Justice League and things get a little out of hand. Highly entertaining issue and I’m very curious to see how it evolves. 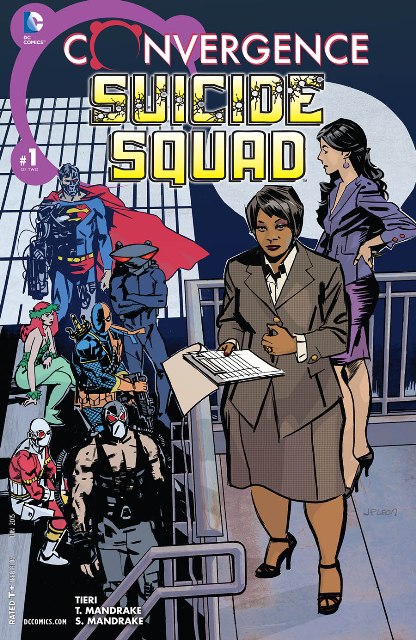 The bad guys had to deal with dome coming down as much as anybody else and seeing how they’ve been getting along is one hell of an entertaining read. Deadshot and Captain Boomerang have been palling around making money the best way they know how and do they ever make for a great team. Deadshot doesn’t miss a beat, either. Like the previously mentioned Superboy title, this one takes place in the same Metropolis and the city winds up facing the threat of the Kingdom Come universe Justice League. But with Amanda Waller and General Lane around, you know there’s going to be a plan to strike first and it involves Waller’s old team. Not that they had any choice in the matter.

But the fun parts come in when Lane gives her the rundown of who else is joining up. Some of the faces you’d expect, but the final two reveals are more than a little surprising. The intrigue is there and the pacing is right on, so this one gets my pick for tie-in of the week. While it’s hard to top that Superman tie-in from last week, this one is running a close race. I’m coming back for issue #2, for sure!

*Secret Wars #0 will be released on Free Comic Book Day, May 2! Check with your local retailer about following it.