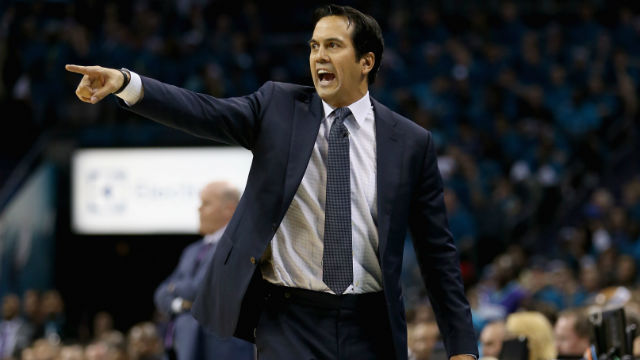 Adam Murray and Andrew Riche, Place To Be Nation’s NBA-Team, continue their annual offseason report on every NBA franchise this week, turning to the Eastern Conference teams already sitting at home… with a twist. Riche and Adam will suggest some music for the teams to listen in the long offseason, and results may vary. What Ariana Grande song did Riche use to describe Rob Hennigan, the now former GM of the lowly Orlando Magic? Who is still willing to play the waiting game between the Brooklyn Nets and the Philadelphia 76ers? (Adam makes a passionate case about why the Process may have ultimately failed Sixers fans). They also talk about why we should expect the same ole from the Charlotte Hornets, the heaping pile of toxic waste that is the New York Knicks organization, the resilient Miami Heat, Lonzo Ball’s overpriced shoes, Adam Sandler movies, and more. So suit up and take it out with the NBA-Team!