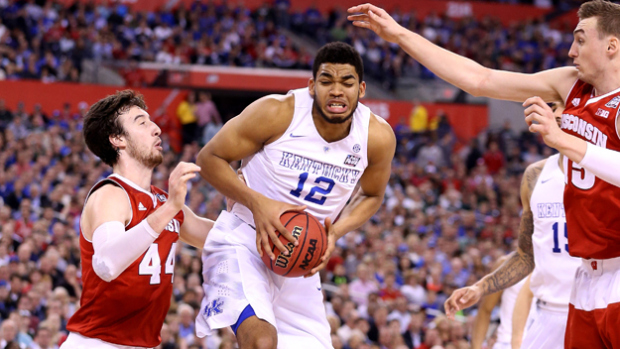 Bust out those awkward suits and load up on your prospect cliches, because Andrew Riche and Adam Murray of Place to Be Nation’s NBA-Team are ready to dive into the 2015 NBA Draft with a two-part preview! In part two, Riche and Adam talk about the remaining 16 teams that made the playoffs and what direction they should go in with their picks. Which one of the many first-round-caliber point guards might be a steal? Is Tyus Jones the missing piece for the Houston Rockets to get to the NBA FInals? What team will Naismith Award winner Frank Kaminsky wind up going to and how effective can he be? They also talk about the Arizona players, the art of the stashin Euro prospects in the second round, and predictions on draft steals and Rookie of the Year contenders. So suit up and take it out with the NBA-Team!