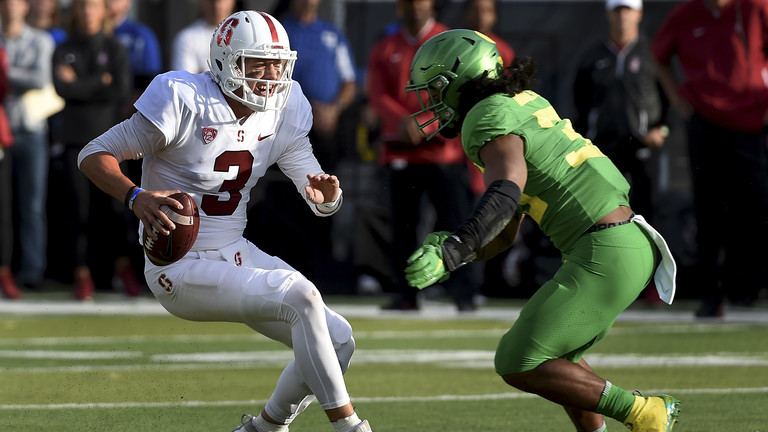 Welcome back college football fans! Another week in the books and the results have led to some epic games we have this coming weekend. Oh, and Alabama won again. Let’s dive into the Hot Takes!

Alabama Continues Dominance: As I described last week, this Alabama team is something special. The way they make offense look so easy is something to marvel at. Their ability to break tackles at will is so impressive to watch week in and week out. The defense didn’t play as well this week as Texas A&M QB Kellen Mond was able to get his yards on the ground, but the secondary really limited the passing game. It will be interesting to see as the season goes on, who will challenge the Tide if anyone will.

Kentucky Runs All Over the Dogs: Coming into the game Saturday, there had been a lot of trash talk between these two teams. Benny Snell of Kentucky had started it all by saying “he can run on anyone.” Well, for at least this weekend he was right. To the tune of 4 TDs and 165 yards on the ground he was able to help his team dominate to a 28-7 victory. As a fan of MSU, it would be easy to blame the game on bad refs or the weather but I know that they physically dominated us on both sides of the ball so I won’t make that argument. We’ll have to wait and see if the Dogs recover or if this is the beginning of a snowball affect, and I’m very interested to see how Kentucky plays the rest of the year.

Texas Upsets the Frogs: After week one of the season you had to begin to wonder if Texas, who lost fairly convincingly to Maryland, was headed for another subpar season. After last week’s win over USC, while impressive, they still had more to prove. TCU, coming off of a close game with Ohio State the week before, needed a bounce back game to get themselves back on track. While it was a close game through the first half, Texas was able to use it’s defense, holding TCU to only three points in the second half, to come away with the 31-16 victory. This victory makes the Big 12 race a little more interesting as now it appears Texas might have a say in it, along with Oklahoma.

Stanford Makes Furious Comeback: In perhaps the game of the week, the Stanford Cardinal traveled to Eugene to take on the Oregon Ducks. In the past decade this has become a huge rivalry as it goes a long in the determining which team will compete for the PAC 12 title later in the year. Everything seemed to be going Oregon’s way as they were able to build a 24-7 lead. The momentum of the game complete shifted when Stanford late in the 3rd quarter returned fumbled high snap to cut the lead to 10 points. After that they would go on to outscore the Ducks 24-7 in the fourth quarter and overtime to complete the stunning 38-31 comeback victory.

Georgia Puts Away Missouri: Georgia is probably the closest competition to Alabama this season, but as they went into Columbia, Missouri some were thinking this may be a trap game for the Dawgs. They were able to find creative ways to build their lead in the first half, scoring by way of a fumble return, a blocked punt, and two fields goals. The defense was able to keep Missouri star QB Drew Lock from getting in too much of a rhythm, while the offense played mostly mistake free ball and kept the lead where it was never in doubt. Georgia was able to score three times on offense on they way to a comfortable 43-29 victory.

A change in South Bend?: After three games of stellar defense but an up and down offense, ND made the change. Ian Book started for Brandon Wimbush and ND showed everything and anything in blitzing Wake Forest 56-27. Book had 5 TD’s, 3 rushing & 2 passing. Is Book that much better than Wimbush or did Brian Kelly decide to let the offense go and not hold it back? I’m confused, as Wimbush looked solid at times but didn’t really have the chance to unload his athletic ability. Very strange. In any event ND is 4-0 and this week a huge home game with Stanford. Big boy pants for Ian Book.

A disgrace in Lincoln: Whoever the fuck made the decision for the University of Nebraska to move from the Big 12 to the Big 10 should be fired and never work in collegiate academics again. The Cornhuskers’ football program was a Big 12 (before that Big 8) powerhouse with a legendary coach in Tom Osbourne and fantastic players like Mike Rozier, Tommie Frazier & Dave Rimington among others. Fast forward to 2018, and this program is a decrepit mess. One week after losing AT HOME to little Troy, Nebraska heads up to the Big House and gets throttled 56-10 to Michigan. They were down 39-0 AT THE HALF. I do not envy Scott Frost for whatever flaming dumpster fire he was handed but Nebraska will be paying for this “business” decision for many years to come.

Gut check win for Washington: Saturday’s 27-20 win over Arizona State will help Washington continue their quest for a Pac-12 Title and a CFP berth. Jake Browning threw for 202 yards and 2 TD as the Huskies held off a late Sun Devil rally to move to 2-0 in conference. After that hard luck loss at Auburn (which now doesn’t look good after what LSU did last week) Washington really doesn’t have that much room for error. The Huskies will hop out of conference this week for a big home game with #20 BYU.

A royal day for the Monarchs: Old Dominion lost by six touchdowns in Week 1 to Liberty. You’re thinking “Who gives a shit”? So was I, until this past Saturday when the Monarchs came out of nowhere to upset Virginia Tech 49-35 at home. WHAT THE FUCK? Blake LaRussa threw for 495 yards and four TD against a usually stingy Hokies defense. Trailing 28-21 at the start of the fourth, ODU scored four TD out of nowhere to steal the win at home. Talk about an ambush.

Academies Update: Army almost pulled off one of the biggest upsets in all of college football when they took #5 Oklahoma to overtime IN NORMAN, before the Sooners escaped 28-21. The Black Knights are averaging over 300 yards rushing per game, and this week will be home for Buffalo. Navy lost a heartbreaker 31-30 in Dallas to SMU on a last second 2 point conversion. The Middies have a bye this week before a big game at Air Force on October 6. Speaking of the Falcons, they got lit up themselves. Jordan Love threw for 356 yards as Utah State came from behind for a 42-32 win over Air Force. So the tally right now is Army & Navy are 2-2, Air Force 1-2. The Falcons have Navy next Saturday but this week will tackle Nevada at home.

So after what happened this past weekend, here’s the slate of big games this weekend