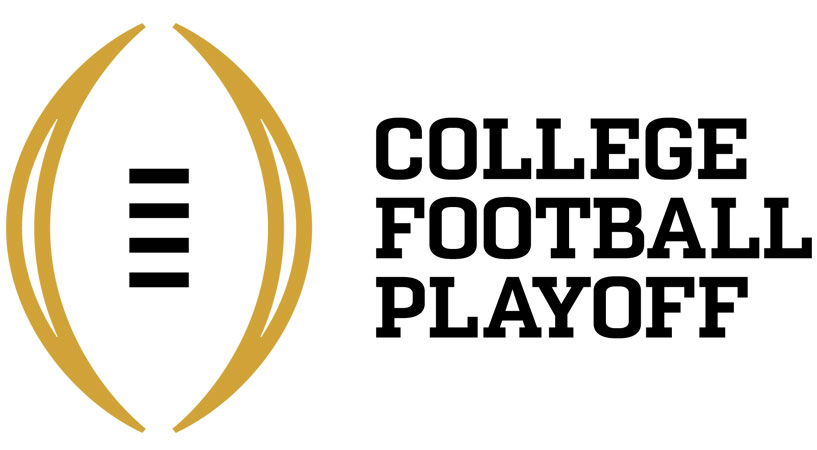 The end is near, or shall we say the finish line. Only a couple of weeks of games remain until we get the official four teams that will play in the 2016 College Football Playoff, and (most) things are still very much up in the air. So let’s recap our weekend with our hottest of hot takes!

Tide win Iron Bowl: Alabama could have probably lost to Auburn Saturday and still been in the Top 4 Playoff slots. Maybe not #1, or probably #1 because no one can touch them right now. Bama wins the Iron Bowl 30-12 and will play Florida in the SEC Championship. Jalen Hurts had 286 yards passing and 2 TD’s.

Controversy in Columbus: It was pretty evident that the Michigan-Ohio State loser would be knocked out of the Playoff. So both the Buckeyes and Wolverines went all out in the Horseshoe and as expected the game went down to overtime. A controversial 4th down conversion saw QB JT Barrett barely get a first down on a 4th and inches in OT with Michigan leading 27-24. Jim Harbaugh was fined for his officiating comments but regardless OSU converted into a TD and a 30-27 victory. Both teams are in a pickle: Michigan now has two losses, but OSU isn’t in the Big Ten Championship game. DOH! More on that later.

Playing angry: It was no accident that in one of most lopsided Battles for the Palmetto State in quite some time, Clemson demolished South Carolina 56-7. Dabo Swinney wants no part of controversy in the playoff and should hold a spot, so expect Clemson to jump all over Virginia Tech in the ACC Championship and fortify a spot.

Is Navy causing problems?: So if Navy beats Temple this Saturday in the AAC Championship, it may cause a bowl scheduling problem. The Cotton Bowl committee may not be able to put Navy in their game until after the Army-Navy game next Saturday. That also ripples to other Power 5 teams and the first bowl games on December 17. Both these teams are going to bowl games, so if Navy wins the Cotton Bowl committee should just put Navy in there and move on.

Indiana Dumpster Fire: Never mind the 45-27 thrashing USC gave Notre Dame Saturday. Wins are wins, but the fact that lineman Jerry Tillery kicked a prone USC player in the head and then stepped on a lineman’s foot late in the game shows the Brian Kelly era in South Bend has run it’s course. There’s rumors he’s ready to quit and move on. Go ahead. Sure he won Coach of the Year and a National Championship appearance but a 4-8 season and a glut of both injuries and academic violations mean it’s time to start from scratch and find a new coach. Lane Kiffin? Les Miles? Ara Parseghian? I’ll take anybody.

That’s what I have. Logan Crosland, the floor is yours!

Mississippi State Runs Away with the Golden Egg: The Egg Bowl in recent years has become a big game in the SEC schedule, due to the fact that the programs have near the top of the standings each of the past two years. This year’s game though lacked that interest, as Mississippi State wasn’t in a place where they could qualify for a bowl and Ole Miss looked like they might limp into a bowl. The game was interesting early with the Bulldogs leading the Rebels 27-20 going into halftime. The game then completely got out of hand for the Rebels, as they were outscored 28-0 in the second half. Nick Fitzgerald did as he has done all year and put the Bulldogs on his back scoring 5 TDs, while also breaking the school record for rushing yards with 258 yards. A 5-7 record isn’t what many expected from either team this season, but it feels a little sweeter in Starkville now that they have the Golden Egg back.

Orgeron Wins His Way to a Job: One of the biggest stories in college football throughout the year is who would permanently replace Les Miles at LSU. If you watched the game between LSU and Texas A&M on Thursday, you would have thought the answer to that question would have been Tom Herman. LSU would win that game in rather dominant fashion 54-39, so LSU fans were excited about the win and the possibility of a new head coach. Once Saturday rolled around though, it seemed Herman was acting as if he was available to other schools. This caused LSU to say they weren’t going to be held hostage by him, so they decided to hire from within and hired Interim Head Coach Ed Orgeron. Orgeron went 5-2 as interim coach, so LSU will be an interesting program to watch going forward.

Colorado and Washington Take the Divisions: The Pac 12 race has been one that has peeked my interest in the latter half of this season. Saturday was the day where both division titles would be decided and we would figure out would make the Pac 12 title game next week. Washington and Washington State were vying for the North division in the Apple Cup, while Colorado controlled its own destiny in their game against Utah for the South Division. Washington was able to dominate the Cougars, defeating them 45-17. Colorado was able to come away in hard fought game with the victory, winning by the score of 27-22. Colorado and Washington will meet Friday in the Pac 12 title game, in a game that could have playoff implications for both teams.

Vanderbilt is Going Bowling: Derek Mason and the Vanderbilt Commodores were faced with a very tough task in the last two weeks of the season, coming off of their loss to last place Missouri three weeks ago. That improbable task was beating Ole Miss and Tennessee to qualify for a bowl game. If you read last week you would know that Vandy was able to handle the Rebels with relative ease. This meant it would come down the in state rivalry game with the Volunteers to decide their fate. The Commodores were able to use a fantastic performance by QB Kyle Shurmur, who threw for 416 yards and 2 TDs, to come away with a 45-34 victory in what was fantastic game. And if you haven’t seen it already go watch Vandy coach Derek Mason dancing, as Vandy sealed the victory late in the fourth quarter.

Pitt 76 – Syracuse 61: Despite what most people may think, the game that produced that score did not take place on the hardwood. This game took place on the football field. The teams combined for 1,312 yards of offense and 20 TDs. This a game that would make football purists sick, but those who love offense would enjoy this game incredibly. It will be interesting to see if the school’s basketball teams can combine to score more points whenever they play later in the season.

Now a look at the updated Playoff Matchups:
#4 Washington vs. #1 Alabama
#3 Clemson vs. #2 Ohio State

There’s still some big games left to play, all conference championships. Will a 2-loss team get in? Should Ohio State deserve the spot even though they won’t win the Big 10? Here’s the schedule: