If you’re a person who’s alive, chances are you’ve seen “The Avengers” and at least some of Marvel Films’ movies (the Iron Man franchise, Thor, Captain America and those Hulk movies that we don’t talk about anymore). September 24th, “Avengers” director Joss Whedon is bringing the Marvel Universe to the small screen with Marvel’s “Agents of S.H.I.E.L.D.”, which is set in the same reality as all of those films. Whedon will be executive producer for the series and will direct the pilot for “Marvel’s Agents of S.H.I.E.L.D.” which will air Tuesday nights at 8pm (7pm CST) on ABC. 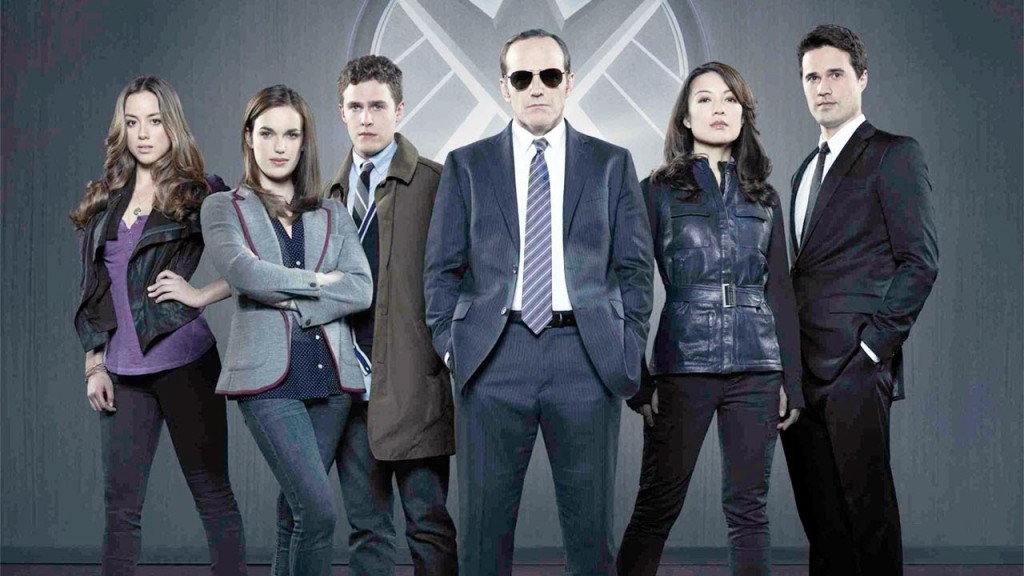 The premise for the weekly adventures of Marvel’s “Agents of S.H.I.E.L.D.” is that S.H.I.E.L.D., which stands for “Strategic Homeland Intervention, Enforcement and Logistics Division” (at least in the Marvel film universe), is a US government agency that investigates new and unexplained superhuman activity. This leaves the door wide open for Marvel to introduce dozens of new characters to TV, which is a prospect many fanboys (yep, including me) are thrilled about.

“Agents of S.H.I.E.L.D.” features only one actor from “The Avengers”, Clark Gregg, who reprises the role of Agent Coulson. Perhaps his character didn’t die in “The Avengers” after all (or, possibly, Nick Fury used Coulson’s “death” to unify the group of individuals into a cohesive unit). If he really died, how’d he come back?  The series promises an answer.

The remainder of the cast is made up of a mix of veteran actors and relative newcomers.

Ming-Na Wen (“E.R.”, “Mulan”) stars as Agent Melinda May, described by ABC as a legendary S.H.I.E.L.D. agent who left the field during her prime to become a pencil pusher. What happened to make her take a step back? It’s a safe bet that Agent May will return to action in a post-”Avengers” world where her skills are needed.

Brett Dalton (“Killing Lincoln”) stars as Agent Grant Ward, the team’s black ops specialist and muscle. Let’s hope he never has to try and take down someone like Thor.

Agent Jemma Simmons (Elizabeth Henstridge, who previously has only done several independent British films) and Agent Leo Fitz (Iain De Caestecker, a Scottish actor best known from the Jonathan Lipnicki vehicle “The Littlest Vampire”) are the engineering and biochemistry specialists on the team and their presence makes me wonder if this show may be a bit more like “C.S.I. Marvel” instead of something more unique.

The last core member of the team is the mysterious Skye, played by Chloe Bennet (from last year’s ABC show “Nashville”).  Skye is the focus of the pilot episode.  Is Skye a meta-human, and what’s her connection to the “Rising Tide”, the anti-superhero terrorist group that is sure to be the main adversary for S.H.I.E.L.D.?

Rumored to be joining the cast or to make guest appearances is Cobie Smulders from “How I Met Your Mother”, since she played S.H.I.E.L.D. agent Maria Hill in “The Avengers”. Doubtful, however, is Samuel L. Jackson as Nick Fury (though the show promises to mention him at least three times per episode).

While my hopes are that this is going to be the Marvel equivalent of the CW’s DC show “Arrow” and that many lesser-known characters who’d never appear in Marvel films (Spider-Woman, Luke Cage, Mockingbird) show up, my expectations are that this show will take its time in bringing in too many superheroes and may just focus on S.H.I.E.L.D. versus The Rising Tide for most of its first season.   Marvel TV chief Jeph Loeb has said as much, stating “It’s not ‘Arrow’, it’s not superhero-of-the-week; it’s really about these six people”.  Damn you Loeb!  I want “Alpha Flight” and “The Defenders”!

As a Marvel fan (not to mention a card-carrying Browncoat,) I’ll be watching “Agents of S.H.I.E.L.D.” with the highest of hopes.  I’ll also be back each week to recap the show in case you missed it.

Marc Clair
Entertainment It was a Thing on TV Podcasts TV