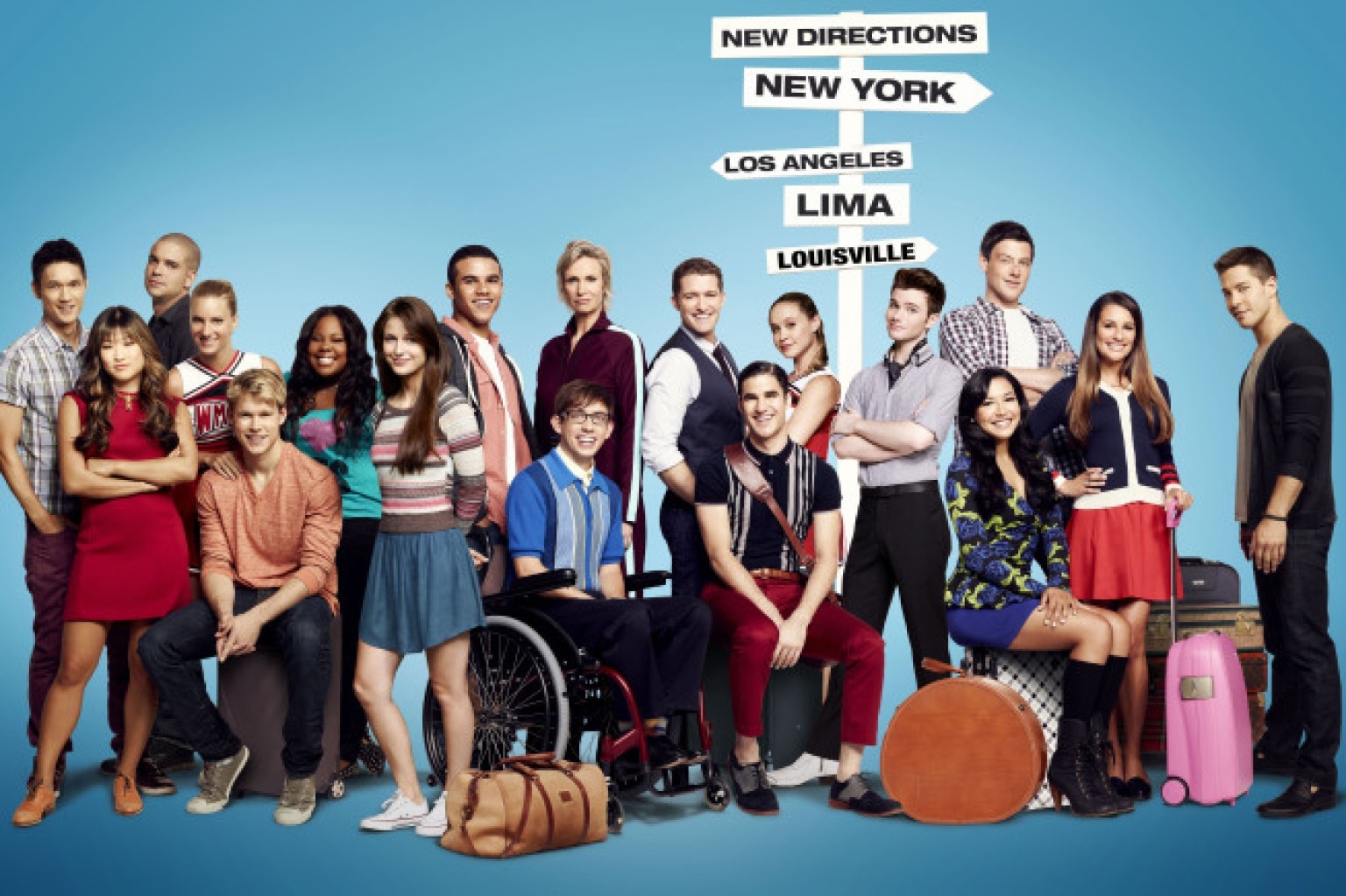 Glee is definitely a love it or hate it type of show. The die hard “Gleeks” as they are called absolutely love the show, while people who dislike it, for whatever reason, really can’t stand it. I, personally, really enjoy the show. As a big fan of broadway and musicals, I enjoy getting a weekly dose of that through Glee. The new season of Glee will air September 26 on Fox. Before going into a season 5 preview, let’s recap where season 4 left us.

Rachel and Finn have had a long history of an on again off again relationship throughout the series. In season 4, Rachel was in a relationship with a guy she met in college (Brody). Finn had gone into the military. Although the seriousness of Rachel and Brody’s relationship is a little questionable, they were living together. Rachel goes back to Mckinley High for her former Glee club instructor’s wedding. The wedding was a disaster but Finn and Rachel “hooked up” at the reception. When Rachel returned to New York, her friends warned her that Brody was incredibly shady. Her friend, and roommate Santana, realizes that he is a male escort and gets Finn to come to Rachel’s aid. Finn threatens Brody and tells him to stay away from his “future wife.” Brody moves out without telling Rachel why, but Santana tells her what happened and she and Brody discuss it and agree to remain professional about it all.

Kurt and Blain had a pretty steady relationship for a while, but when Kurt moved to New York, leaving Blain behind, things got sour. Blain got lonely because Kurt was so busy with his job at Vogue that he had a one time fling. Kurt found that unforgivable and they parted ways. Of course, like Finn and Rachel, they hooked up at the (failed) wedding. For Kurt, this seemed to be a one time kind of thing, but for Blain, who was still not over Kurt, it meant a lot more. It is later clear that Kurt still cares for Blain a lot as well. Blain asked Kurt’s dad for permission to ask for Kurt’s hand in marriage to which he said no.

These two are new to the series in relation to other cast members. Marley and Jake joined the crew in season four, but fairly quickly were established as a major story line. Jake was revealed as the half brother of veteran character Noah “Puck” Puckerman. When Marley is introduced, she is very poor and her mother is the lunch lady. She is picked on a lot about her situation but finds friends, and eventually love, in the Glee club.

Obviously there are many more characters in the show, but the prevalent story lines follow the love lives of the high school cast. In the season 4 finale, the glee club wins at regionals which means season 5 will have them perform at nationals giving them a shot at back to back title wins. In the finale it is not revealed whether or not Rachel Barry (Lea Michelle) got the roll of Fanny Brice in “Funny Girl”, and there have been no behind the stage rumors either for or against it. The relationship between Rachel and Finn (Cory Monteith) seemed hopeful, which many “Gleeks” have rooted for since season 1. Leah Michelle and Cory Monteith, who were off screen sweathearts, had amazing chemistry in the show. Tragically, earlier this year the 31 year actor who played Finn Hudson died of a drug and alcohol overdose. He had been scheduled to return to the show, but with his death decisions had to be made as to how the show should proceed. Reports say that it was decided that the Finn Hudson character would be killed off as opposed to being replaced with another actor. Lea Michelle was reported as having a huge roll in the decisions and is on board with the new direction of the show. The Glee cast will have a tribute show for the character which is set to air on October 10, 2013.

In the season 4 finale Blain Anderson (Darren Criss) is shown holding a ring box. He does not propose to Kurt, leaving fans to wonder if he changed his mind or if we can expect a proposal in season 5. In the season 5 trailer, released from Fox earlier in September, Darren Criss is talking about the upcoming season. The season will start with a two part premiere that will showcase the music of the Beatles. During the trailer, Criss is still hinting at a proposal.

Returning cast members include: Lea Michelle (Rachel), Darren Criss (Blaine), Chris Colfer (Kurt), and Jane Lynch (Sue Sylvester). We can expect many more returning cast members as well. Amber Riley (Mercedes) and Heather Morris (Brittany) are unlikely to return as regulars. Amber appeared in a few episodes last season and will most likely do the same this season due to her participation with ABCs “Dancing with the Stars”. Heather Morris may also return for a few episodes, but following the season finale of season 4 it was reported that she was pregnant with a fall due date which explains her character’s abrupt and far fetched departure in season 4. A couple of new cast members you can expect to see include a new Cheerio member played by actress Erinn Westborough and American Idol runner up Adam Lambert.

It will be very interesting to see how the new season plays out with the death of Cory Monteith and the addition of two new characters. Will Rachel get the part in “Funny Girl”? Will Blaine propose to Kurt? Will Kurt say yes? Will the glee club win back to back national titles? What’s in store for the seniors of the glee club that will be graduating later in the season? Don’t miss the season 5 premier on Thursday. September 26 on Fox to find out!