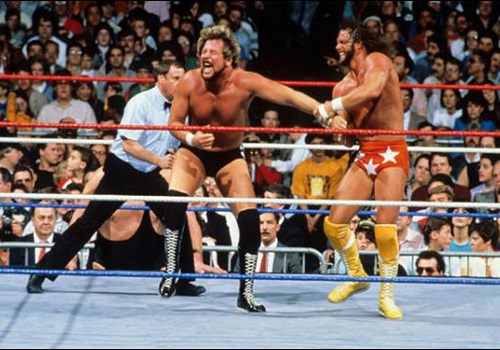 I saw this one at #5 on the Rankings of Randy Savage WM Matches article on PTBN.  It was also noted on List-a-Mania for Best Finishes. And of course I knew who they both were so that was helpful. 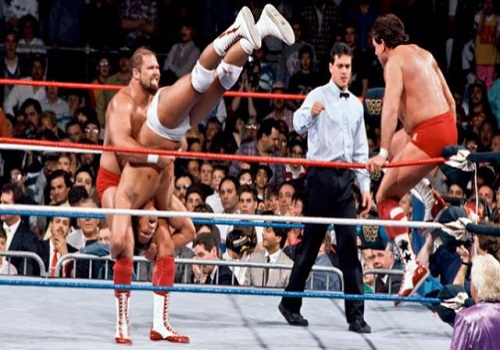 A classic NWA style tag match tucked into a bloated WrestleMania card, this was one of my earliest favorite matches. It also features a huge storyline in the middle of the action, with Rick Martel walking out on Tito Santana. That led to a beautiful two-on-one dissection by the Busters which is just a joy to watch. 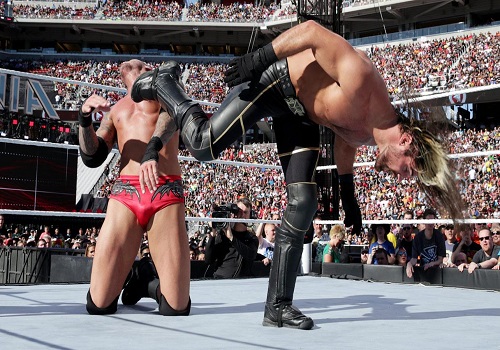 Seems a little high, no? Given my poor position in the draft order and the fact that I fucking unapologetically LOVE this match, there’s just no way I was sleeping on it another round. Objectively, yeah, maybe I could’ve held off. Maybe I drafted with my heart over my brain. WELL AT LEAST I HAVE A HEART. 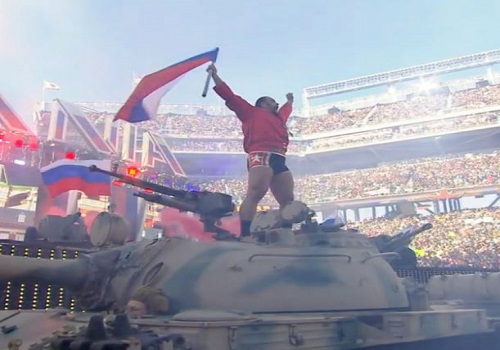 Rusev comes to the ring in a tank. Carry on. 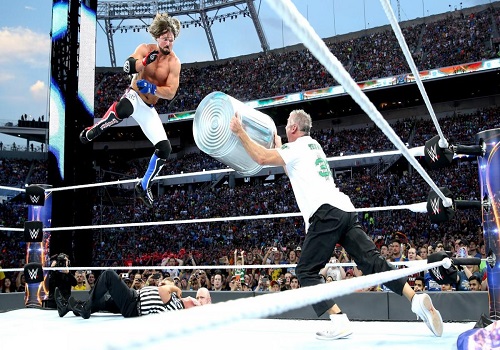 The McMahon Family has dominated WWE TV programming for the past twenty years. While not being able to draft a match featuring Vince, I chose the closest thing with his son. And Shane was lucky enough to be in with AJ Styles, who had a tremendous run in the company leading up to the show.

Pick #86: Money in the Bank (WrestleMania 25) – Selected by Scott Criscuolo

After coming out of nowhere to win the briefcase the year before, CM Punk becomes the first back to back winner in a great car wreck. 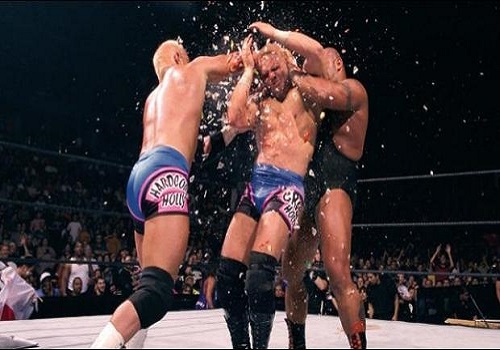 Yes, looking back this was probably too much of a reach and there were other picks taken in the next round that I would have preferred in hindsight. But like I said at the start, I wanted to build a card that I would personally love to watch and this is one of my favorite wacky romp brawls of all time. And it was certainly my only chance to draft a Pete Gas championship win. 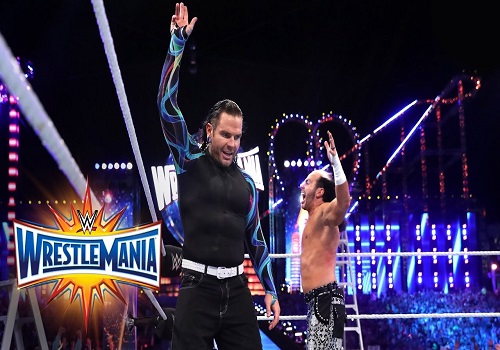 I knew I needed one of these ladder clusterfucks and completely lucked out to get this one. The match is great, you get Sheamus and Cesaro killing guys, Enzo/Cass at their most over and the return of THE HARDYS. An all time Mania moment as the crowd SCREAMED with ecstasy. A moment that was too good to happen, then actually did. 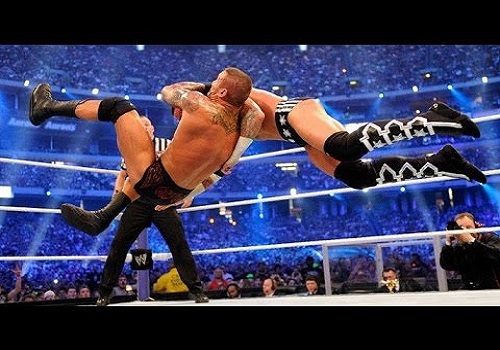 I considered this one to be a steal in the 6th round, as it has star power AND is a very good match. It doesn’t seem to be remembered all that well, I think it’s very underrated and worth a high pick. 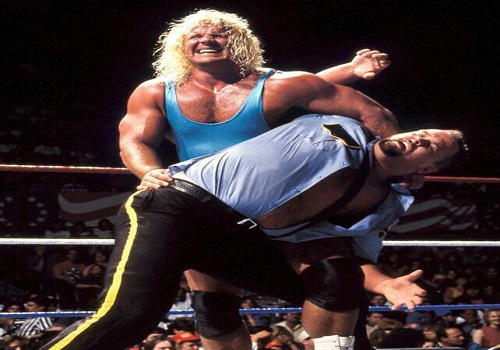 Perfect and Boss Man just worked so well together. Boss Man was an underrated talent in 1991, and paired with the consummate athlete Curt Hennig, you get a surprisingly fun Intercontinental Title match. 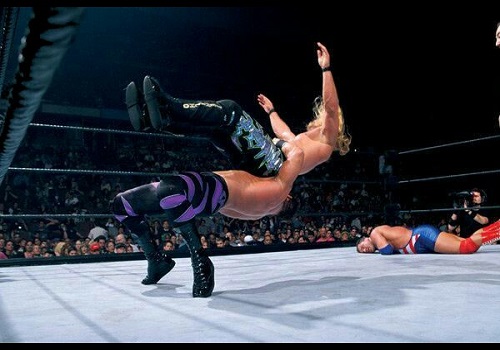 Admittedly, with the talent involved and the match stipulation at hand here, this match doesn’t quite live up to expectations, but I firmly believe it’s more forgotten than it needs to be as well. Here we have 3 of the best big match wrestlers in company history working an undercard bout, more of a gimmick than anything, taking advantage of Angle’s recent dominance and goofiness and taking away his titles. These are super workers and even their low points from this era are pretty damn high, and this is for two titles to boot. Fun match that can get the crowd invested. 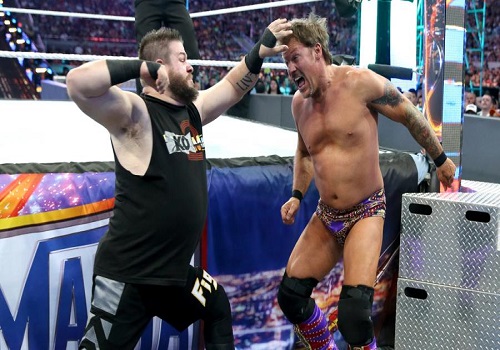 It’s the best match from WrestleMania 33. Change my mind. (Spoiler: you can’t.) 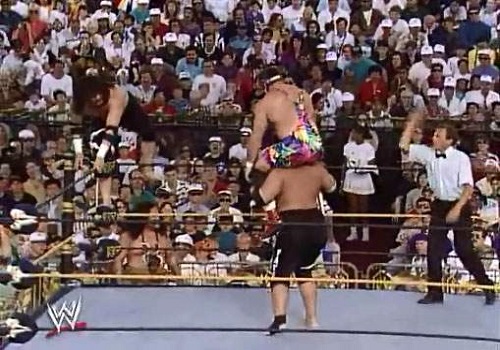 Full disclosure: I realized that, in picking the “best available,” I realized I had woefully neglected tag teams. And tag team wrestling is the best. So are the Steiner Brothers. So are suplexes. Thus I drafted this underrated gem. More variety. 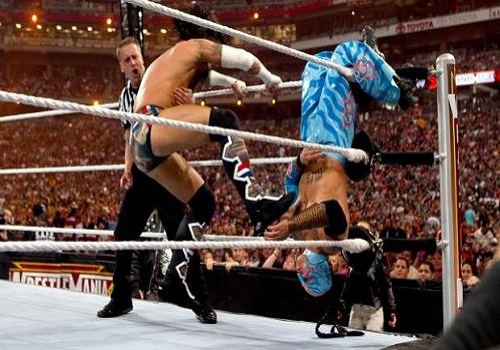 They only got 6 minutes for this match, but they packed SO MUCH into it – a Straight Edge Jesus promo from Punk, Rey’s entrance malfunctioning, Rey flying everywhere, great chemistry between them, at least two Eddie Guerrero tribute spots, interference from the SES, the finish is balls of fun…this is everything you could possibly want in an undercard sprint. 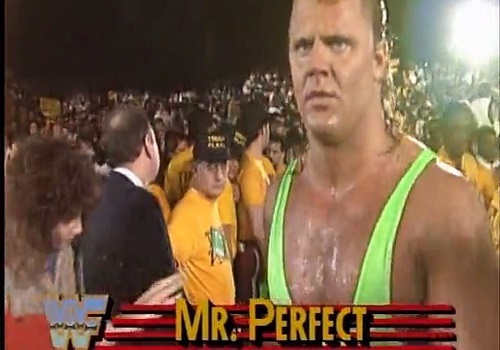 A perfect sprint. Owen as the Blue Blazer was always fun, and here he gets a heck of a matchup with Curt Hennig. One of the best matches per second from that era, and a workrate standout from a time when Mania matches didn’t always feature quality wrestling. 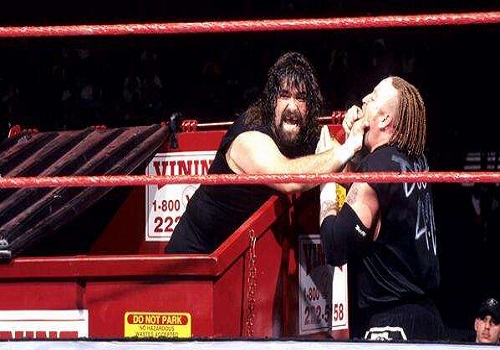