Happy Friday to the good people of PTBN.  Cowboy here checking in from snowy Massachusetts with a special Super Bowl 50 preview.  There are many intriguing story lines built into this battle between the Peyton Manning-led Denver Broncos and the juggernaut Carolina Panthers. All signs point to this being the last game in Manning’s career and he has a Herculean task in front of him if he wants to ride off into the sunset a Super Bowl champion in the same vein as his current employer, John Elway. For the Panthers, they have a chance to put a bow on one of the more dominant seasons in recent NFL history and finish 18-1. Let’s break it down! 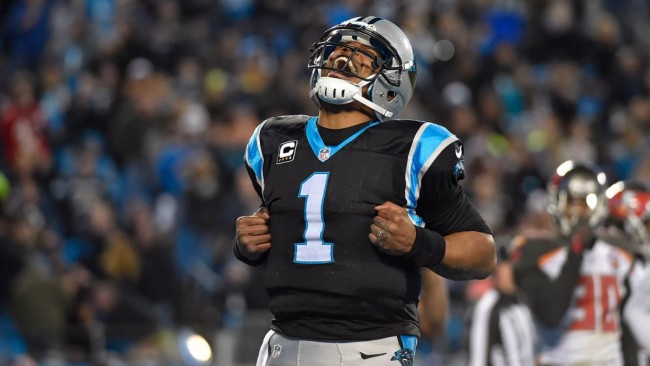 Led by MVP-favorite QB Cam Newton, the Carolina offense was the league’s best this season. They set things up with a great running game featuring bruising tailback Jonathan Stewart and Newton himself. Newton’s favorite target in the passing game is second-team All Pro selection Greg Olsen. The rest of the much-maligned receiving corps is led by burner Ted Ginn. This offense has been pretty much unstoppable lately, but faces a stiff test in Denver’s league leading defense. The beauty of the Carolina offense is that they can beat you in a multitude of different ways. If Denver stacks the box to stop Newton and Stewart, Ginn could very well shake loose from single coverage for one of his patented home run plays. If the Broncos play them conservatively, Cam can pick them apart through the air and on the ground and lead long, sustained drives. For the Broncos, this essentially becomes a case of pick your poison.

As great as the Carolina offense has been, Denver’s defensive unit has been nearly as good. They turned in a performance for the ages in the AFC Championship Game against the great Tom Brady and his New England Patriots. They knocked Brady down a staggering 20 times in an absolutely dominant performance that harkened back to the Ray Lewis-led Ravens championship defense in 2001. The Broncos do two things better than anybody, get after the quarterback and cover the wide receivers. Their pass rush is led by the fearsome duo of Von Miller and Demarcus Ware coming off the edges. The secondary has shut down corners Aqib Talib and Chris Harris, Jr. Outside of the superstars, the rest of the defense is very solid as well.

So how will it play out? For the Broncos to have any chance to win this game, their defense has to show up in a big way. I expect them to come out stacked up against the run, leaving Talib, Harris, and the rest of the secondary in man to man coverage on Carolina’s below average receiving corps. The Broncos have been lights out against the run all season, and if they focus their efforts on shutting down Stewart, I believe they will be able to. This is where things get dicey. Say what you want about Ginn’s hands, but there are few receivers in the league who get open deep as consistently as he does. Denver absolutely cannot afford to give up big plays, but I think that if they sell out to stop the run that is exactly what will happen. Carolina’s offense has come out firing on all cylinders early in both of their previous playoff victories and I expect more of the same here. Newton has been on a different level all season and will relish the chance to take advantage of one-on-one matchups for his receivers. Cam also naturally neutralizes Denver’s great pass rush with his scrambling ability. When rushing a guy like Tom Brady who basically stands in the pocket like a statue, Miller and Ware can pin their ears back and meet at the QB. Having to respect Newton’s running ability forces Denver’s edge rushers to play more conservatively and work to keep Cam in the pocket.

All in all, I feel that Carolina’s offense is simply a bad matchup for the Broncos D. Denver’s greatest strengths are partially neutralized by Carolina’s lack of a clear cut #1 wide receiver and Newton’s otherworldly scrambling ability. If I were the Broncos, I would come out conservative and force Newton to engineer long drives and hope for mistakes. By playing aggressively to stop the run, the Broncos will be playing right into Cam’s hands and I expect a big play to Ginn early setting the tone for the rest of the game. 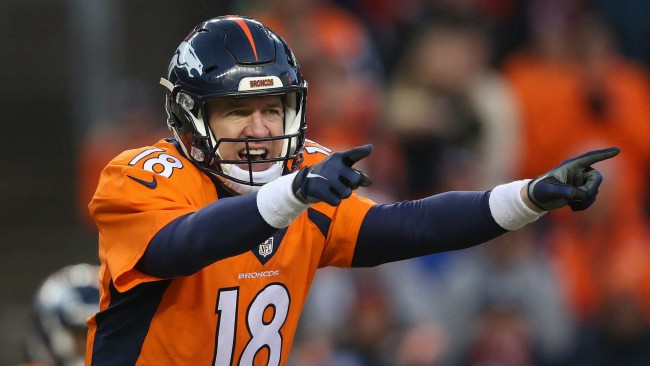 Looking at all four units in this game, it is pretty clear that one is a good notch or two below the others. Denver’s offense has been anemic, at best, for the better part of the season. Early on, Gary Kubiak tried to force his system on Manning which very much seemed like a situation of a square peg and a round hole. Eventually, Kubiak relented and allowed Peyton to work out of either the pistol or shotgun formations where he is most comfortable… to middling results. Manning has looked better since returning from injury and taking over for Brock Osweiler, but those expecting to see the gunslinger who led the Colts to a Super Bowl victory will be sorely disappointed. Injuries and age have sapped all of Manning’s arm strength and he is, quite simply, a game manager at this point in his career.  The Broncos have relied on a heavy dose of running backs CJ Anderson and Ronnie Hillman to milk the clock and score just enough for their defense to win games for them. They do boast arguably the best pair of receivers in the NFL in Demariyus Thomas and Emmanuel Sanders. Both guys are well rounded and big play threats who can take it to the house anytime the ball is in their hands. The issue is that Peyton has had extreme difficulty all season taking advantage of their copious deep ball skills.

On the defensive side of the ball, Carolina is a big play, opportunistic unit. Led by the game’s best corner, Josh Norman, and middle linebacker Luke Kuechly this is a solid squad. While not quite up to the level of the Broncos unit, they are a small tick below and certainly capable of keeping the Panthers in the game should their offense struggle. Carolina boasts a good pass rush led by Kawann Short and a great set of linebackers including Kuechly and Thomas Davis. They were tied for the league lead in defensive TDs this year with six and have added a couple of more in the playoffs. They will be looking to take advantage of Manning’s loss of velocity on his fastball at every opportunity.

How do we see this battle going? I think the Panthers will come out with a similar defensive strategy to the Broncos. They will stack the box against the run and dare Manning to beat them deep. If I were Gary Kubiak, I would put Peyton in the shotgun from the opening snap and let him air it out. The Denver receivers are good enough to beat man to man coverage (even from Norman) and they will need to make big plays to give Denver a chance to win the game. If Denver actually adopts this strategy, the game could get very interesting. Alas, I don’t believe that is what the Broncos will do. What has gotten them to the Super Bowl is trying to slow down the game and control the clock with their running game and limit Manning’s mistakes. This strategy, if employed against the Panthers, will fail miserably as the Denver running game is not good enough to get the job done against this defense. There is a strong possibility that Carolina jumps out to a double digit lead early and forces a Manning pick six before the game is through. 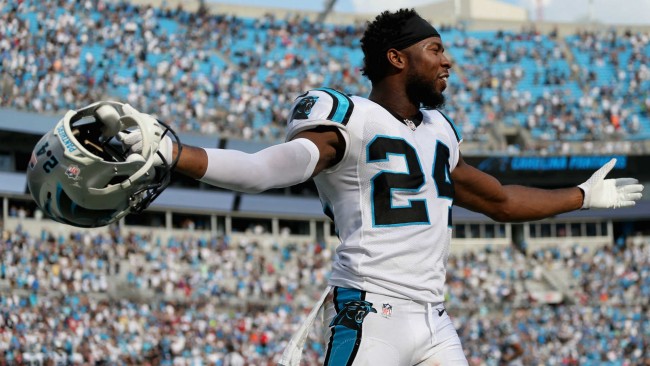 It is very difficult to look at this game analytically and not see a Panthers victory. They are playing great and the matchups on both sides of the ball seem to favor them. The most likely scenario in this game is that Carolina jumps out to a 14-0 lead in the first quarter, makes the Broncos one-dimensional, and never looks back. With that said, I feel that Peyton won’t go out in a blowout loss. Carolina has shown a propensity to let their foot of the gas and fade a little late in games. I envision Peyton playing above expectations and keeping this game close. He will ride off into the sunset with his head held high… but not with that elusive second Super Bowl championship. Carolina takes it in a much better than anticipated game. NOTE: There is a fair amount of heart going into this pick. Don’t be surprised if the Panthers blow the doors off of them. Final: Carolina 27 Denver 24