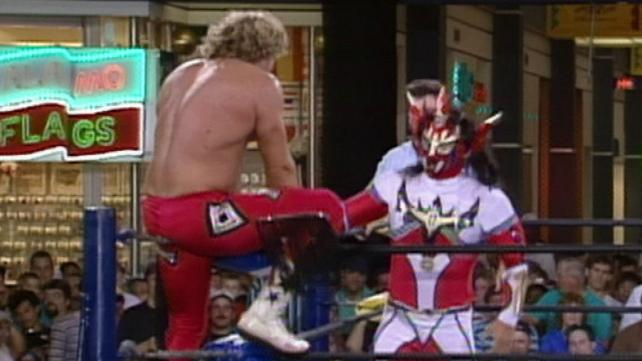 0:00:30-0:13:30 – Some introductions, and we talk Raw. The Wyatts are coming, Mark Henry will not be the first black WWE Champion, because the Rock was, if the WWE screwed up by making Daniel Bryan a referee this week, and more.

0:32:00-1:12:00 – We talk the first two episodes of WCW Monday Nitro. Mike, well, I, apologize for any scatter-brainedness involved. We talk Pastamania, the Cruiserweights, how not to get someone over, what’s bigger – Scott Norton’s barrel chest or an actual barrel, and more. Then, we talk MVP and LVP, reveal which show won our Listener’s Choice ballot after almost 50 votes, WCW Spring Stampede 1999, and say goodbye for the week.