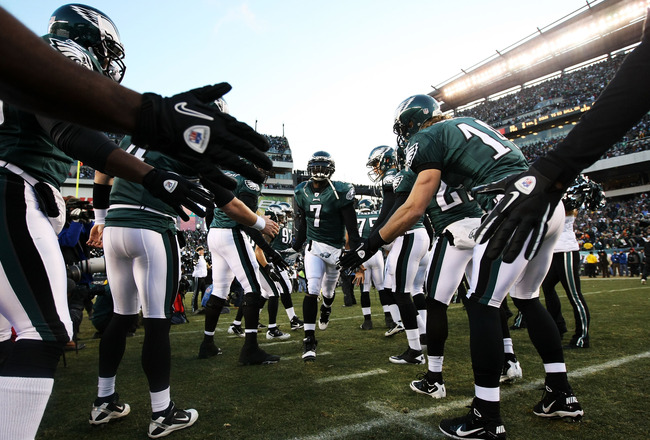 Following the 4-12 campaign that ended the 14-year run of the franchise’s winningest coach Andy Reid, the Eagles look to regroup with a whole new staff and head coach in Chip Kelly, formerly of the University of Oregon. Look for Kelly to institute a fast-paced style of play on offense as the new era begins. And while some remnants of the past, like quarterback Michael Vick, do remain, a big style shift from the pass-heavy Andy Reid years will be a welcome change to Eagles fans.  The defense will be installing a new 3-4 look as well so there will be some bumps along the road as that playbook is implemented. These are big changes to a franchise but after years of running in place, a fresh start is what was needed in Philadelphia.

The Eagles cut a lot of over-priced vets that were leftovers of the Andy Reid years and made smart economical contract signings on defense with guys like Barwin and Chung. Losing Jeremy Maclin to a torn ACL in the preseason was a huge loss for Michael Vick and the passing game, leaving a bigger emphasis on LeSean McCoy, Bryce Brown and even Chris Polk to carry the load out of the backfield. The team dealt Felix Jones to the Steelers thanks to the backfield depth the Eagles have acquired over the last couple of years.

Matchups against NFC East rivals will be the most important games for the Eagles as they start the Kelly regime, specifically the Dallas-New York homestand to close out October. The schedule also features the AFC West mostly in the first half, and NFC North later in the year.

Vick was signed to a one-year deal and beat out Nick Foles for the starting spot in the preseason. While he still can make the ill-advised off-the-back-foot throw in crucial game situations, he has the ideal speed and arm for Kelly’s offense. Coupled in with an outstanding running game and a solid (and healthy) offensive line, Vick could put up very good stats and help keep the Birds competitive in a number of games.

A return to the playoffs is unlikely with such a talent overhaul and new schemes being implemented but who knows? Elements of Kelly’s offense were introduced to success last year in the NFL and his additional wrinkles could take time for teams to adjust to. While the offense has looked good in the preseason, the defense has been questionable and their ability to pick up and be successful in the 3-4 will be key to a possible .500 season. 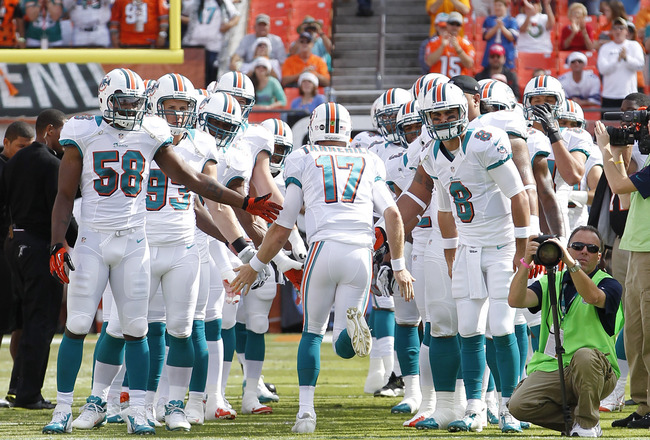 The 2013 Miami Dolphins may be one of the most enigmatic teams in the league. The team has built itself back up with a dual model approach, focusing on drafting a core and then splurging with some big free agent additions to fill out the ranks. They have an unproven head coach, a stout defense and QB that is going to make or break the season depending on his evolution in the position. With the Patriots showing some vulnerability and the Bills and Jets rebuilding, this represents Miami’s best crack at the playoffs since they won the division in 2008, the year Tom Brady missed the season and Brett Favre’s bicep shredded halfway through the campaign. If Miami can take care of business at the bottom of the division and steal a game from New England there is a very real chance they can be playing come January. However, will all the free agent pickups and strong defense be enough to compensate for the QB if he doesn’t progress to the level that is needed? That will be the main focus point in South Beach this season.

Miami was the most active team in the offseason on both sides of the ball. The fish already had a formidable defense, checking in at seventh in points allowed last season. While they excelled up front and were great at not breaking, they were not very good at taking the ball away from opposing offenses. They ranked 24th in takeaway/giveaway differential and 28th in turnovers generated. Enter cornerback Brent Grimes, who has 12 interceptions over his last three seasons (he missed last year due to injury). If Grimes can bounce back and stay healthy, he should be able to give the Dolphins the ballhawk they have been missing. I thought Grimes was a steal by Miami. I also thought Dannell Ellerbe was too. In his first true season as a featured player on a strong Baltimore defense, Ellerbe racked up 66 tackles and 4.5 sacks. At age 27, hee effectively replaces the 31 year old Karlos Dansby, who takes his strong tackling to Arizona. The key for Ellerbe will be proving he can hold up and post those numbers over a full season of action.

The biggest splash for Miami came on offense when they imported big play receiver Mike Wallace from Pittsburgh. Wallace had great chemistry with Ben Roethelisberger, but after holding out last season, he saw his numbers trend downwards just a bit. He still hung over 800 yards and 8 TDs on the board, but many wonder if he can continue to post gaudy stats with Tannehill chucking the ball down the sidelines instead of Big Ben. His YPR slipped for a third straight year but Miami will need him to stretch that number back out and make the big plays they have so desperately needed over the last few years.

And speaking of big plays, Miami bid farewell to starting running back Reggie Bush, who finally broke out and cashed in on his talent over the last two seasons. Bush left for Detroit after averaging 1,300 APY and 7 TDs since 2011. Finally healthy since arriving in Miami, Bush was a true weapon out of the backfield and became a security blanket for Tannehill last year. Miami hopes second year back Lamar Miller and third year back Daniel Thomas can fill the hole left by Bush, with Miller being the projected starter. Miller will be a major piece of the offense and if he can hold up his end of the bargain and force defenses to respect the run, Tannehill will have a much easier time getting the ball downfield to Wallace.

We mentioned earlier how Miami needs to take care of business against the Jets and Bills to have any semblance of a playoff hope. They are clearly the strongest challenger to New England’s AFC crown but any slip ups in must win games can land a serious blow to those chances. They have a big chance to make a statement early in the season when they head to the Big Easy to battle the Saints. If Miami’s defense can hold down Drew Brees and company, it would be a great way to announce that they are a legit force to be reckoned with. In week eight, they travel to Foxboro in what could be a statement game. By that point in the season, Tom Brady will have had plenty of time to build chemistry with his new offensive weapons and Rob Gronkowski should also be back in the mix by then as well, meaning Miami’s D will again be put to the test. Miami again hits the road in weeks 13 and 14, first with a stop in the Meadowlands, followed by a big game at Heinz Field. No matter the state of either team, the Jets and Dolphins always play competitive games so Miami will have to be sure to stay focused and not look ahead to the Steelers, which could be a huge game come playoff seeding or tiebreaker time.

This is a layup. Miami’s season clearly rests on the shoulders of Tannehill, the eighth overall pick of last year’s draft. Tannehill had a below average year in 2012, posting nearly a 1:1 TD/INT ration, 58.3% completion rate and just over 3,000 yards. There was clearly promise there and his stronger outings were more frequent in the back half of the season. Outside of Bush and solid year from Brian Hartline, Tannehill didn’t have the best options around him for his rookie campaign. In his sophomore season, though, there will be less excuses. Adding Wallace and Brandon Gibson to Hartline give Tannehill a legit WR set to chuck to. If he can cut the picks down a bit and hit pay-dirt more often, Tannehill will guide this team to a playoff spot. If he can’t improve upon last year’s stats, Miami fans are going to be disappointed with both the present and future state of their franchise.

A year ago, Miami rode the back of their defense and weathered a shaky season from their rookie QB to put up seven wins and finish second in a weak division. With the roster improvements they have made, I see no reason why Miami can’t win more games in 2013. However, I am not completely sold on Tannehill. If he can put it all together in his second season, Miami could reach double digit wins. I am not banking on it. I think Tannehill continues to play up and down, but thanks to a strong defense, weak division and decent schedule, Miami will get over .500 and linger around the playoff picture.

There is a lot to like here. And if New England stumbles at all, Miami could be in prime position to capitalize and steal the division. Again, not something I would bank on. Much like the Jets in 2010, this team is built to win but will only go as far as the QB takes them. If Tannehill can’t put it together it will be interesting how much leash he is given considering the growing expectations in South Beach. The AFC is definitely down this year and Miami could be one of those teams to take advantage of a weak field and get themselves into the tournament. And then, just about anything can happen.