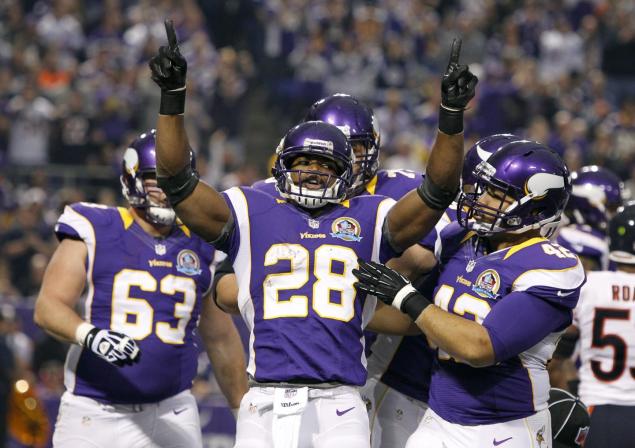 I’ll be the first to admit that I didn’t expect the Vikings to do much of anything last year. Quite a few experts didn’t see the Vikings amounting to anything either. However, the guys dressed in purple for a living started 2012 off going 4-1 and were able to win their final four games against the Bears, Rams, Texans and Packers to earn themselves a Wild Card berth. They ended up losing in the Wild Card game as backup QB Joe Webb was tossed into a highly important spot and he just wasn’t ready for it. Now, the Vikings enter 2013 looking to have repeat season and reach the playoffs again. They lost a few faces but they gained one that was always on the other sideline playing for a rival. Greg Jennings, the star receiver who previously played for the Packers, will look to help Adrian Peterson on offense over the next several years. Now with a passing threat, Peterson may even have a BIGGER season than he did last year!

The Vikings had a good offeseason as they addressed their dire need for a star wide receiver who could make a big play. Sure, they previously had Percy Harvin, but Harvin was always getting hurt and wasn’t healthy enough to warrant a contract extension. He is currently injured, go figure, on his new team. Matt Cassel signing on gives the Vikings a credible backup if Christian Ponder gets hurt or struggles at some point. In comparison to how Joe Webb looked in the Wild Card game, Cassel is a huge upgrade. By the way, Webb has switched to wide receiver this year. There has been some hype for Cordarrelle Patterson coming into the year as the Vikings are hoping the young player will fill a void left by Harvin. The outspoken Kluwe was released in the offseason and the team got rid of the aging Antonie Winfield to get younger defense. Winfield also ended signing with the Seahawks.

The Vikings have always had issues with quarterbacks who can run the ball effectively. Their first challenge will be Cam Newton in week six and four weeks later against Robert Griffin III. I’m interested in those games just to see Jared Allen get his hands on the young quarterbacks. Week eleven will see Percy Harvin, if he is healthy, play against his former teammates. A lot of former Vikings play for them now. Lastly, in week twelve Greg Jennings returns to his former home. The reception for that appearance should be interesting.

AP was only eight yards away from making history, and that was coming off of a torn ACL. He is 100% this year and has a major threat on offense to go with him. I’m sure Jennings will cut into some of AP’s production, but AP is the man to watch when it comes to the offensive side for the Vikings.

The Vikings look to be a strong team and if Ponder is able to have any kind of improvement from last year, there could be some big things happening for the purple and gold this year. Having a strong running game and a good passing game is a tough combination to beat in the national football league. The Vikings have a improving defense on their side as well. They do have an offense that can hang with teams in high scoring situations and a defense that could make big stops when they need to. Don’t sleep on the Vikings.

Final Thoughts:
NFC North looks to be a division that the Vikings will win or come very close to winning this year. It’s easier said than done, though. They need to put all the pieces together and make for a strong season. If they can deliver on both sides of the ball and Ponder can run an efficient offnese, hopefully Vikings fans will have something to rejoice about in February. 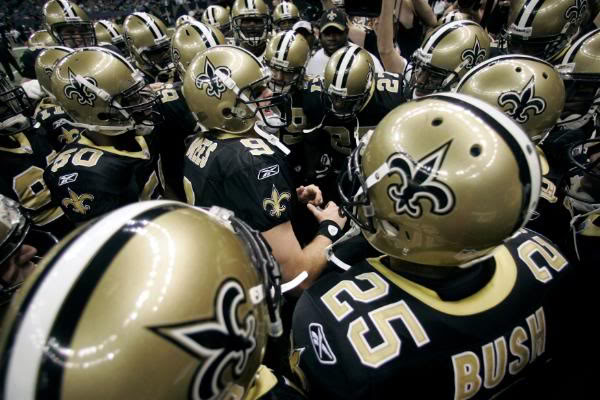 The Saints were mired in controversy from the get-go last season, as commissioner Roger Goodell handed down wide-reaching sanctions in March 2012 resulting from the bounty scandal. Among a number of other suspensions, fines, and lost draft picks, head coach Sean Payton was suspended for the entire season. That loss almost certainly contributed to the team losing their first four games and finishing out of the playoffs for the first time since 2008-9. It’s less clear what Payton could have done for a defense that struggled all year and allowed the most yards in league history, but the team is hoping that a return to normalcy will help them turn things around and become Super Bowl contenders once again.

There’s some good news for the Saints’ chances this year, as the offense doesn’t look likely to drop off much. Chris Ivory and Devery Henderson are gone, but the skill position roles are fluid in this offensive scheme, and it seems likely that other players on the roster will replace their production. One position to watch is left tackle, as Pro-Bowler Jermon Bushrod left for the Chicago Bears in the offseason, leaving the team thin at tackle. Backup and spot-starter Charles Brown will replace him in the starting lineup, and if he struggles it could mean trouble; one the other hand, it bears mentioning that Brees’s super-quick release could make up for any poor blindside protection, and the interior of the line is as strong as ever.

The defense, which was the cause of much of the team’s struggles last year, will have a new look as they switch to a 3-4 base. They should have the size up for that scheme, but the team struggled to put pressure on opposing quarterbacks last year, and it’s not clear what they can do to address that after a number of injuries to the outside linebacking squad. The secondary can’t play much worse than last year, and free agent pickup Keenan Lewis should be an improvement at cornerback, but they are still thin overall. It seems like the Saints are counting more on an improvement in the scheme more than in the roster, particularly with the return of head coach Sean Payton and new defensive coordinator Rob Ryan.

The Saints will want to get off to a strong start against NFC South rivals Atlanta and Tampa Bay the first two weeks, as thanks to a scheduling quirk, they don’t play another division game for nine weeks. Their toughest stretch kicks off with San Francisco in week 11, followed by trips to Atlanta that Thursday and Seattle the following Monday. We should have a good read on their standing in the conference after that.

It’s hard to pin last season’s defensive struggles on any one player, and without a big name addition to single out, I’m taking the easy way out and naming the whole unit as the “player” to watch. This is also my way of saying that the switch to a 3-4 is the most interesting change from last year. Any number of players might benefit from playing in new roles, and some aggressive blitzing could help the team get some pressure on the quarterback. Or it could all blow up in their face for the second straight year. But with the offense unlikely to see any drop-off, the defense will be the key to the team’s season again, though the Saints are obviously hoping for a different result this time out.

As bad as the defense was last year, the Saints still managed to outscore the competition and finish in the middle of the league overall. The hope is that the return of head coach Sean Payton, not to mention a decline in the oppressive media coverage that followed Bountygate, will be enough to return the team to the playoffs. As the team still has one of the league’s best QBs in Drew Brees, that future is not hard to imagine. The Saints, despite their 7-9 record, did manage to draw the league’s third toughest schedule, but those rankings can change quickly once the new season starts. It certainly won’t be easy, but with an exceptional offense, and a well-earned chip on their shoulder, the team should end up back in the postseason.

There are potential pitfalls to keep an eye on as New Orleans tries to bounce back this season. The offensive line is weak at the tackle positions, and the departures at wide receiver may catch up to the offense eventually. Players could struggle making the transition to a 3-4 defense, the team didn’t bring in much new talent, and new defensive coordinator Rob Ryan was not exactly a huge success in the same role in Dallas. Despite all that, I’m betting on the reunion of Drew Brees and Sean Payton to return the Saints to the playoffs.