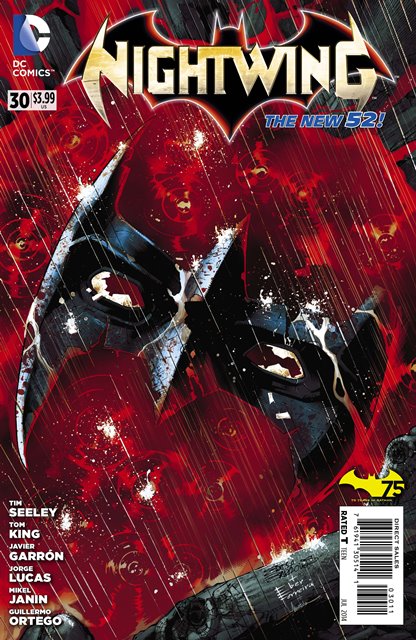 The Bat Family is forced to face the brutal aftermath of FOREVER EVIL, but after everything they’ve been through, can they stand together? FINAL ISSUE!

Picked because: At the end of Forever Evil, Batman had a new mission for Nightwing, aka Dick Grayson. Now, we’re going to see exactly what that means for him and for the rest of the Bat Family. Grayson’s identity was revealed to the world in Forever Evil and his “death” during the events has not been corrected by those who know the truth. For now, Grayson remains dead in the eyes of most of the world. As we know from new solicits, he’ll be moving to a new title, Grayson, soon and will become an agent of the covert ops group, Spyral. The group hasn’t been seen much since Grant Morrison’s Batman Inc. ended and Grayson is getting a new partner, Helena Bertinelli. While she’s known to many familiar with DC lore as The Huntress, she won’t have that moniker here as Helena Wayne of Earth 2 is currently using it. But that might be changing soon, too. This will be an interesting shift in tone for the character who’s spent almost his entire existence in the shadow of Batman. DC has tried lots of different approaches to Dick Grayson over the years, but it’s still anybody’s guess if this one will be the one that truly puts him over the top as the standout character he deserves to be. 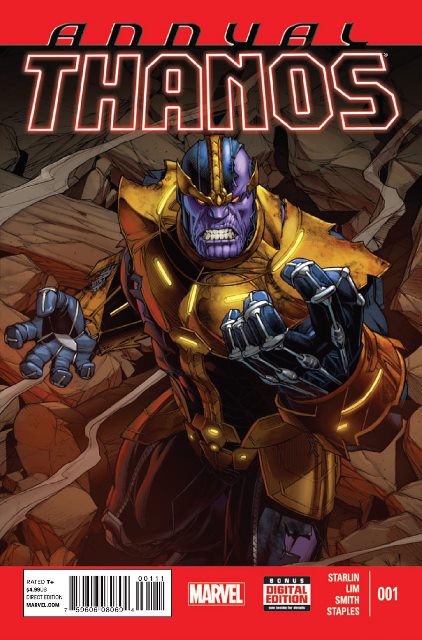 • Thanos must face Mephisto, his future self, the Avengers and more!

• Learn how a devastating defeat in Thanos’ past set events into motion that will redefine the Marvel Universe in the near future!

• A prequel to the upcoming THANOS: THE INFINITY REVELATION original graphic novel!

Picked because: Lots of people who stayed for the post-credits scene of 2012’s hit movie The Avengers had the same question: Who was that purple guy? Well, here’s your chance to learn all about him and his connection to Earth’s Mightiest Heroes from his original creator, Jim Starlin! This story is also setting up the original graphic novel, Thanos: The Infinity Revelation, set for release later this year. While it won’t be an origin story, per say, it’s still going to be a good opportunity for new readers to discover why Thanos caused so many comic geeks to gasp a bit at the end of Avengers. But, it’s also a chance for long-time readers to see a new story featuring the Mad Titan with that classic Marvel feel. This issue is also setting up events that are going to come into play for the larger Marvel Universe in the very near future, so it’s pretty much a must-buy for those following the larger storylines. Luckily, it’s Starlin writing Thanos. If anybody can deliver a solid story on the character, it would be the guy who’s responsible for his existence. 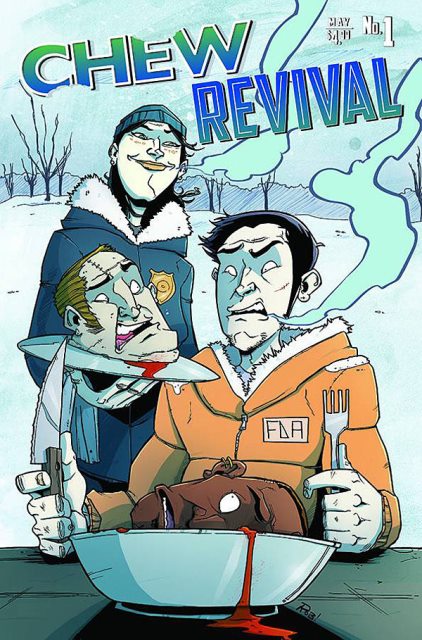 TWO GREAT TASTES THAT TASTE REALLY WEIRD TOGETHER! Tony Chu heads to Wisconsin in two all-new original tales by the creative teams of both critically acclaimed titles! A great jumping-on point for readers who’ve heard how damn good these titles are on their own, and a twisted delight for those already in the know!

Picked because: Ready for something equally chilling and hilarious? This is THE book to pick up this week! It seems a bit odd for these two titles to crossover with one another, even for a one-shot, as they’re vastly different in tone. However, with two of the best writers in the business today working together, this stands a good chance of being the best title comic fans will pick up this week, maybe even this month. John Layman and Tim Seely have some prior experience together as two of the creators involved in DC’s new weekly Batman Eternal. While Layman has since walked away from the series due to needing more time for Chew, Seely is still writing regular scripts for it. Where things might get really strange is in how different the art styles of Chew and Revival are. Still, the setup for these two stories is lots of fun and, even if it doesn’t get new readers to try out either book, should still be lots of fun for those who are already deep into either of them. 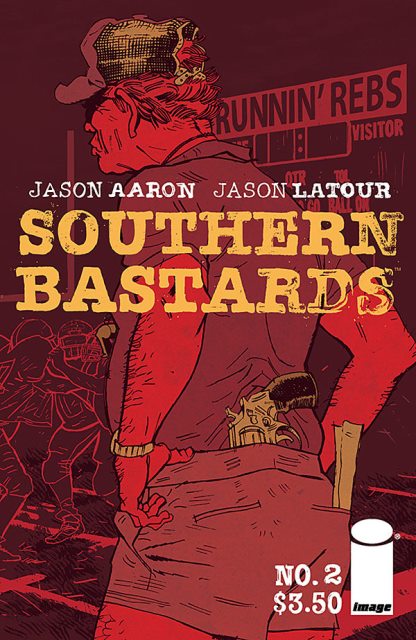 It’s Friday night in Craw County, Alabama. Which means Coach Euless Boss is walking the sidelines like a god. And somebody is fixin’ to die.

Picked because: Issue #1 was quite an opening statement from the two creators on this title. Earl Tubb, like his dearly departed father, just can’t seem to help getting in the middle of things he probably shouldn’t. Where his dad was a former Sheriff, Earl doesn’t have a good excuse other than being someone who hates seeing something that looks unjust. This series is different from most of Jason Aaron’s other work, but as an Alabama native he knows exactly what it’s like in smaller towns that have both charm and dark secrets. Craw County might be a fictional place, but the atmosphere and characters all feel quite real. This issue is going to introduce the major villain of the story, though it’s hard to call anybody in the book completely good. Still, Coach Euless Boss has been setup as one of the most evil comic villains in recent memory and Jason Aaron isn’t the type of writer to not deliver on that. And don’t forget about that one-of-a-kind art from Jason Latour. The tone set for this title is largely thanks to his gritty take on the Deep South and the way he captures the looks and textures of everything from old country roads and narrow downtown streets with their old and rustic buildings to the squinted and wrinkled faces of those who’ve lived hard lives in oppressive heat and humidity. If you’ve ever enjoyed a Coen Brothers film, this is the book for you. 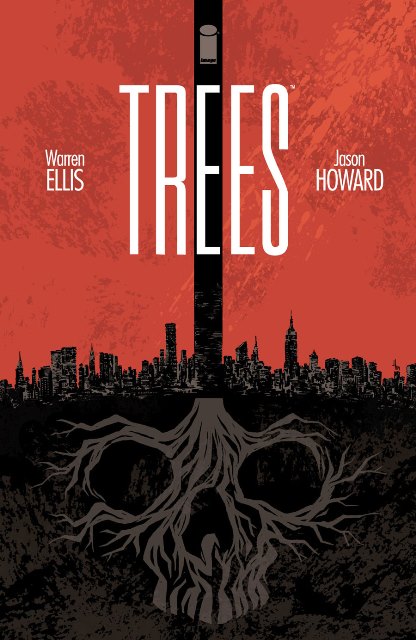 Ten years after they landed. All over the world. And they did nothing, standing on the surface of the Earth like trees, exerting their silent pressure on the world, as if there were no-one here and nothing under foot. Ten years since we learned that there is intelligent life in the universe, but that they did not recognize us as intelligent or alive. Beginning a new science fiction graphic novel by Warren Ellis & Jason Howard.

Picked because: Alien invasion stories have been around for a long time, but one like this is certainly a fresh take. The invaders don’t seem to even consider humans as “living” so they essentially just set about what they planned to do as if people aren’t even there. This story taking place 10 years after the first of them arrived does put an even more creative spin on things. The world has to have changed in that time and probably not for the better. Warren Ellis and Jason Howard have a strong history together with their series Scatterlands and this one looks to up their collaborative profile even more. Ellis has said the series is currently planned for eight issues, but more could happen if the pair have the time and desire to keep telling stories in the world they’ve created. Fans of dystopian future settings will definitely want to check this one out, as will anyone who’s an Ellis fan or just a fan of good science fiction without any superheroes involved. And even if it is only a miniseries, this has the makings of another big hit for Image Comics.