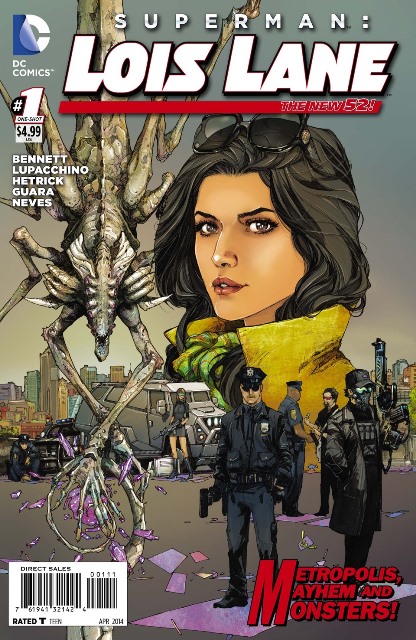 Lois Lane is known for chasing down stories — but what happens when the story is her family? As her father gains more power in the government, Lois’s sister Lucy has become involved with a deadly drug scene! Meanwhile, Lois thought she was rid of the influence of Brainiac, but now she finds that the the computer tyrant of Colu is calling out to her again!

Picked because: Marguerite Bennett is on a roll lately! Her Joker’s Daughter one-shot showed us how the character should have been written all along and now she’s getting a shot at, arguably, the most popular female DC character there is: Lois Lane! As much as this is going to give us in interesting plot twists with Lois’ connection to Brainiac and General Lane gaining even more political influence, this is about who Lois is at her core. The moments with her sister, Lucy, are handled beautifully by both Bennett and Emanuela Lupacchino. The calls for Lois to have a solo series have been growing louder and louder over the last year and this might be the one-shot that tests the waters for how bad fans really want that to happen (and who might be given the reigns to write it if it does). Lois has had to endure being written largely by people who clearly don’t get why DC fans love her so much, but that looks to be changing now. When Geoff Johns and John Romita Jr. take over the main Superman title in June, things should get even better for the First Lady of DC. Let’s hope Bennett gets to see one of her dreams realized in getting  writing duties on Lois’ first New 52 ongoing…if it happens. 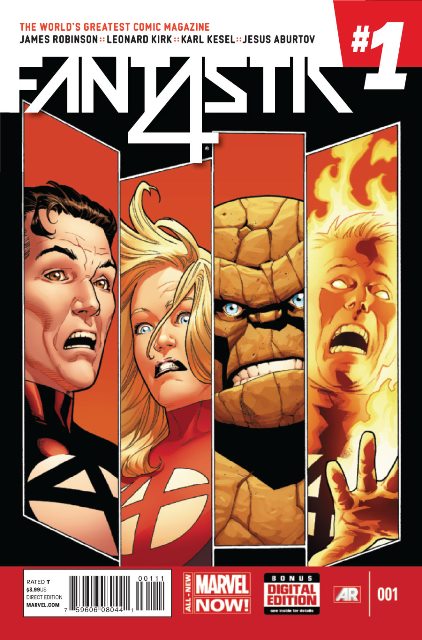 “THE FALL OF THE FANTASTIC FOUR” PART 1

The world’s greatest comics magazine begins anew with Marvel’s First Family, the Fantastic Four! But as the brilliant MR. FANTASTIC, the compassionate INVISIBLE WOMAN, the ever lovin’ THING & the hot-headed HUMAN TORCH embark on a strange mission, they aren’t met with new beginnings, but an untimely end! As the family of cosmic explorers head towards their darkest hour, who could possibly be behind their downfall? And how is one of their oldest enemies, the sadistic dragon known as Fing-Fang-Foom involved? Prepare for the fantastic!

Picked because: The Fantastic Four have had some trouble finding its footing for a while now, but James Robinson and Leonard Kirk are looking to turn up the fun. That’s what a Fantastic Four title should be all about: having lots and lots of fun. Robinson is known for embracing what makes classic characters work and giving it his own flavor. His success with Earth 2 at DC and his other Marvel series, All-New Invaders, show that he knows how to bring back a good concept and get readers interested. While the story is teasing the end of the team, don’t count on it! This is going to be big-concept adventure with some of the most dynamic and energetic artwork of any Marvel title. Even those who aren’t sold on the FF should at least give this first issue a shot. If nothing else, the exchanges between Thing and Human Torch will make it worth the price of admission. 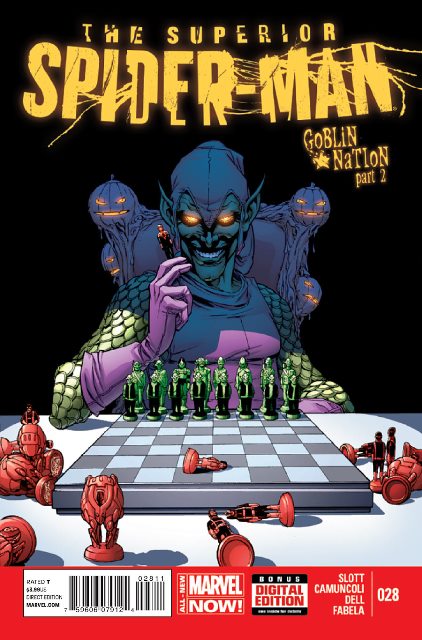 • Goblins! Spiderlings! Super villains! Giant robots! It can only mean one thing: ASSAULT ON SPIDER-ISLAND!

• If you want to see people standing around talking, read another comic. Want to see heroes having a fist fight, go somewhere else?

• You are IN the GOBLIN NATION and this is ALL-OUT WAR!

Picked because: So many bombs were dropped last issue, both figuratively and literally. Doc Ock’s web of lies is coming undone as Spider Island burns around him. For the first time in a long time, he’s actually speechless. Green Goblin has exploited a very big weakness in the “Superior” Spider-Man’s plan and now he’s holding all the cards. Ock is finding out exactly why the Goblins are the greatest threat Spidey ever faced. Of course, Ock’s no idiot and he’s likely to come up with something very clever. Though it’s probably going to come at the expense of his underlings. At least he does show some remorse when they suffer major harm. All the while, the essence of Peter Parker is running around in Ock and his combined memories looking for a way to retake his body and mind. We’re not long now until Amazing Spider-Man #1 and this is the huge battle the series has been building to since the beginning and it’s not to be missed! 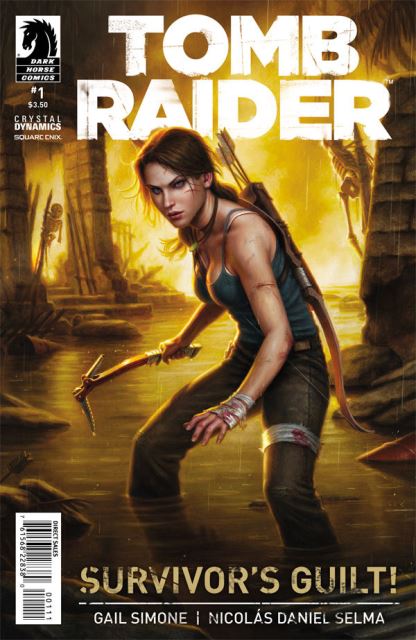 Following the game acclaimed for its bold and sophisticated new vision, this series launches Lara Croft on the formative adventures that will change her life forever!

Picked because: Gail Simone has a real talent for writing female action characters the way they should be. Look at her current runs on Batgirl and Red Sonja for clear examples. Tomb Raider got a really popular (and awesome!) relaunch last year so, naturally, fans want more of that. Luckily for those who didn’t jump on the game, you don’t have to know everything that happened there to get into this. Nicolas Selma and Juan Gedeon put a lot of emphasis on cinematic action in their artwork and this first issue is no exception to that. The motion is going to be so fast you’ll be reaching for your controller before you realize it’s just a comic book. That’s the mark of a good adaptation comic. Historically, video game adaptation titles have had very mixed results. Most have been significantly less fun than the games they were created from. But this one is looking to shift that tone in a more positive direction. Definitely make sure to grab this one. 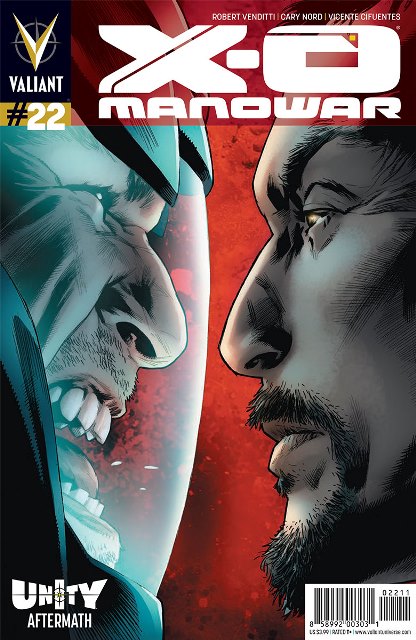 UNITY EPILOGUE! When X-O Manowar thought he had finally found peace, he instead found only more war, death, and destruction…

Now, at his lowest point, Aric of Dacia’s fate rests in the hands with the most unlikely of allies. Will X-O Manowar regain his lost power and seek bloody vengeance on his enemies, or will be forge a new path? A brand new era for Valiant’s flagship hero is about to begin…

Picked because: It’s on now! Aric has the X-O armor back and Toyo Harada is going to pay for what he’s done. For the uninitiated, Aric is not one to suffer fools and he didn’t get to be his people’s leader by being dumb. He’s proving to be a master strategist and that’s going to make the future of the Valiant Universe very interesting. We’re not far from the massive Armor Hunters crossover and the road to that starts here. If you’ve been curious about X-O Manowar or you’ve heard about Unity, this is a great time to get on board with the series. There are certainly worse ways to spend your $3.99.