Apologies for missing last week. The flu is a horrible disease. On that note: Welcome to another exciting edition of New Hotness! Once again, Russell picks his top books to grab this Wednesday at your local comic shop or online. What looks fun? Which titles have major happenings? Is there a new book you shouldn’t miss? Find the answers to those questions and more right here each week! 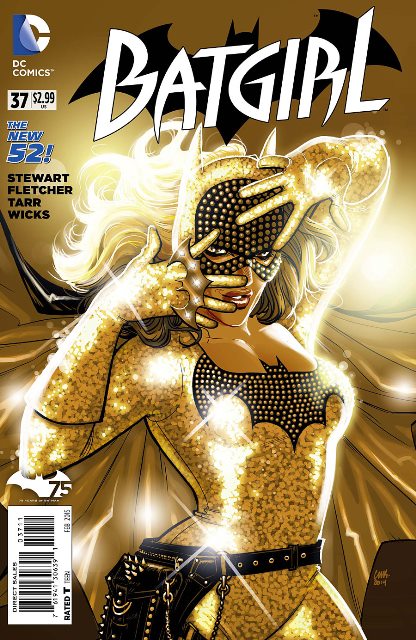 The Batgirl of Burnside is the name on everyone’s lips…but she sure is acting strange since she took up residence in Gotham City’s outer borough! Dangerous joyrides? Photo ops? Sequins? Either Barbara Gordon’s gone off the deep end – or there’s a doppelganger under that cowl!

Picked because: This book just keeps getting better with each new issue. Batgirl is loads of fun every month and it manages to do it without the dark and gritty nature of the rest of the Batman Family. There’s nothing wrong with dark and gritty, but it’s nice to have a book that’s different from that but still in the same lineup. The overarching story for this run so far is Barbara Gordon trying to establish a new life as a graduate student, but somebody has figured out she’s Batgirl and they’re stalking her. Her new cyber-psycho has already destroyed her old equipment forcing her to construct a new suit and whoever it is, is still playing a game of e-cat and e-mouse. On top of that, Batgirl is still dealing with a bunch of lunatics because apparently the affluent side of Gotham isn’t immune to psychotics. In addition to all of this, Barbara is still trying to impress her teachers enough to fund her new school project, but due to some technical glitches that hasn’t gone so well. But she has made new friends and that’s a plus. Babs Tarr is the superstar of this run, though. Her art is a breath of fresh air in the otherwise dark, foreboding world of Gotham City. But just because she’s lightened things up doesn’t mean she can’t draw some fun action scenes. When Batgirl lands a kick to somebody’s face, you’ll want to see that again and again thanks to Tarr’s near-perfect pitch and timing. Get on this book! 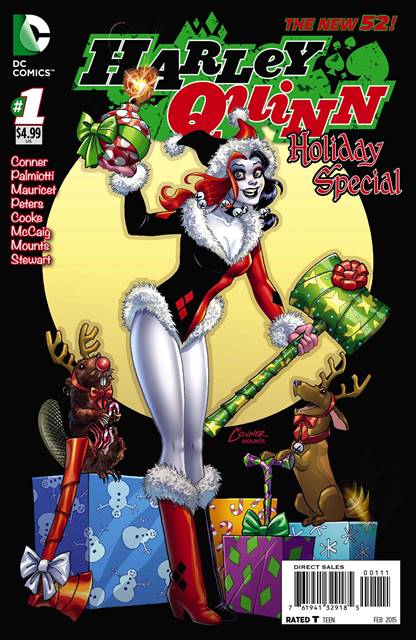 We got you a present, comics fans – a gut-busting (sometimes literally) collection of short stories featuring Harley and her special brand of holiday cheer! Can she get through Christmas dinner without blowing something up? Who will survive the war of the department-store Santas? Don’t miss this one – after all, you can’t spell “holidays” without “Harley!” (Give or take a couple letters.)

Picked because: The holiday season is here and it’s time to celebrate, Harley Quinn style! That means more silliness than you might be able to stand in one issue, but you know you want it. This kind of special is meant for everyone who loves them some Harley Quinn. Various stories from different artists meant to give you a laugh along with some of the best art DC has to offer. One of those artists is the man himself, Darwyn Cooke, so you know you need to get this on that alone. There’s no major continuity to worry about here, just jump in and have a good time. Anyone who love Harley and Christmas needs to pick this up. 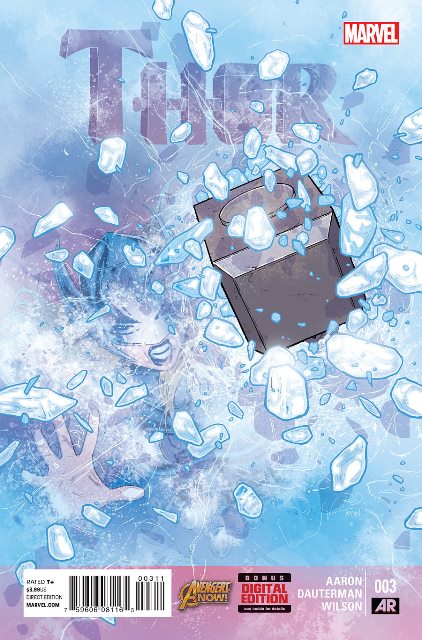 Picked because: Let’s see how the new Thor handles being separated from the hammer for a minute. Last issue saw the new Thor kicking all sorts of ass and showing that she is indeed able to wield it in the same way as the Odinson. But this will be the true test of worthiness. Can she be a hero without it? Will the Front Giants get to her first? Jason Aaron and Russell Dauterman are a great team on this title and it’s, without a doubt, must-buy comics! We’re still at the point in the story where any issue is a good jump-on point, but that could be quickly coming to an end. It’s still easy enough to get issues #1-2, so make sure you do that at some point soon. And we get to see the original Thor show up here, too. He’s lost an arm to Malekith, who now wears it like a boa around his neck. This story hasn’t been short on action at all and it looks like we’re getting even more with this third issue. Any Thor fan should be reading this every month. 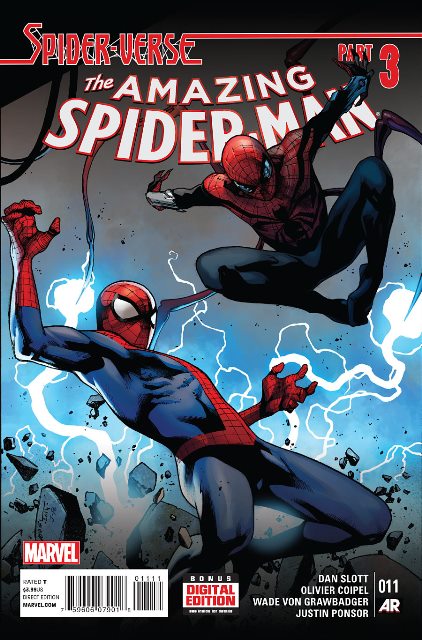 Art and cover by Olivier Coipel
$3.99

Picked because: For everyone who wanted to see Peter punch Doc Ock in the face for stealing his body nearly two years ago, here’s your chance! Spider-Verse is one of the most ambitious Spider-Man stories ever conceived and is proving to be equally fun to read. And with Olivier Coipel on art, we’re getting all sorts of spoiled right now. The best thing that could come of this event is for him to stick around on Amazing once it’s finished. While the book hasn’t been hurting for good artists, his style is too perfect for the book to end after just one event. Slott continues to pour out the intrigue and the funny dialog that doesn’t waste any one of the Spider characters. It’s easy to be scared off by an event, but this is the kind of experience every Spider-Man fan, casual or otherwise, should check out. It’s been 30 years since DC Comics’ massive Crisis on Infinite Earths event and both major companies are putting together events similar to it, including Spider-Verse. After this, could there be only one Spider-Man left? 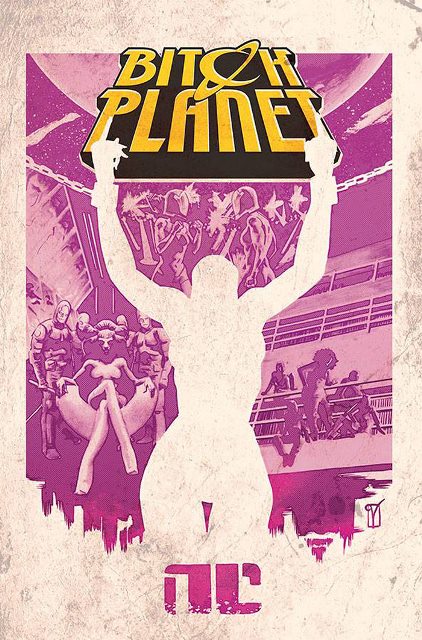 Picked because: It may sound like late-night sexploitation, but DeConnick is one of the most prolific female writers of our time and has a knack for turning concepts on their heads. This is one of those times when you know she’s going to make waves. A women’s prison, in space! Of course, her main character is framed for a murder and thus how this whole thing really kicks off. But she’s going to be locked up with some of the worst of the worst. It’s going to be a social commentary story, but it’s also going to be a story of survival and hard choices. This one has stirred up controversy even before its first issue has been released so you know you’ll want to check out what the fuss is all about. Image continues its dominance in the area of creator-owned hits, and this one looks to open a few more doors to the sci-fi fans who want something really different. With de Landro on art, it’s going to be classic-style, but it’s going to have a level of grittiness to it that any other artists might not be able to fully capture. Lots of people are likely to add this one to their pull lists.