Welcome to another exciting edition of New Hotness! Once again, Russell picks his top books to grab next Wednesday Tuesday at your local comic shop or online. Wait, Tuesday again? Once again, a holiday week, so we get our books a day early! What looks fun? Which titles have major happenings? Is there a new book you shouldn’t miss? Find the answers to those questions and more right here each week! 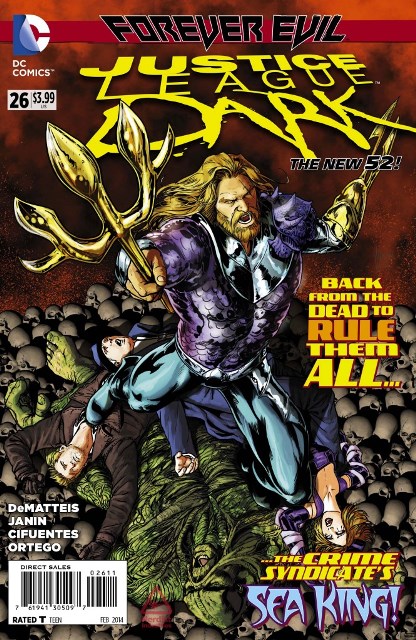 Justice League Dark #26 – Blight has proven to be a really interesting side story in Forever Evil. The living embodiment of evil itself has taken control of the “sins” accidentally unleashed by Pandora and possessed the body of a young man the Phantom Stranger “rescued” from Heaven. It’s a lot to take in, but this issue has a massive surprise: The Sea King is alive!

When the Crime Syndicate invaded the main Earth, they claimed the Sea King (Earth 3 Aquaman) didn’t survive the trip. Well, looks like they were wrong. It stands to reason he won’t be happy about being ditched by his former teammates. How he’ll play into the overall Blight story is yet to be seen as he isn’t known to be a particularly magic-based character, but if he’s going to encounter the JLD first, things could get very interesting and suddenly tie much closer to the main event. This is one those following the main Forever Evil title should probably pick up. 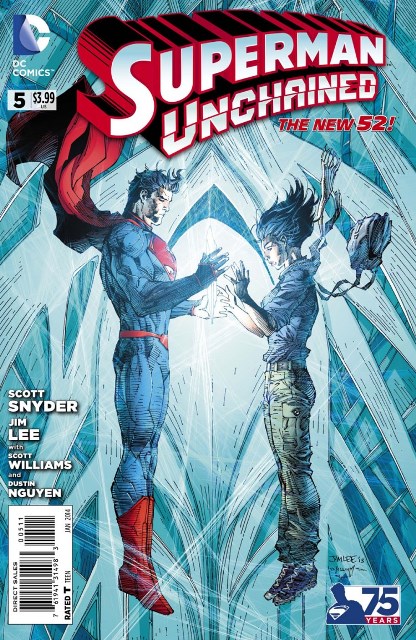 Superman Unchained #5 – Talk about a great take on the Man of Steel! This book may have the worst name of any of the Superman Family books, but it’s got easily the most gorgeous art and an amazing story that would fit in any era of Superman stories. This chapter is poised to reveal a lot more about WRAITH’s past. Where does he really come from? What does he actually want? Why choose to help the US during World War II?

Scott Snyder and Jim Lee were sure to be a powerhouse and have been nothing short of that in this, sadly, delayed title. This first story arc is only going to nine issues, but even still the title has been hit with a few delays. That’s a sure sign that Jim Lee will probably not return for the book’s second story arc…assuming there is one and that Snyder will. We should all hope for a second arc from Snyder as this has been an incredible ride so far with what is easily the best depiction of Lois Lane the New 52 has seen yet. And Snyder writes a really great Lex Luthor, too. He’s decidedly creepy and yet incredibly fun to watch. 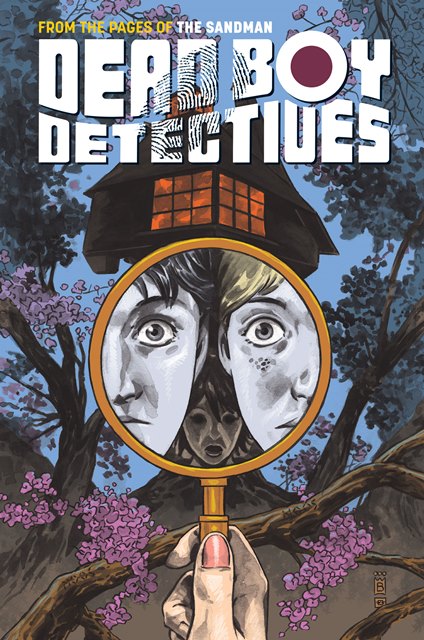 Dead Boy Detectives #1 – Sandman fans rejoice! Maybe this potentially amazing spinoff series won’t find itself delayed after just one issue. The two fan-favorites from Neil Gaiman’s Sadman run, Edwin Paine (died 1916) and Charles Rowland (died 1990) are back to investigate the continuing mystery surrounding their deaths at St. Hilarions in London where they meet a new budding detective, Crystal. The series is going to move everywhere from the school to inside Japanese-inspired video games and even the great beyond.

The Vertigo revival is really starting to take off now with series like the rejuvenated Astro City, Coffin Hill and Hinterkind. Oh, and that little thing called Sandman: Overture. But of all the titles coming out, this one is the one that seems to have the most potential to be both fun and a classic. 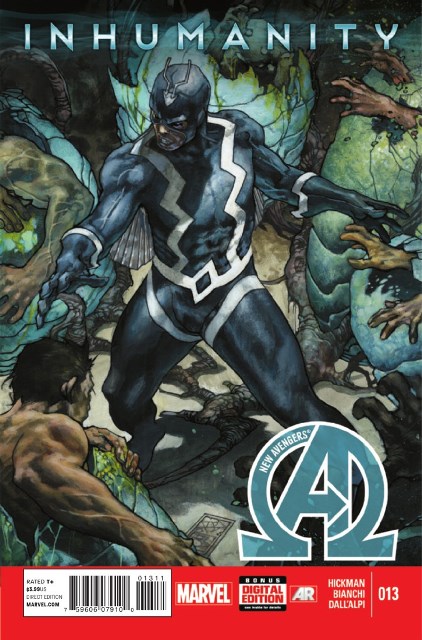 New Avengers #13.INH – The fallout from Infinity continues, and new Illuminati are coming together here. Inhumanity is rolling right out of Infinity and will eventually lead to a new Inhumans title (written by the amazing Charles Soule). But before that, Jonathan Hickman continues evolving the Avengers line with some really high concept sci-fi storytelling. Cataclysm is going on in the Ultimate Universe which involves a breaching of the barrier between universes, but there’re a lot of other universes out there and other incursions are happening that could bring about the end of the world a lot earlier than it should. Reed Richards isn’t going to stand by and let that happen. But it could mean paying a terrible price.

Hickman’s ideas about how to up the ante for the Avengers have proven to be a lot of fun and pushing the boundaries of what the title had been up to that point. And that he continues to build on what happened at the end of Age of Ultron shows a strong commitment to building on what’s come before. There’s plenty to like in this title, especially for those who want something that delves deep in to the political machinations of the major Marvel players. 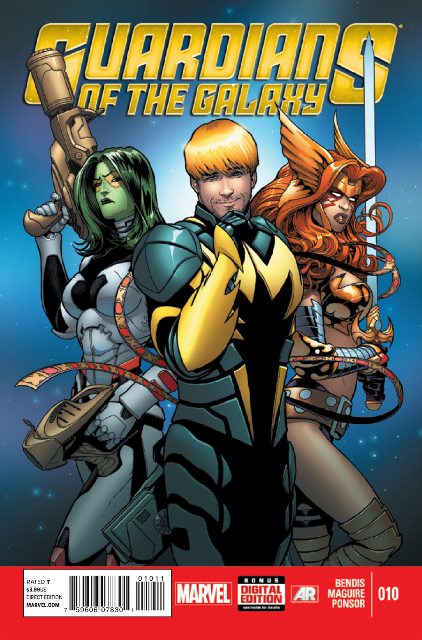 Guardians of the Galaxy #10 – Gamora and Angela on the hunt for Thanos? Yes please! If you haven’t tried this new take on the series, now would be a good time. Brian Michael Bendis has been doing some great things in the X-Men universe, but he’s still got some fun stuff going on in the cosmic Marvel U., too.

Thanos is on the run after the end of Infinity and the two leading ladies of the GotG aren’t letting him get away that easy. The Badoon may or may not be hiding Thanos from those seeking retribution and Gamora has a plan to find out…in her usual way, of course. What’s even more refreshing about this issue is how the two ladies are more concerned with working together than following the over-used trope of fighting each other until a common enemy presents itself. Angela’s time with the Guardians might not be so permanent, so it’s good to take advantage of these issues while she’s there. Oh, and there’s Kevin Maguire art, too! After his high-profile dismissal from Justice League 3000, he’s landed a pretty big gig with this book. It’s a one-time deal, but who knows where that might lead? This is also the lead-in issue for the Trial of Jean Grey crossover with All-New X-Men. If you’re getting that book, you should probably add this one to your pull list now.