One thing we at Place to Be Nation like to celebrate is the subjectivity inherent in entertainment — be it in wrestling, comics, music, television or, indeed, film. With that in mind, ten members of the PTBN staff will be picking the movies of the PTB generation.  In this series, panel members will collect their five favorite films of each year, beginning with the year in which the oldest writer was born — 1976. The only rule given to each contributor was to provide his or her own criteria. Some writers may go with the most artistic films, while others might side with the most iconic blockbusters. We welcome your lists on Facebook and Twitter. Each staff member has submitted a list of five movies from 1981 ranked 1 through 5. A first-place vote is worth five points, a second-place vote worth four points, and so on. Using that point system, we have identified the top 5 movies of 1981.

1981 had the panel voting for the most different movies since 1976 for a grand total of 20. The points were so spread out that just 7 points were enough to make the final list. But before we reveal the top 5, let’s see the movies that received votes, but fell short of making our final list.

History of the World, Part I — 6 points

Clash of the Titans — 3 points 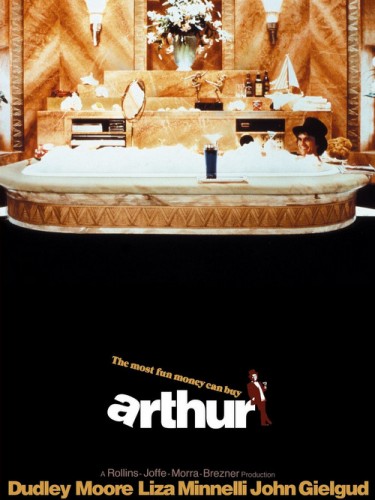 7 points, ranked by 3 of 10 voters, highest ranked by Nick Duke and Anthony Estrada at No. 3

Glenn Butler:  Arthur is a movie about a filthy rich, drunken, hedonistic man bumbling through a gifted life thanks to his paid servants and the somewhat distant family that pays them. For him, it’s party time all the time, and he’ll laugh at all of his own jokes just in case others don’t want to play along. He doesn’t sound very likeable, which is something of a hurdle for a feel-good comedy to jump, and Arthur finds several ways to do it. Chief among those is the casting of Dudley Moore in the starring role, who is so inherently likeable as an actor that he takes a character who might remind current-day viewers of the most degenerate representatives of our one-percenter class and gives him just enough of a shift to avoid that association. The rest of the cast similarly rises to the occasion: Jill Eikenberry, as Arthur’s arranged-wife-to-be, dives headlong into the stuck-up rich stereotype Moore avoids, while Liza Minelli alternates between earnest and jaded (New York City style) as her opposite number, the working-class woman Arthur actually falls for and must win over. Barney Martin, as Liza Minelli’s father, has a very small role but makes the absolute most of it. (“I take it this bum will be calling you?” “Dad! He’s a millionaire.” “You have my permission to marry him.”) And of course, few parts of the movie would work without Sir John Gielgud’s Oscar-winning turn as Arthur’s long-suffering yet genuinely-affectionate servant Hobson.

But ultimately this is a comedy, and it has to be genuinely funny. One of the wonderful touches in the writing of Arthur is that Arthur’s jokes get progressively funnier as the movie goes on, after starting with some cringe-inducing lines in the opening sequence. As just one example, while many of the cast members spend some time acting as straight men to Dudley Moore’s gloriously over-the-top performance, one of the better double-acts in the movie springs up between Moore and a moose. (Comedy tends to wriggle around and die like a fish without water when you write about it, so do seek out the movie itself for more.)

The structure of a movie like this requires that the protagonist see the error of his ways, pledge himself to the cause of a more significant life, perhaps forego some of the things that led him astray (such as his fortune and his constant drinking), win over the girl, and walk off into the sunset. By the end of Arthur, Arthur is still drunk, he is still rich (after much to-do to the contrary), and he still orders his driver around — yet he’s shown enough backbone to get out of his arranged marriage and earned the love of Liza Minelli, a dream we can all share. The movie avoids the expected, dull, full redemption in favor of a more interesting mixed bag that serves to let the good times roll, and roll they shall. 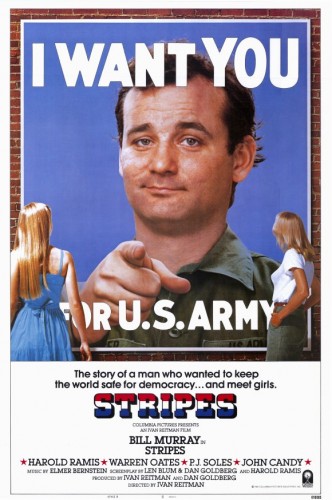 Steve Wille: The first sentence of Roger Ebert’s original Stripes review describes it as “an anarchic slob movie, a celebration of all that is irreverent, reckless, foolhardy, undisciplined, and occasionally scatological.” One familiar with the great Ebert’s works might assume that he was about to go on one of his trademark rants, destroying this sophomoric flick. But what generally would make a movie falter becomes comedic genius in the right hands.

My personal favorite actor, Bill Murray, cements his status as a legitimate movie star playing the lovable slacker turned soldier, John Winger. Murray’s Second City colleague Harold Ramis (whom I’m sure we’ll revisit later in our countdown), makes one of his first big-screen appearances as Winger’s best friend, Russell. The two essentially turn their military platoon into their own personal fraternity, enlisting the other recruits (including future stars John Candy and Sean Young) to participate in their chicanery.

I admit that I haven’t seen this movie in around fifteen years, and I question whether its style of humor stands up to more sophisticated audiences.  But any combination of Murray, Ramis, and director Ivan Reitman deserves a revisit. 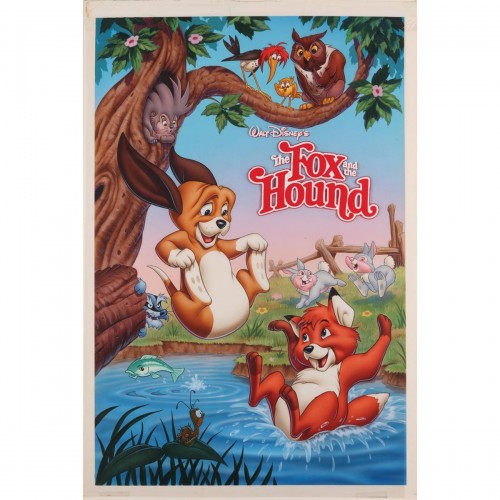 3. The Fox and the Hound

Kati Price: The Fox and the Hound is a Disney Classic. It is one of my favorites and probably one of the saddest. This movie chronicles the friendship between two highly unlikely animals — a fox and a hound. Copper, a blood hound meets Todd, a fox, when they are both pups — before they understood that they were enemies. Todd had been taken in by a kind, older woman and Copper was raised by a man who would train him as a hunting dog. Todd and Copper had a lot of fun together until a hunting trip that would change their friendship. Copper learns to hunt and Todd loses his friend.

This movie is a great Disney movie that is too often overlooked. I voted it number one hoping that it would make the list so that others who may not have seen it may now want to. 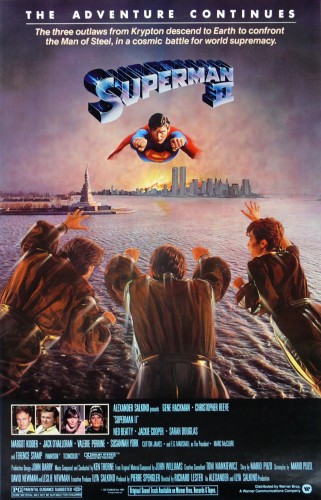 24 points, ranked by 6 of 10 voters, highest ranked by Glenn Butler, Aaron George and Greg Phillips at No. 1

Aaron George: To be totally honest it’s very hard to put into words what the Superman films mean to me. I’m not sure I’d even put any of them in my top twenty films of all time, and yet whenever I watch them I am brought to a very emotional place. I’m not sure if it’s childish idealism or perhaps just a belief in the inherent good of the character but whenever I see that alien flying around on my screen to THAT music, I just feel great.

Superman II picks pretty much right off from the previous film. Superman saves Paris from a nuke and sends it into space. Suddenly though what seemed like a pointless throwaway in the first movie becomes a major plot point for the second as the Phantom Zone is blown apart and out comes one of my favorite screen villains: General Zod.

I love Zod with all my heart. I’m even friends with him on Facebook. Terence Stamp knocks it out of the park with his portrayal of the Kryptonian despot. He’s scary, he’s funny and he dominates the stage whenever he’s on it. I love the simplicity of the fight scenes between the Kryptonians. You don’t need them to be completely destroying a city to get that they are all powerful.

Christopher Reeve is his usual wonderful self. His Superman is great but it’s his Clark Kent that really gives the Superman movies their heart. He bumbles, he mumbles and is completely endearing. Margot Kidder is again strong as Lois and acts as a smart contrast to the bumbling Kent. Gene Hackman is Gene Hackman (This is a good thing).

Sure the plot is simple and there are some questionable things (the saran wrap logo and the forgetting kiss) but I can forgive all that when Clark Kent goes back to that diner to kick the shit out of that asshole.

This movie is great. See it. Some would say it’s all downhill for the series from here, and they’re probably right. For me though, I love the fact that I can pop these in (even III, IV and Returns) and believe in something good for two hours. It’s easy to cheer for a badass who asks nothing of us. Loving the boy scout who makes you want to be better is much harder, but much more rewarding. 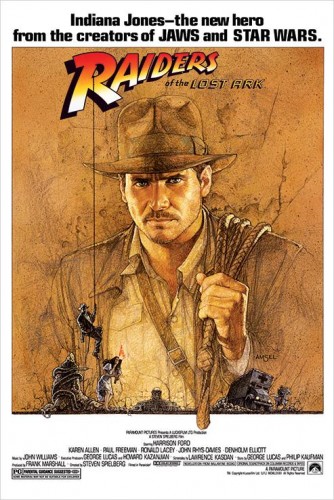 1. Raiders of the Lost Ark

Andrew Riche: George Lucas and Steven Spielberg were film school chums long before either of them hit the big time in Hollywood. But their friendship morphed into collaboration in the late 1970’s when Spielberg became the hottest director in show business thanks to Jaws while Lucas became the next best thing thanks to Star Wars. It was right before the dawn of the 1980’s that the painfully private Lucas and wide-eyed Spielberg huddled up at a beach during a Hawaiian getaway in 1977. Spielberg talked about making a James Bond film, then Lucas countered with a concept brewing in his head for years that was basically “James Bond without the hardware.”

Just as the classic Flash Gordon shows had inspired Lucas to create Star Wars, he used another childhood favorite as fuel to his creative fire. Lucas created a character inspired by the adventure serials from the 1930’s and 40’s but mixed with the complexities of modern times and the advancement of cinema special effects. He was originally called Indiana Smith, but Spielberg liked “Jones” as the last name more, and Lucas conceded. It was on that Hawaii beach that Raiders of the Lost Ark got rolling, and it rolled like the giant boulder that chases Indiana Jones in the fantastic opening sequence in the movie.

What we wound up getting was an undisputed masterpiece in action-packed escapism, the quintessential Saturday matinee that, like many of the artifacts that Indy chases after in the film, never lost its true luster. The supporting cast is pretty nameless and serviceable, but it is Harrison Ford’s iconic performance as Indiana and Spielberg and Lucas’ top-notch vision that made Raiders of the Lost Ark so successful and spawned a series of Indiana Jones sequels and shows decades afterwards. Who would have thought that a movie designed to be a “throwback feature” back in 1981 would wind up becoming such a timeless piece? Like Indy said himself, “Trust me.”